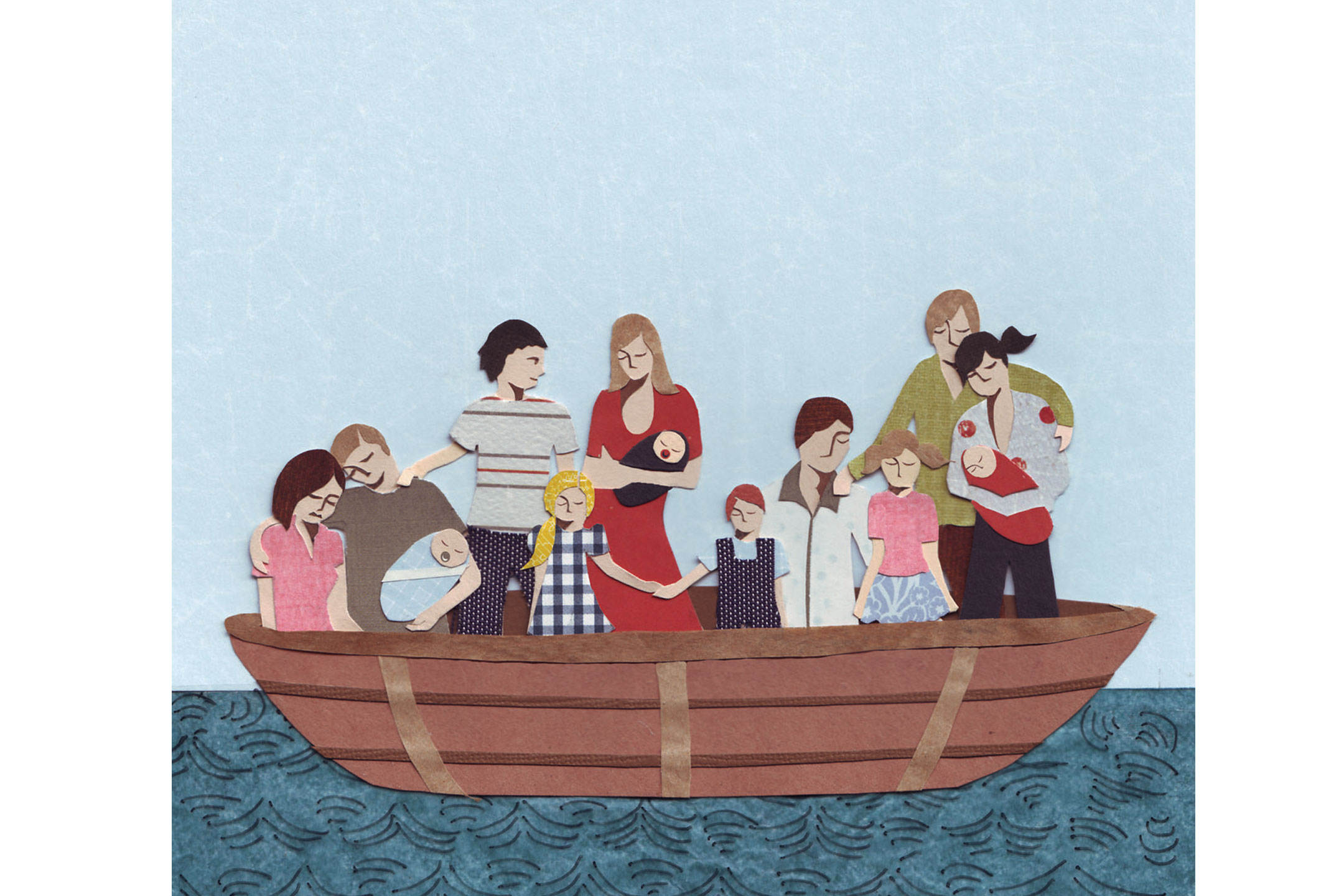 15 Feb Reaching an understanding about disability

Posted at 06:53h in Validate by admin

Brett Meyers discovers that sometimes parents of children with disabilities need to be attuned to the differences between their experiences and those of other parents in the same boat.

I forced myself to stay silent as the two women in front of me discussed the impending arrival of what they assumed would be a baby boy. Standing in a long line at a supermarket, I didn’t mean to eavesdrop – I just couldn’t help but overhear their conversation. “It had better be a boy,” stated the expectant mother. “I’ve already bought all the clothes.” “Yeah,” agreed the other woman. “My biggest fear about having a baby is that they’ll tell me it’s a boy and I’ll end up with a girl.” I admit to rolling my eyes as she said that, but soon realised that I had once thought exactly the same as these two women. I didn’t know then what was truly important – the perfect health of your baby.

Our daughter was born with a disability. Although initially it seemed as if the world was ending (it was certainly more devastating than having a child of the ‘wrong’ sex), we learned to find bright spots in what was otherwise a very dark time in our lives. Our dreams of having a perfect little girl were shattered when she was injured during the birthing process. While we enjoyed great support from our families, and to a lesser extent from friends, it was only when meeting with families of children afflicted with a similar disability that we found people with whom we could identify.

Meeting at a variety of places over the course of a couple of years, we got to know a few of these families and their children affected by disability. We were all in the same boat and felt part of a community, thrust together by unfortunate circumstances, yet making the most of it. In each other we found shoulders to lean on, to pat and, if needed, to cry on. We took pride in the achievements of others and saw hope in their progress. We also sympathised with each other when a procedure or treatment did not have the desired effect. We were a pseudo-family, a strong bond tying us together. We appreciated the heartache, fears, triumphs and disappointments that each of us went through.

Or so I thought.

A couple of months ago we were sitting on a lawn at the zoo, children playing happily around us, as we exchanged small talk with several members of our small community. We conversed about the stretching of limbs, massage, osteopathy, acupuncture, swimming and a number of other activities said to aid in the treatment of our children’s conditions, and we did so with open minds.

Having recently undergone surgery, our daughter was showing marked improvement from the last time we’d all got together. She was now able to do things that some of the other children weren’t. We were proud of her achievements and held the strong hope that she would continue to improve for some time yet, as nerves healed ever so slowly and function returned. Some parents were very complimentary about the progress she’d made, and enquired about the nature of the exact procedure that had been done to give her the degree of movement she now enjoyed. We were very eager to share our experiences with all involved, knowing that the success our daughter was enjoying could play a role in doctors encouraging the same treatment for others in our group. Our daughter was, for all intents and purposes, the guinea pig in an experimental procedure – a procedure that had worked well to an extent, and we wanted to share this with the people we knew could benefit from it.

Lunch came and went, and we strolled around the zoo in smaller, more intimate groups as the day wore on. It was about this time that I noticed that one mother had virtually stopped speaking to us. We had always got along rather well with her, and often spoke on the phone about the condition of our respective children. We’d told her about our daughter’s improvement a month earlier, but this was the first time she’d seen her. Her son’s injury was more severe than our daughter’s and always had been. Where my daughter had limited use of her arm, her son had virtually no movement aside from his fingers. He is a brave boy, full of life and energy, but his arm simply can’t respond to his brain’s commands.

I wandered over to her as she stared into the elephant enclosure, and attempted to strike up a conversation. She was short with me, but I persisted, asking whether she would be asking doctors if the procedure that my daughter underwent could help her son. “My son has a disability!” she blurted, turning towards me. “A real disability – not like your daughter’s pretend one! You don’t understand what it’s like.”

I couldn’t speak for minutes following her outburst. I walked back over to my family, gathered our things and moved on. I was furious. For days I mulled over what was said. I didn’t know what it was like? I’m pretty sure it was me who cried my eyes out after hearing about the injury. I am pretty sure it was me who had taken our daughter to hospital after hospital and rehab session after rehab session to aid in her recovery. How could she be so self-centered? Was my daughter ‘not disabled enough’ for her now? I wanted to call her and give her a blast for being so inconsiderate. I picked up the phone a dozen times, only to put it back down, then think of even more things I wanted to say. I resolved not to pick up the phone in anger.

Several weeks later, I sat in a park watching my children play. They ran, jumped, climbed and laughed. It made me smile to see them having such a great time. My daughter stood precariously on a ladder, reaching for the top rung. She tried and tried to grab it with the hand of her injured arm, but couldn’t quite reach it. ‘Come on, baby,’ I thought to myself. ‘You can do this.’ But she couldn’t, and I had to jog over to help her out of her predicament. As I approached, another father was holding his young daughter steady as she waited to climb the ladder as well. “Come on, mate,” he said to me. “She’s holding up the line.” It was a joke, and I knew it was a joke. He said it innocently, with a smile and a hint of humour in his voice. Still, I found it hard to be jovial. He didn’t understand. He didn’t understand that the things he and his child took for granted were, at times, insurmountable obstacles to my daughter. He didn’t understand that there were some things she would never be able to do well. He didn’t understand that not all children are on the same level as his child, and that some never will be.

Nor did I. Weeks before, when a mother saw our child improving and regaining a degree of normalcy – a degree that perhaps her child may never attain – I failed to understand what she was going through. I failed to understand that the success of my daughter’s treatment magnified the severity of her son’s condition. I had the blinkers on. I was so focused on the gains my daughter had made, I didn’t take into account the way our friend may have felt seeing some good fortune befall another and pass her by again.

I had resolved not to pick up the phone in anger, but as soon as I returned home that day I picked it up in compassion. We spoke at length, tears were shed and I apologised for being so insensitive.

There are differing degrees of disability, and as parents we all go through certain emotions when dealing with them on a day-to-day basis. Sometimes it may require a little more effort to truly recognise where another parent is coming from and how they feel. They share your success, your good times and your achievements, but you also share their hard times, their disappointments and their heartache.

Sometimes it may be difficult to truly understand a parent of a disabled child. Sometimes even being one yourself is nowhere near enough.