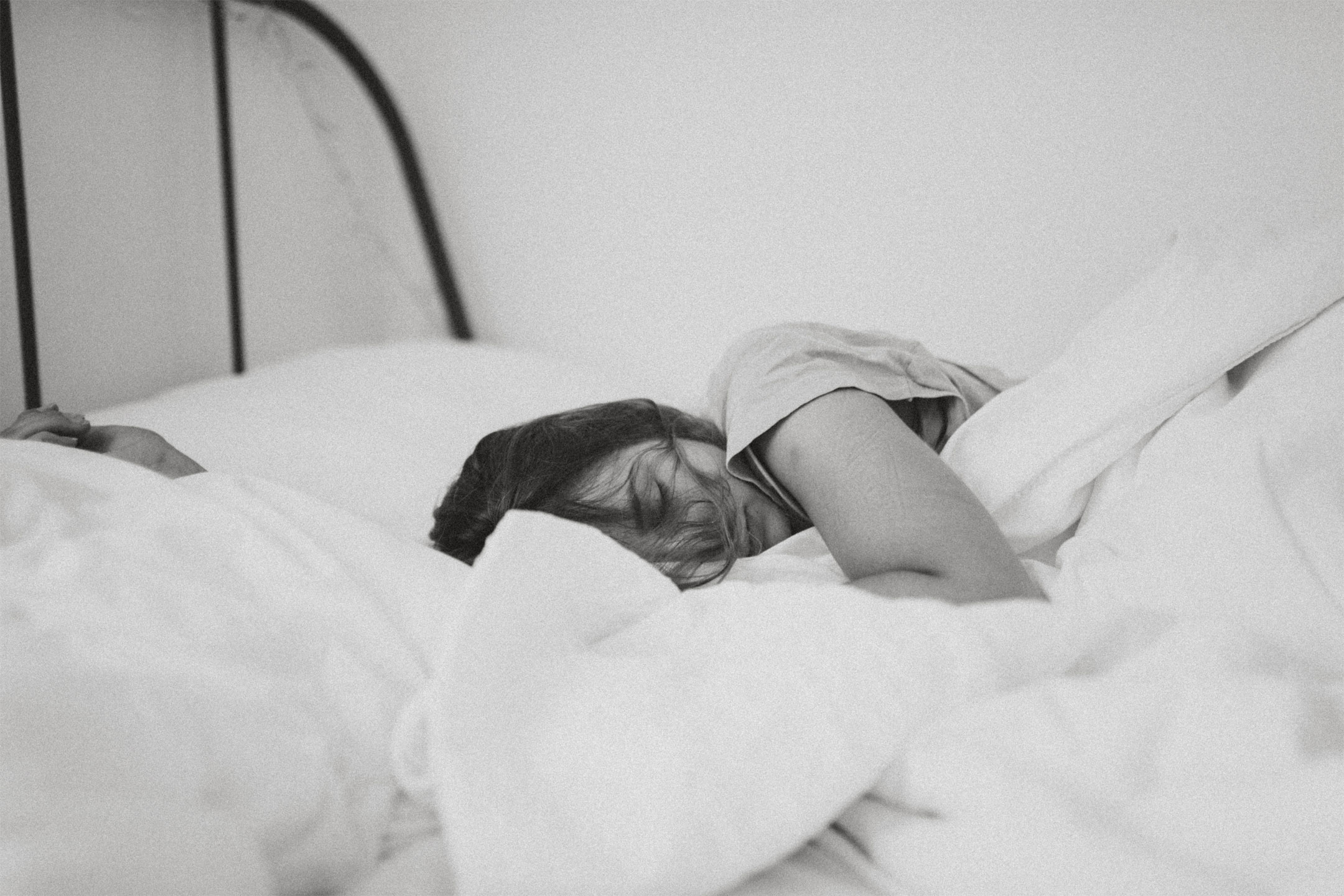 Kate Triglone believes that no parent should feel guilty for asking someone to look after their children while they catch up on some sleep.

Last week I asked my mum to babysit my three-year-old son so I could have a sleep. My husband was a little taken aback that I would actually tell her the real reason I wanted her to have our son for the afternoon. I understood what he meant – that it was pretty outrageous to ask someone to babysit just so you could have a nap. It’s okay to ask for help if you are really sick, if you have an appointment with a specialist, if you have to help someone move house or if you have seven kids. In truth, I had considered telling her I needed to pop into work for a while, even though I planned to hop straight into bed.

Mum seemed fine with my request and my reason for it (either that or she did a good job of hiding her urge to yell “You are soft!” down the phone) and happily invited my son over for the afternoon. I put the niggling guilt aside and took a long luxurious sleep in the afternoon sun. Maybe it was selfish and indulgent, but on that afternoon it was really all I wanted and needed. It felt wonderful; every minute of it.

It is my observation that parents of young children are tired a lot, if not all, of the time. Yet I’ve also noticed that it is hard for most of us to ask for help to have a rest.

I know why it is hard for me. I have a mother and a mother-in-law who are the type of women who never stop. They are always there for others and think nothing of whipping up a hot meal (plus dessert) and delivering it to someone in need. They both work full-time and have no plans for retirement. On top of this, through no fault of their own, they both have chronic lung conditions. One has had a lung removed due to cancer and the other had her lungs permanently damaged as a baby by teething powder. Yet I have never seen either of them lying on the couch doing nothing. When they were raising their children, they made all the meals and biscuits from scratch and there were only two TV channels and one TV with which to distract the kids. Both worked or studied at uni while their kids were little.

With women like this to live up to, you can see why I might feel rather pathetic admitting I am tired. In comparison, I work part-time and I have no health problems. I get my groceries delivered, and my oven doesn’t work, so that rules out cooking. My only possible excuse for being tired is that I have a husband who works long hours (but so did my mother and mother-in-law) and a child who has never been a good sleeper (again, so did my mother and mother-in-law).

When I think about other parents my age, I’ve noticed that some will accept help more easily than others. I know many parents (particularly mums) who will only ask for help when they have pneumonia and gastro at the same time and are on their way to the hospital. In the minority are the parents around me who regularly ask for rest. One friend sends her husband out with the kids on Sunday mornings so she can sleep, then the next weekend it’s his turn. I know another mum who booked herself into a hotel room near her home for a night of quiet bliss. I wouldn’t say these parents do these things without any guilt, for guilt seems to be tattooed onto our consciousness once we have kids, but they are able to put it aside in order to give something to themselves.

I realise how lucky I am to have help nearby, and I know there are many parents of young children who don’t have anyone they can call on when they need a rest. To those parents, I say do whatever it takes to get through. If it means paying someone to take your kids to the park for two hours so you can get a much-needed rest, do it.