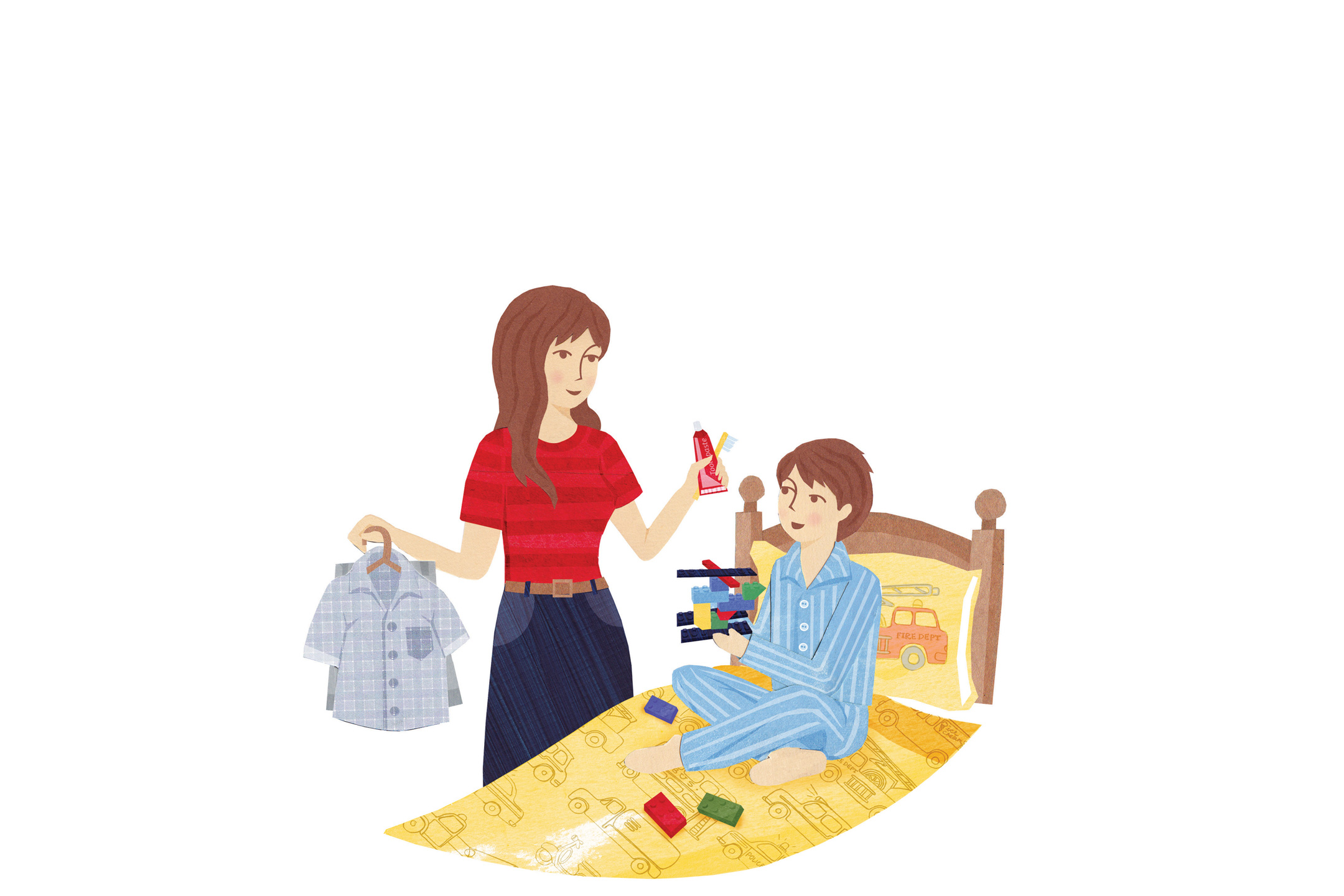 Posted at 12:01h in Back To School, Editors Picks by admin

While her high expectations for her son have not come to fruition, Kathie Karapalidis realises he is doing just fine.

Getting back into the school routine is daunting. There’s the morning ritual that, quite frankly, had its day last year, and the bedtime routine, which creeps up once more. Add to that the thrill of fancying up boring lunches, which are more likely to be broken down in the lunch box than the tummy, and of course the big one: trying to beat the morning bell without sweating profusely. It never happens.

Don’t get me wrong – school is great, and my son likes it. In fact, he only complains about it being boring every second day now, and always greets us with a smile at pick-up. Six-year-old boys often say little about the things they like, let alone the ones they don’t. Trying to get a summary about how the day went can be challenging.

I admit I’m the kind of mum who tries absolutely everything for the sake of her child’s development. When my son was a baby, I took him to every class going – music, baby gym, baby sign school, swimming and playgroup – just to ensure he absorbed as much good information as possible to put him ahead. There was no expense spared on opportunities for him to thrive. I exposed him to chemical-free this and organic that, earth-shaped toys made from natural materials, and even once bought a faceless handmade doll, which I was told would inspire his imagination without prejudice. I thought it would be wonderful. Actually, I thought by Year 1 he would probably be speaking French, writing short stories and discussing matters of the playground at dinner.

Guess what? It hasn’t happened. Sure, he speaks quite well – English only – but he’s still more interested in playing with Lego after school than telling me ‘one good thing and one bad thing about the day’. So as any good mother would do, I ramped up my approach. I gathered all the research I had about where a six-year-old should be at and tucked it away in a little corner in my mind for when, or if, I needed it.

Something happened during the dreaded morning routine the other day that gave me hope. We were due to head out the door in 10 minutes, and of course, my son still wasn’t dressed. He had taken the third mouthful of his (yes) chocolate breakfast cereal when I ordered him to the bathroom to do his ‘two Ts’: toilet and teeth. When I got to his room he was sprawled on his bed in his pyjamas with a Lego creation in hand. So I said, “Tell me where in this room you’d find your two Ts, because frankly my dear, you’d better get into that bathroom quick smart”.

“Tired,” he said. “What?” I quizzed. “Tired starts with T,” he answered. Sometimes when you’ve tried your hardest and think you’ve failed, children can come back in their little ways to tell you everything is simply okay.