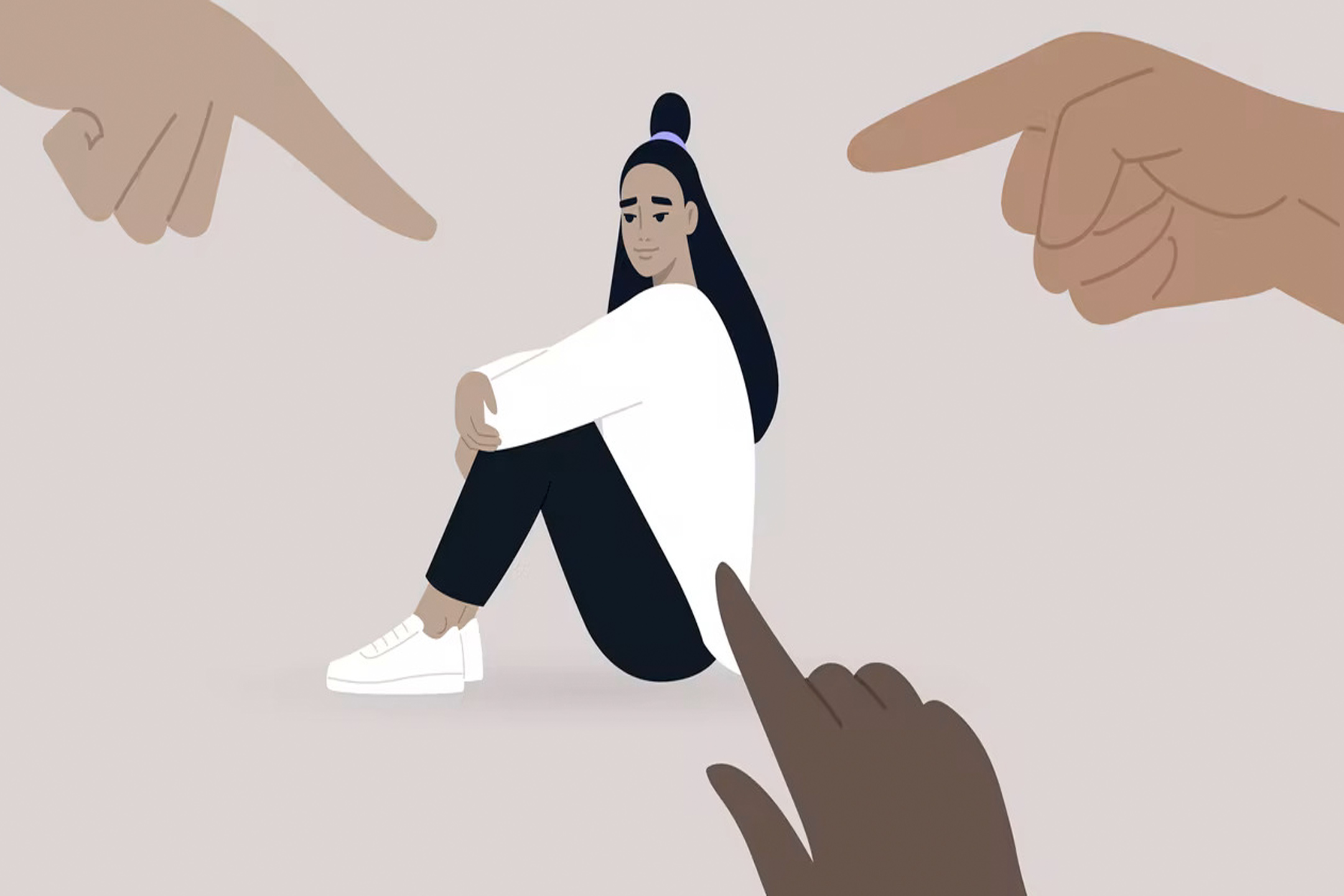 07 Jan Shaming unvaccinated people has to stop: it’s getting ugly

We’ve turned into an angry mob and it’s getting ugly, write Julian Savulescu and Alberto Giubilini

Unvaccinated mother, 27, dies with coronavirus as her father calls for fines for people who refuse jab.

This is the kind of headline you may have seen over the past year, an example highlighting public shaming of unvaccinated people who die of COVID-19.

One news outlet compiled a list of “notable anti-vaxxers who have died from COVID-19”.

There’s shaming on social media, too. For instance, a whole Reddit channel is devoted to mocking people who die after refusing the vaccine.

COVID-19 vaccinations save lives and reduce the need for hospitalisation. This is all important public health information.

Telling relatable stories and using emotive language about vaccination sends a message: getting vaccinated is good.

But the problem with the examples above is their tone and the way unvaccinated people are singled out. There’s also a murkier reason behind this shaming.

Why do we shame people?

Public shaming is not new. It is entrenched in human history and psychology. From an evolutionary perspective, shame is a way of keeping individuals accountable to the other members of their community for their perceived anti-social behaviours.

Philosophers Guy Aitchison and Saladin Meckled-Garcia say online public shaming is a way of collectively punishing a person “for having a certain kind of moral character”. This punishment (or “reputational cost”) can be a way of enforcing norms in society.

However, shaming others is also a way of signalling our own virtue and trustworthiness. Moralising about other people’s behaviour can help us feel better about ourselves.

Vaccination has become such a sensitive issue it easily triggers the instinct to shame others.

Do people deserve to be shamed?

Shaming people for their health-related choices disregards the complexities about whether people are individually responsible for their own decisions.

Take obesity, another example associated with public shaming. The extent to which individuals are responsible for their obesity or for the lifestyle that causes obesity is complex. We need to consider issues including genes, environment, wealth, as well as choice. Indeed, shaming people for their obesity (“fat shaming”) is widely considered unacceptable.

Likewise, low levels of vaccine uptake in some communities is often linked to structural inequalities, including health inequality, and a resulting lack of trust. The blame for this situation is typically placed on broader society and institutions, and not on the affected groups or individuals. 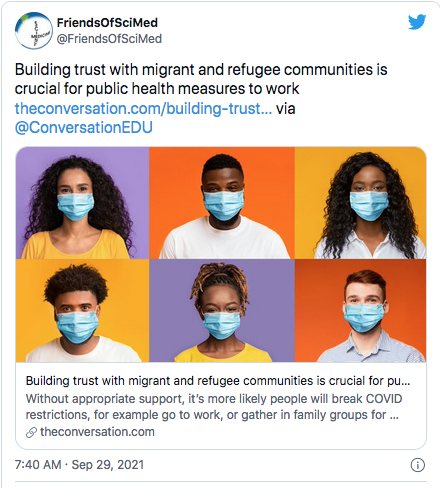 If someone cannot be blamed for something, then shaming them is not ethically justifiable.

In discussions of responsibility it is now common to focus on “structural injustice” or “inequality” – the injustice of various social factors that shape choice and behaviour.

This applies not only to obesity, drugs, alcohol but also to vaccination decisions. 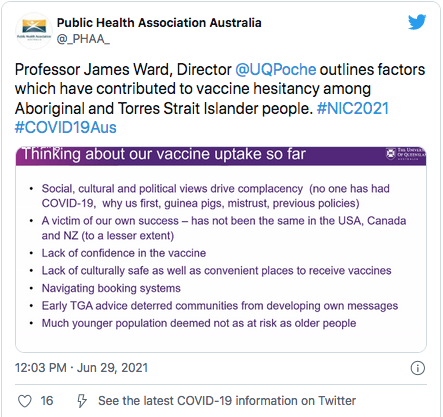 Even where this is not the case, there has been a targeted, systematic and even state-sponsored misinformation campaign about vaccines. People who are misinformed are victims, not perpetrators.

Finally, we should remember why medical ethics has designated autonomy and consent as foundational ethical values. Even where there is a clear expected benefit, and only very rare side effects, these won’t be shared equally. Many will have their lives saved. But some people will be the ones who suffer the harms. This a strong reason for respecting people’s decision about what risks to take on themselves.

Barring any public health issue, an individual should make the decisions about health risks, whether they are from the disease or vaccines. Shaming them disregards the complexities of the distribution of risks and benefits, of the way individual values affect individual risk assessment, and of personal circumstances shaping individuals’ views on vaccines. 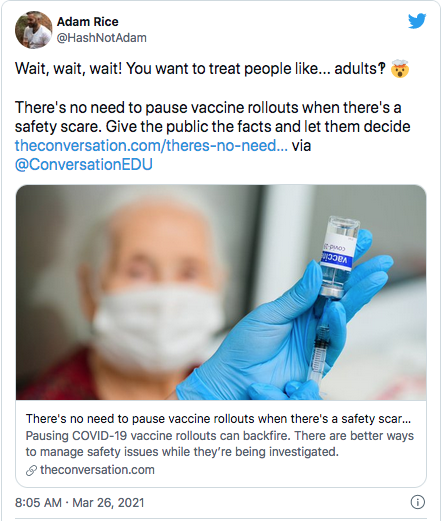 Granted, public health ethics is a broader area and autonomy does not have the same weight there, because other people’s health interests are at stake.

But when public health issues do arise, it is up to public health authorities to limit autonomy through appropriate and more ethical strategies.

One of us (Savulescu) has previously argued for incentives to vaccinate. Mandatory vaccination (such as imposing fines, or other penalties such as limitations on access to certain spaces) would require a separate ethical discussion, but could also be preferable in certain circumstances.

Shaming is a form of vigilantism

One could plausibly imagine shaming pleases people who are vaccinated – especially the most self-righteous among them. But those who are opposed to vaccines, or who mistrust the government messages, are unlikely to be persuaded and may even be entrenched.

Even if shaming was effective, shaming wouldn’t necessarily be ethically justified. Not everything that is effective at achieving a goal is also ethical. Torture is, generally, not a justifiable way to obtain information, even if that information is credible and life-saving.

Shaming is a form of vigilantism, a mob behaviour. We have moved beyond burning witches or atheists, or lynching wrong-doers. We should stop doing these things also in the metaphorical sense.

We have parliaments and formal mechanisms for limiting behaviour, or incentivising it. We should leave it to these to regulate behaviour, not the media or the mob.