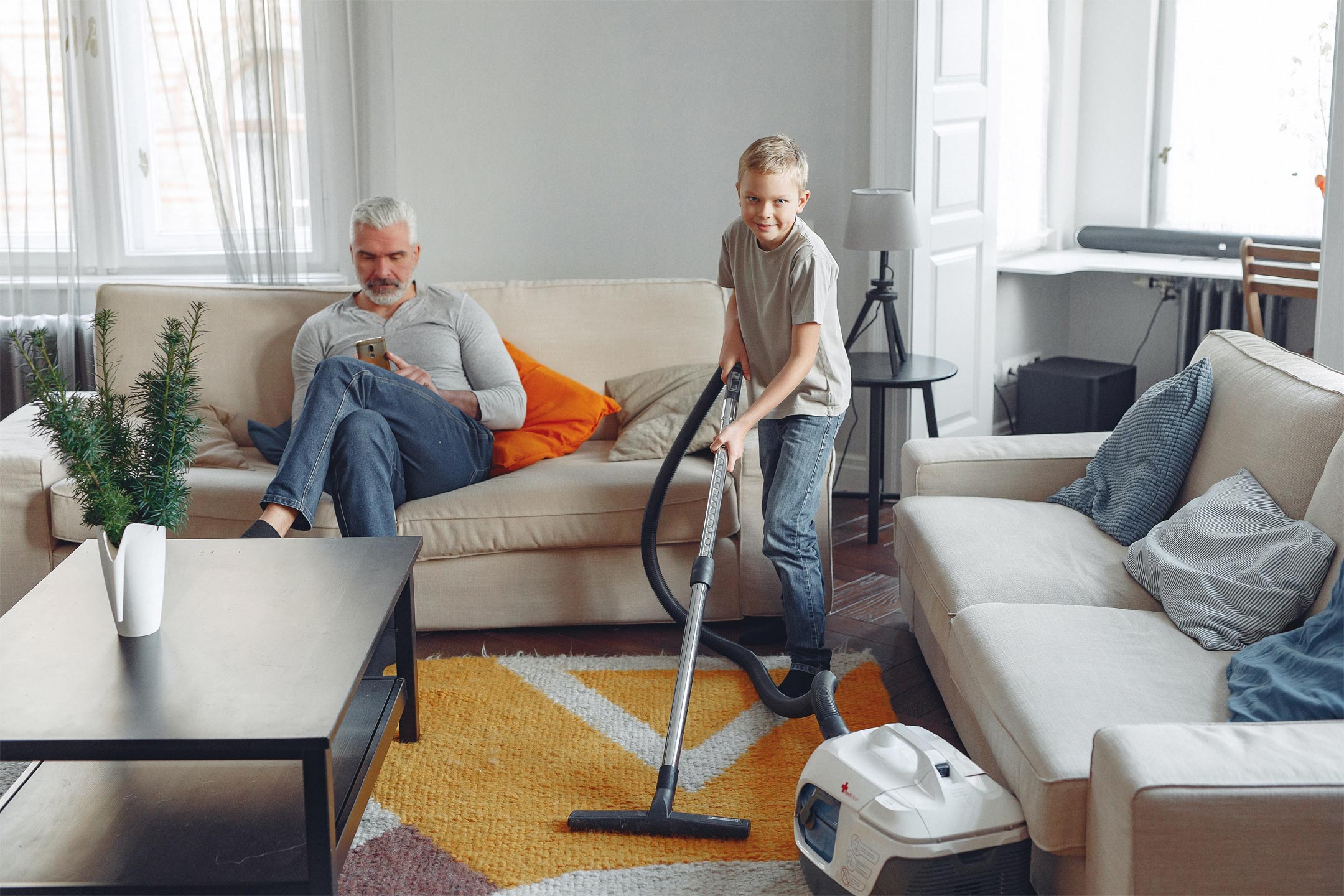 22 Apr Should Kids Do Chores?

Posted at 11:23h in Inform by Guest Contributer

For many families, chores can be difficult to navigate. Kids generally don’t like being asked to do things they don’t want to, and it can be tough trying to explain why some of the more laborious tasks in life are necessary.

Some children will complete jobs whether they’re willing or not, but others might retort with anger, tantrums, excuses, tears or unwarranted negotiations, which is trying for both parents and kids.

While it’s unrealistic to take household contributions away from the unwilling with the message you shouldn’t have to do anything you don’t want to in life, do chores still serve a function when they’re forced?

Dr. Julie Green, Executive Director of the Raising Children Network, says it’s about teaching responsibility. “Encouraging children to take care of their own belongings, pack up, or assist with laundry helps children develop a general sense of what is expected of them,” says Julie. “Building on these jobs assists children to progressively take on responsibilities as they grow.”

Ruby’s 10-year-old daughter Lily isn’t one to take the initiative when it comes to housework. “I think if I left it up to my daughter, nothing would get done,” she says. “She doesn’t offer to clean her room, but will do it when I ask.”

When Lily was asked whether she actually likes doing chores, she replied “no” with a big, cheesy grin. “I get annoyed when I’m asked, but I do them because Mum and Dad asked me to. They need help around the house because they like it to be clean.”

While Lily does appear to have a sense of responsibility, she completes chores out of respect for her parents, rather than acting on her own initiative. Regardless of how responsible someone may feel toward something, it doesn’t necessarily mean they’ll take the initiative to act on it – which should really be the focus of chores if we’re aiming for responsible adults.

Mum-of-four Louise never gives her children chores, and instead instils a sense of thoughtfulness by allowing them to see what needs to be done around the house and to take the initiative to do it themselves. “If someone needs to go to sports training and I say I have to get the washing on the line first, it would be my expectation that they would help put the washing out with me to speed up the process, and in reality this is what happens.”

Louise maintains that a strong work ethic can only be learned by example – children don’t need chores, they need strong role models who can demonstrate these traits on a daily basis. “I now have four very hardworking teenagers who all hold part-time jobs and various positions of responsibility in their lives, and help out around the house.”

Similarly, Julie says, “Children watch what others do, so they are more likely to be interested in helping out around the house if they see others contributing too, and in environments where doing things for one another is part of family culture.”

When asked whether chores were necessary, 99 percent of parents said yes, but also stated their kids wouldn’t necessarily do household tasks of their own accord. In Louise’s case, a lack of chores and heightened sense of what needs to be done has instilled both a sense of initiative and responsibility.

We all ultimately want our kids to grow in to mature, responsible and thoughtful adults, but maybe chores for the sake of responsibility isn’t achieving the desired outcome. When the idea of encouraging Lily in ways so she takes initiative to do household duties of her own accord was presented, Ruby replied, “I suppose that is something we could try. Who knows, she might surprise us.”