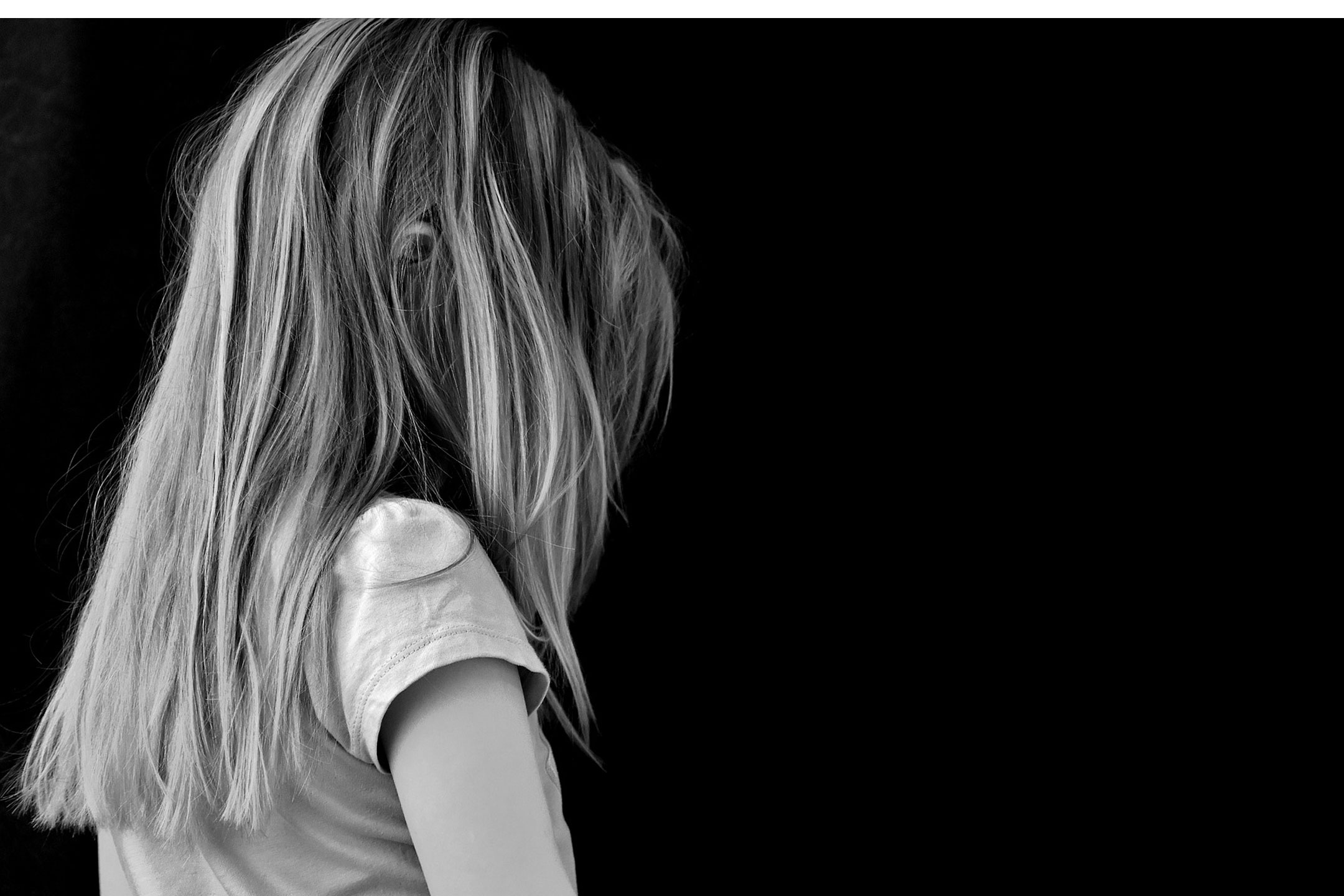 Sexual abuse of a child is the last taboo. People don’t want to know about it, and they most certainly don’t want to believe it could ever happen to their child.

I will never forget the moment I found out my little girl had been sexually abused. The bile in my stomach rose in an uncontrollable act of repulsion, and I started to shake violently. I had the maternal instinct to nurture and protect, and the animal instinct of a lioness to harm and kill. Instead, I had to be calm, remain focused and act normal – all so she would open up to me.

I knew something was wrong, but I just couldn’t work out what.

It was just another night in our busy household. I had already tucked in my baby and toddler, and last stop before I joined my husband for a DVD was my seven-year-old daughter. I leant over to give her a kiss goodnight. She lay there staring at the ceiling, her beautiful mermaid-green eyes tinged with sadness and worry.

She hadn’t been her happy self for the past six weeks – she was sad, depressed, teary and grumpy. I knew something was wrong, but I just couldn’t work out what. She simply said, “Nothing…you wouldn’t understand,” every time l asked her.

The secrets would remain locked within.

This night was different. I kissed her and hugged her tightly. She held on for an extra moment, like she didn’t want to let me go – like she wanted me to see what she couldn’t say. Another big squeeze and l stood up to walk out. She grabbed at my hand and with glistening tears and a quivering voice said, “Mummy, there is something l need to tell you”. At last! My heart leapt with anticipation. I sat down and took her hand in mine. “You can tell me anything,” I prompted.

“It’s about my private parts. Somebody touched them.” My world came falling down. My heart raced, my head spun and my eyes went blurry. My instincts told me to remain calm. If she sensed a negative reaction, this could be it. The secrets would remain locked within.

“It’s okay darling,” I said calmly. “I need to know more. Who touched them?”

“Your secrets are safe with me,” I urged.

“You have to swear you won’t tell Daddy, or Nanny, or Pa, or anyone,” she begged.

Just like that, it was out. She looked at me with a mixture of fear, guilt and shame, and such an intense sadness. “I will be back in one second,” I said. “I’m just going to tell Daddy to watch his movie without me, so he doesn’t interrupt us.”

I found my husband relaxing on his leather recliner, totally oblivious to what was going on. How could his world still be so normal while mine felt like it was over? He looked at me and knew something was wrong. I grabbed his hands, trying to gain strength. I wanted to curl up in a ball and cry for hours. I would later. Many times. “Someone has touched her. She’s telling me now. I need you to come and sit outside the door. You need to listen.” My words ran into each other, a senseless jumble of confusion. We tiptoed back to her room. He said nothing. Like me, his world had now stopped.

“Okay darling,” I said, closing the door. “It’s just you and me now,” I lied. The second of many that would follow. I thought in the brief moment l had left the room she would clam up again, but she was ready to unload the burden. She spoke with such maturity while I sat listening. I was barely able to move or breathe as I silently willed her to keep talking.

We spent the night crying, arguing and talking.

When she finally fell asleep it was my turn to fall in a heap. I wanted to scream and yell and cry until I could cry no more. I also had to be strong for my husband as he fell apart before my very eyes. Broken like no man should ever be. We spent the night crying, arguing and talking. When daylight hit, it was time to start the process: police, doctors and courts. A whole world I never knew existed.

The day started with a visit to the police station with a wonderful, caring and compassionate man who knew exactly what to say. Then it was off to a bigger station with a whole unit dedicated to sex crimes against children. A team of amazing, gentle, warm police officers, who held our hand through the whole process. They talked to us and to her. She was filmed for evidence as we stood and watched through a glass window. “She is the most thorough and composed child l have ever dealt with,” the policewoman told us. We were so proud of her.

Then it was off to the hospital. Again, calmly and composed, she endured her medicals. She showed maturity beyond her years and acted like she just knew it was a process that had to be done. Finally, after an exhausting day, it was all over.

There was just one last thing to do. She had been begging for a Cabbage Patch Kid for months, so we stopped by the shops. Like any seven-year-old girl, she took her time choosing. We stood, waiting patiently, smiling at other parents who were amused at the huge line up of dolls as our daughter tried to decide who was coming home with us. “Libby! I want Libby,” she finally said. As we handed the money over at the checkout, the kind operator smiled at her and said, “Wow! She’s beautiful. You must’ve been a really good girl today.”

Tears filled our eyes. Yes, a very good girl – and a very brave one, too.

Many months of court hearings and years of counselling followed. Thankfully he pleaded guilty and our brave girl never had to take to the stand. We were surrounded by some amazing people who loved and supported us, and we also lost many friends who just couldn’t or wouldn’t understand what we had been through. CASA (Centre Against Sexual Assault) was incredibly helpful and the Police SOCIT (Sexual Offences and Child Abuse Investigation Team) was so understanding and caring.

Sexual abuse of a child is the last taboo. People don’t want to know about it and they most certainly don’t want to believe it could ever happen to their child. I lived with guilt for years, wondering how I could have protected her better. We live in a fallen world, where predators are disguised as our friends and our family. My beautiful little girl is growing up fast. She is a teenager now, but she is petrified of boys and still has counselling for the recurrent nightmares. That day changed our lives forever. It’s like a beautiful vase that has been smashed to pieces and carefully, painstakingly glued back together. It may appear perfect from a distance, but if you look very closely those breaks will always be there.