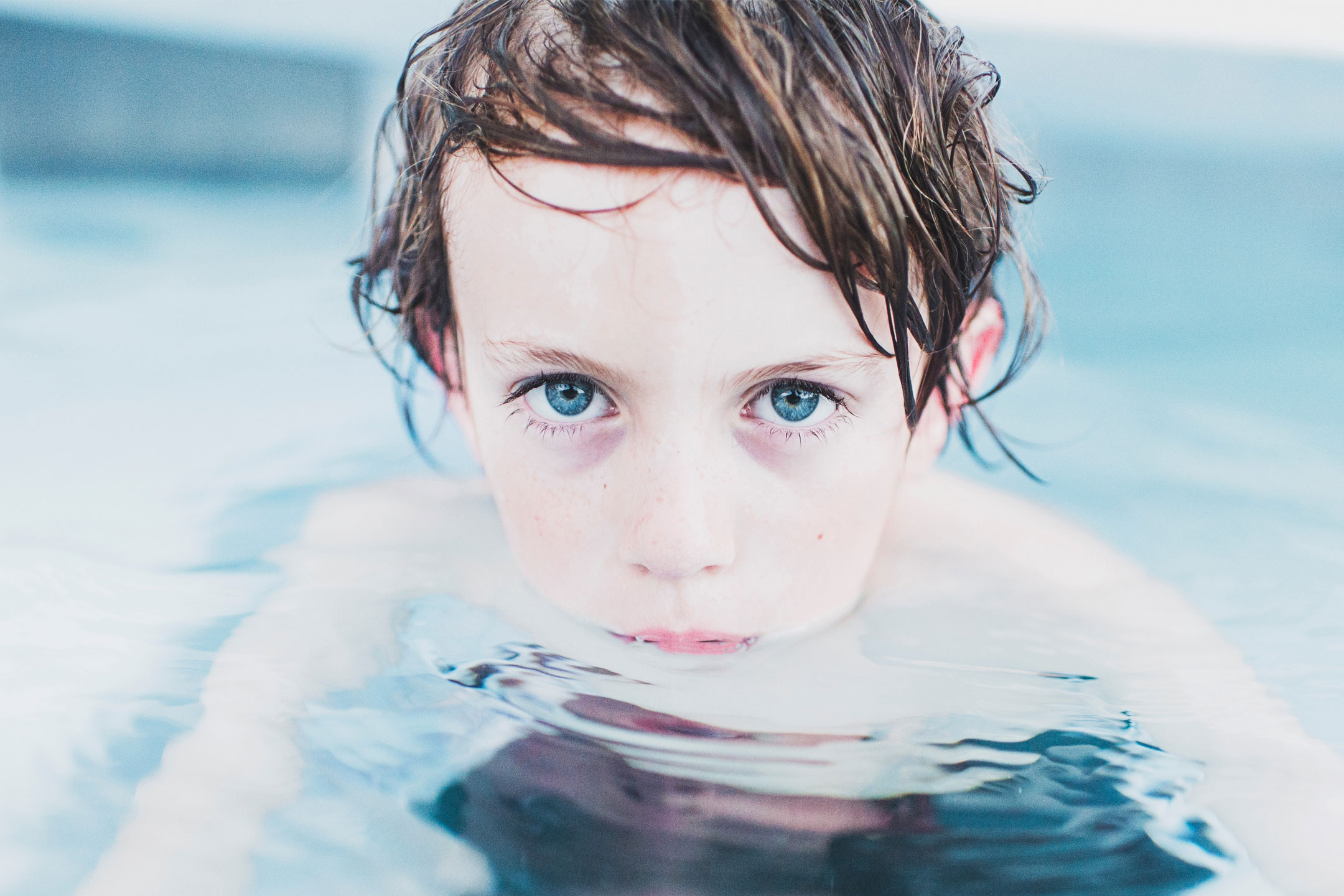 29 Jan Slipping through the cracks: Autism-the years of frustration

Beatrix Hooper* looks at the years of anxiety and tears her family spent, searching to get the correct diagnosis for her son’s behaviour.

Part one: The Years of Frustration

‘Yes, your child has autism,’ the psychologist told us.

I couldn’t help it. I burst into tears.

Even though I knew this was the likely diagnosis after spending years searching for an answer, my heart beat like crazy and I felt like I was going to be sick.

The scary “A” word was here, spelt out in a long detailed psychological report, with various levels and ratings scores.

There is no magic cure for autism. Just hours of reading, research, therapy, tantrums, rewiring our own brains with strategies and psycho-babble and a lot of preempting possible problems and, you guessed it, even more tantrums.

And it won’t ever go away. Autism is forever.

We now had a child with a chronic disability. It was a relief to finally put a label on our son’s atypical behavior, but also a time to grieve. He had slipped through cracks and I felt I had failed him as a parent.

Getting a diagnosis has been a very long journey. You can’t take a simple blood test or do a brain scan for autism. It can only be tested by observing behavior and spending long tedious hours answering questionnaires.

Just a few months ago, at nearly ten years old, my beautiful, happy, funny and larger than life boy was diagnosed with Autism Spectrum Disorder (ASD). If he was diagnosed before 2013, he would have what is known as Asperger’s Syndrome. But this ‘milder’ form of autism has now been added to the autistic spectrum. His dad and I have been riding the often-terrifying rollercoaster that is Diagnosis Land since then. We have blamed ourselves for not seeing the obvious, driven ourselves mad with wondering if we could have done anything differently or if earlier intervention would have helped him. Now we have been doing the rounds of endless meetings with therapists, psychologists, teachers and school counsellors, finding out how to apply for funding. For us, autism has been financially, emotionally and mentally draining, and we haven’t had much time for anything else.

Every case is different, but it took us about three years to get an answer.

Increasingly worried about our son’s outbursts and his seeming inability to regulate his emotions (a psych-speak euphemism for having frequent tantrums) we have been taking George* to specialists off and on for years, only to have medical experts tell us not to worry, he will grow out of.

But he didn’t grow out of it.

As his peers became more mature, and could better handle the complexities of team sports, group work and the small inconveniences of life, it was becoming more obvious that our son was years behind everyone else. Many times he was in tears when we picked him up from a birthday party. All the excitement overwhelmed him.

He struggled to keep his temper in soccer, and often had a tantrum at the end of practice if he felt he didn’t get to kick the ball enough. He had problems with ‘surprise touch’, if anyone bumped into him in the playground he would scream like a banshee and lash out. He found it very difficult to get off the computer, and there would inevitably be a tantrum when asked to.

The first time we seriously considered it was autism was when we went to my parent’s beach house with another family to stay overnight. The alarm key was broken and we couldn’t switch off the alarm. The shrill noise invoked such terror in my then eight-year-old son that he started screaming and ran off down the street and his dad had to chase after him. The other kids didn’t like the noise either, but they just found a quiet spot to play together while we sorted it out. They didn’t have the extreme reaction to the noise my son did.

About the same time his Year 3 teacher called a meeting with me and his father, and gently pointed out that socially, George was far behind his peers. His work was excellent, but he would burst into tears at the slightest upset, like his pencil breaking. He had a lot of trouble in group work, and got very frustrated when the other kids didn’t think the same way he did. He seemed to have problems with personal space, and hugged everyone whether they liked it or not. The teacher also pointed out that George wasn’t a bad kid, but he suggested we get him seen by a specialist.

We started taking him to an Occupational Therapist every week.

After an assessment, they diagnosed Sensory Processing Disorder. He was acutely sensitive to sounds, lights, touch and taste, which was causing him considerable distress in the classroom. He also sought deep pressure sensation, which is why he hugged everyone, often too hard. But they didn’t feel that he was autistic as he socially didn’t meet the criteria. He sought out friends, looked people in the eye and had a wicked sense of humour. But after 6 months of therapy, we still had nagging doubts, so we went on the waiting list to see a pediatrician. This took us over into the beginning of Year 4, when I told the new teacher what was going on and it was likely he would get an ASD diagnosis.

When we finally saw the pediatrician, she observed George, interviewed me and rang his teachers. However, she could not diagnose autism, as again, socially he did not fit the criteria. But as she pointed out, it didn’t mean that he wasn’t on the spectrum, it just meant that she didn’t have sufficiently fine tools to diagnose it. So we were referred to a children’s psychologist.

By the time we saw the psychologist, several months had passed and George’s behaviour at school had worsened considerably. It was as if he had buried all his autistic traits for most of his life and now he just couldn’t stop them.

He would rip up his books and his work if he got something wrong, like a spelling word. He frequently received detention. He threw things, such as whiteboard erasers, and once he even threw a chair. He held his hands over his ears and he rocked, making a high-pitched scream. Other children in the class grew increasingly afraid of him. He wouldn’t listen to the teacher or her instructions.

His teacher was growing increasingly frustrated with wait for the diagnosis, as without one, she wouldn’t get any extra support from the school. On request, I kept him at home if he was tired and I wasn’t working (I work part-time as a librarian), as his behaviour always worsened. I even seriously looked into pulling him out of school and homeschooling him. It was agony sending him to school – my son was in distress and I felt powerless to help him.

After finally meeting with the psychologist, she agreed that George should be tested for autism.   We also got an IQ test, as his once excellent marks at school were now plummeting. In July 2019, we finally got the diagnosis we had been waiting for. He had Autism Spectrum Disorder, with Level 1 social communication and Level 2 repetitive behaviours. This meant our boy had been struggling with low to moderate needs autism for his whole life. He also had the extra problems with a Sensory Processing Disorder, and is highly sensitive to sound, touch, bright lights, smells and textures which, in a busy classroom, is the cause of high levels of anxiety. He was also found to be intellectually gifted with an extremely high IQ, who learnt better visually and this has been another cause of his frustration in class.

My child was now officially disabled with a mental disorder.

Diagnosis Land is not all rainbows and fluffy white clouds with autism. Quite frankly, it’s a rough ride. I was angry. Why George? Why us? After the diagnosis, I spent every spare minute reading up on every autism book I could find. But I also questioned and doubted everything I had ever done as a parent. Had I done something to cause his ASD? Was his bad behavior just because of poor parenting? I was the main carer of our children as my husband worked long hours, and when he is with them he is infinitely more patient, and much more fun than I ever am! I even went through a stage when I thought George had been misdiagnosed, and his behaviour was just a result of learned behaviours. ASD can run in families, and I thought that maybe I had it, and not George. The diagnosis made me doubt my own sanity, and my own standards of ‘normal.’

It didn’t help that well-meaning people (including my parents and his teacher) were horrified we got such a late diagnosis. Surely we should have seen the signs? I felt as though I was wading through rainbow-coloured treacle and unfortunately, I sank into a depression. I was just barely functioning as it was. It was all I could do to get through the day, look after my son and daughter, take my son to his many medical appointments and therapies, and try to do what was best for them all.

Looking back, I should have sought professional help. But this was just another thing to add to my to-do list. Since his diagnosis, his school has applied to the Department of Education for funding, but 5 months have gone by, and it is unlikely he is going to get any extra help in the classroom yet, which is frustrating for both him and his teacher. Also, we don’t know how many hours he will be allocated if he does get approval, so we don’t know how effective it will be.

As we have continued along our autism journey, the dark clouds have lifted and I can feel the anger and sadness lessening. We have told George of his diagnosis, and he is trying to come to terms with it. He knows he is different, but we have made it a positive, telling him that many of the greatest inventors and artists in the world had autism, and that thinking differently is a wonderful thing. I never want him to feel inferior or as though he is unable to achieve because of his autism. We have conversations about autism in passing, and I try to keep that connection open so he can ask me anything. We have left it up to George to tell his friends if he wishes to, as it’s his choice.