Anne-Maree Brown pockets the ‘answer’ to coping with life as a new mum.

I have never really been good at being a bad girl. Whether it was my Catholic upbringing or ruddy Irish complexion, I was always transparent.

I grew up in the depths of suburbia. It was homogenised, safe and mundane, and there were several ways to break the boredom, the most popular of which was shoplifting. I once tried to snatch a packet of bubblegum, but lost my nerve, had a sneezing attack, and ran from the store certain that police dogs would follow.

In my eyes, she was the coolest thing in the neighbourhood.

Around Year 7 I developed my first bad-girl crush. Sally was two years older and lived down the road. She had honey-tanned skin, nut-brown hair and an icy stare that could cut glass. In my eyes, she was the coolest thing in the neighbourhood.

One afternoon we were meandering through the shops when Sally stepped into a health-food store. I hadn’t even considered it a strange choice for a 13-year-old girl. She wandered down the aisles running her fingers along the inventory, before cupping her hand around a bottle of multivitamins and smoothly sliding it into the pocket of her shorts.

Ten minutes later at the nearby park, she offered me one. “I know they’re vitamins, but they taste just like Fruit Tingles,” she said. “Is that why you stole them?” I asked her. She responded with a shrug. “I don’t know why I do it, I just do.” Her eyes glazed over with a sadness I had not seen in her before.

Things soon changed with Sally. She fully embraced parties, boys and the teen life, and we drifted apart. Time and life experience eventually forged me into something more interesting than simply being commendable and ‘good’. One New Year’s Eve a quiet surfer boy dropped into my lap and stayed. Life was free and easy. We decided to have a baby, and when I became pregnant I was determined I’d still be my chic self, looking radiant and ever the social butterfly. But life had other plans.

I would lie awake at night, panic-stricken, unable to fathom what worried me.

Once the vomiting started at the six-week mark, it never ended. My daughter came screeching into the world three weeks early, and everything changed. She wouldn’t feed or sleep, and nothing was like what we’d expected. I loved her but didn’t really like her, a realisation I found completely abhorrent. But it couldn’t be the postnatal depression I had read about, because I still laughed, went out, and got things done.

Still, something had changed. My mind was constantly racing, and I would lie awake at night, panic-stricken, unable to fathom what worried me. I stopped talking to my husband and would fly into inexplicable fits of rage. Then it started.

I noticed one of the shirts wasn’t security tagged.

One Saturday I wandered into a designer-clothing store, enjoying a rare baby-free moment. I felt like I wanted to look confident, sanguine and carefree. I reasoned that if I looked the part of a well-groomed wife and new mother, surely no one would suspect I wasn’t coping. But the prices were out of my reach. Then I noticed one of the shirts wasn’t security tagged. I felt a wave of calm wash over me. I felt cool and alive. I knew that I could get away with it. Me, the good girl, the one whose face always gave her away. I slipped the shirt into my handbag in the changing room then left. I had done it. 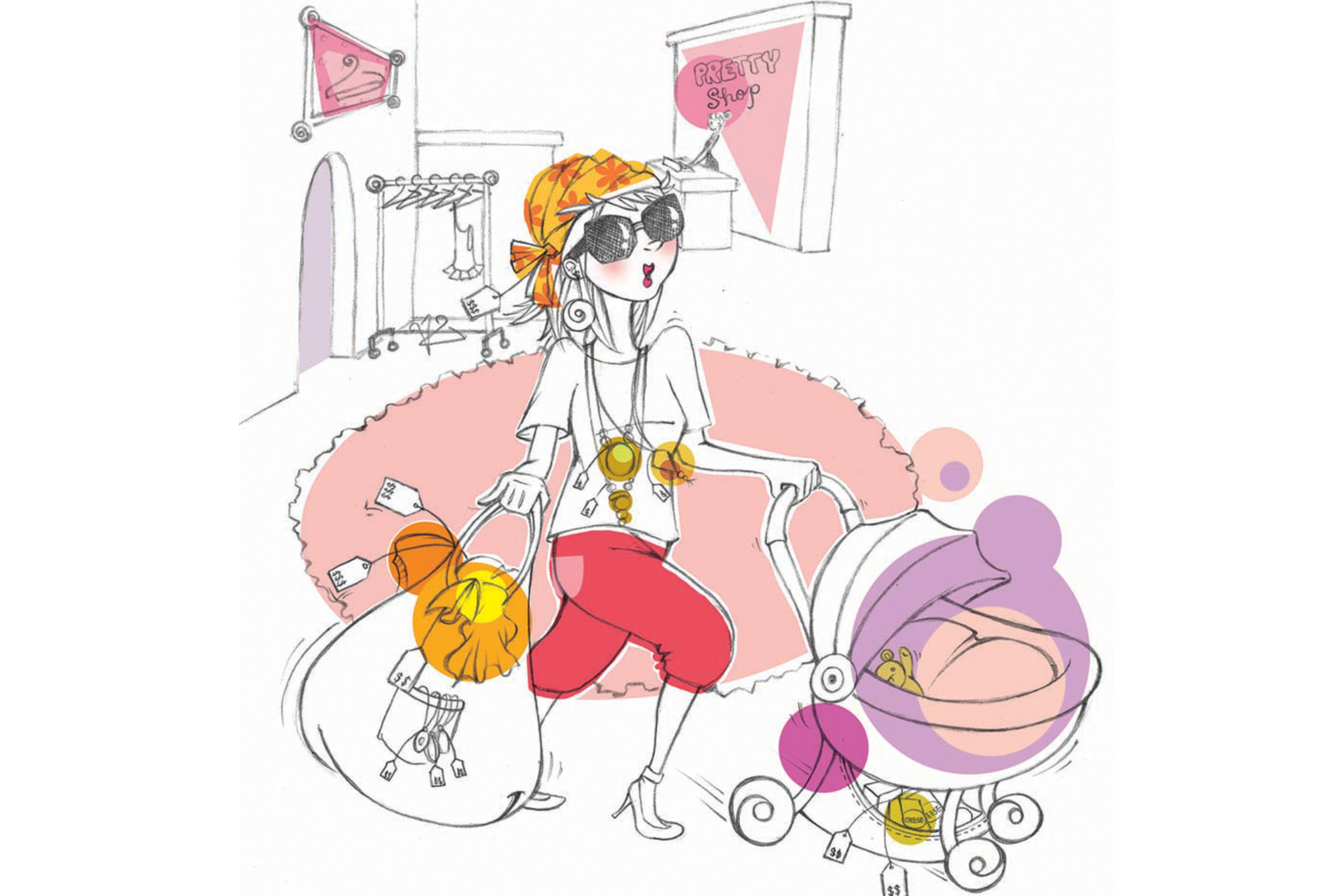 I knew it was wrong and swore never to do it again. For the next two weeks, I challenged myself to find something that would give me the same thrill I got in that changing room. Nothing came close. The only peace of mind I found was in hiding three packets of expensive cheese under the nappy bag in the stroller while at the supermarket 10 days later.

So that was it. I was bad. But it wasn’t what I thought it would feel like when I was 12. I wasn’t hunting for things; I was hunting for the feeling of being in control. It became a rampage. In one trip alone I pocketed over $300 worth of goods, and it continued for months. I didn’t even want or need most of the items. It wasn’t the ‘rush’ I expected being bad would bring, but somehow I felt in charge while my personal life seemed otherwise to be out of control.

On a visit to see my family one weekend, my mother got chatting, and a familiar name came up: Sally. Apparently, her family situation was much more complex than I understood in my pre-teen days. A violent stepfather, depression and drug addiction. Something about it felt familiar. Was she stealing at 13 for the same reason I was now? The next week I admitted to my husband and family how badly I was coping. A doctor’s visit and six months of medication and therapy brought me back from the brink.

I have never felt the urge to steal again, and still have trouble understanding my reasoning for doing so, except that despair, confusion or helplessness can manifest themselves in many ways.

I don’t care now whether I see myself as bad or good. I’d still love to be brave enough to be a tattooed rock star, but that’s a whole other story.