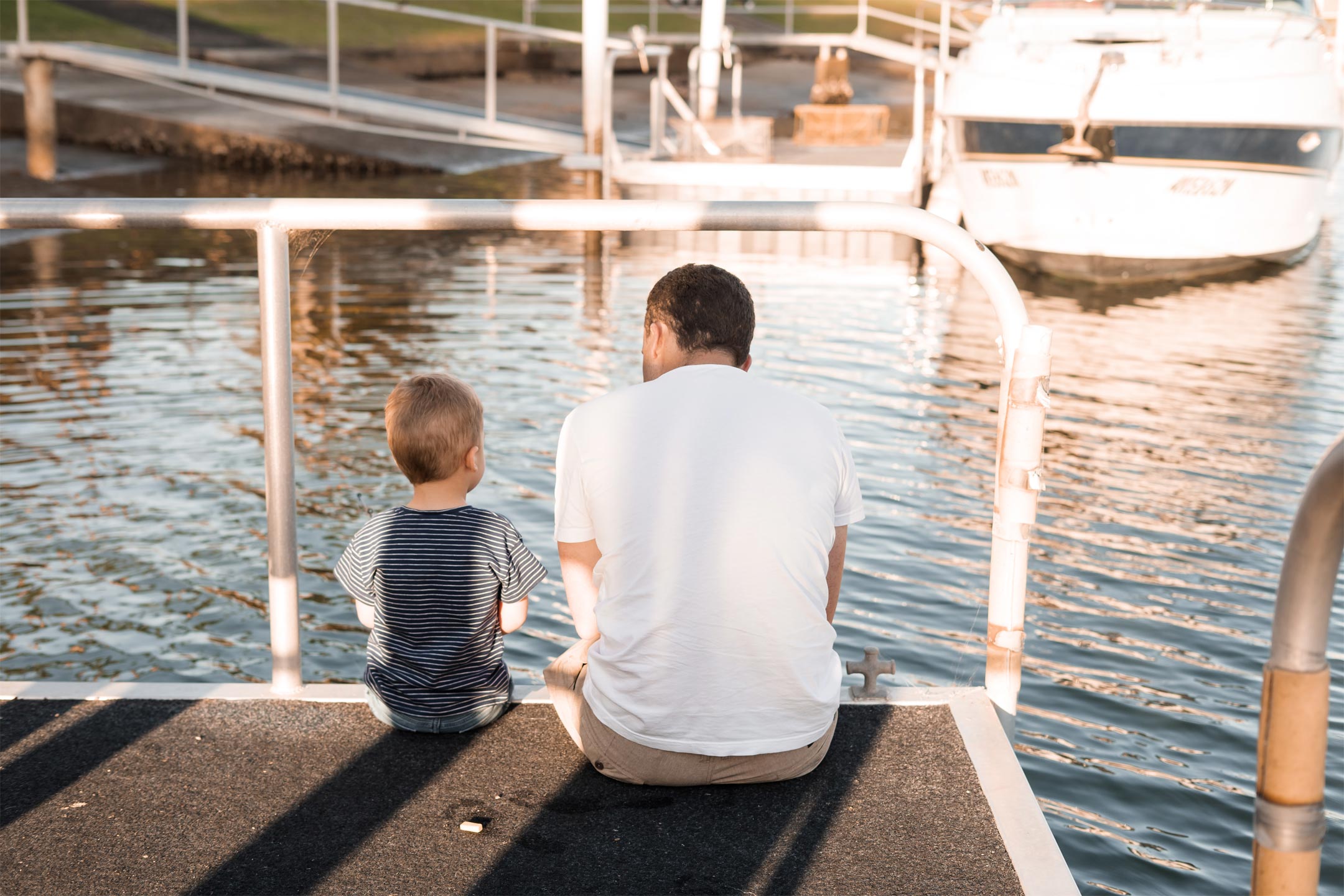 Posted at 15:18h in Editors Picks, Education, Inspire by admin

“No-One is a perfect human being who lives a perfect life without moments of challenge and failure. Resilience can be strengthened in all our children to give them the understanding that no matter what happens there are people who will be with them and help them and support them”, writes Maggie Dent in her new book From Boys to Men.

1. Visualising or imagining losing and practising how to respond

One thing that can help tween and teen boys is for a caring adult, either a parent or lighthouse, to take the time to validate how it actually feels in the body when he loses. One example to work with is to have a boy imagine or pretend that he wants to be captain of the basketball team or maybe a school leader. Then have him imagine that he is unsuccessful and that the announcement is made in a public place. Teach him to scrunch his toes up really tight inside his shoes until they hurt. This distracts his amygdala from processing the deep disappointment and instead focuses it on a potential threat in his shoes. It really does work – maybe you could try it sometime as well! This will allow him not to be flooded with these big feelings and it will help him be able to make another choice around how to respond. I recommend you encourage him to practise going over to congratulate the person who did get the position that he wanted. We are teaching him that there are different ways to lose and that yes, it can take a few practices to get it right, and normalising how it feels. Being a sore loser who spontaneously reacts in a way that is disrespectful, rude or embarrassing will simply create even more big, ugly feelings further down the track. Ultimately, this will create more shame for your boy.

To help your son better learn about failure, it’s good to have conversations about things you hear in the media where boys and men have experienced failure and how they have recovered.

I think the Jim Stynes story is an excellent one to share with your son. Jim was an AFL footballer who gave away a free-kick just before the siren in the 1987 preliminary final. This meant his team lost and did not get into the grand final. He took off to Europe to get away from Australia and the source of his embarrassing wound. One day, thinking he had escaped his shame, on the platform at a train station somewhere in France someone called out to him to remind him that he lost the game. He realised then that running away was not going to bring him the resolution he needed. He came back, threw himself into his football and became extremely well respected. He later set up programs to help struggling youth. He ended up with an Order of Australia and even though he sadly died from cancer in 2012, his work continues today.

More recent is the story of Steve Smith, the former captain of the Australian cricket team, who was involved in a ball-tampering cheating scandal. Technically, he turned a blind eye to it rather than actually participating in it, but he and two other players were found to be guilty of cheating and were banned from cricket. Steve Smith had been an exemplary leader and a very well–respected cricketer until this moment in time. He owned his mistake and then publicly apologised for his poor choice as the team leader and took his punishment without question. He quietly stepped away from the cricket world and took time to rebuild his own sense of self–worth. Smith returned to international cricket, despite crowds expressing their displeasure, and in 2019 he scored 671 runs in three matches, peaking with scores of 211 and 82 at Old Trafford. His batting performance shows that he had clearly used his year away from cricket to work on his skills.

We need our boys to hear stories of the men, especially well–known men, who suffer significant failures and struggles in their lives, who make poor choices, or who fail to make a good choice at an important time, whether it be on our sporting fields, hotels, schools or in our workplaces. They need to see that they can make amends and regain their self–worth and continue to strive to be a better man. Everyone will experience challenges in their life. Everybody will experience failure, and the capacity to overcome these adverse events is called resilience.

Nothing lasts forever. Whatever you’re going through, know that there’s a whole life of experiences ahead of you. Cherish the memories, good and bad. Every experience you have is preparing you for life in ways you couldn’t imagine.

3. Tell your son you will support and love him no matter what

We must teach our sons to know that life is an unpredictable ride and sh#% happens – often unexpectedly. The global impact of the Coronavirus pandemic is a perfect example! But importantly, let your boy know that when tough stuff happens, he can own it and he can walk through it with the help of others, no matter how painful or sad it is. He does not need to struggle alone. Giving our boys a safe base to fall on and a bucket full of hope will seriously help more boys have a better experience of being a teen. The concept of unconditional love needs to be explored. One of the most important things you can do during this vulnerable window of his life is to remind your son that you will continue to love him no matter what. So many of the boys I worked with who were struggling believed that their parents couldn’t love them because of some of the dumb things they had done.

So please remind them often that you love them –
with a hug, a loving note, a wrestle, a well-timed fart
or whatever works for them. It does make a difference.

Humour is really important as a protective factor in terms of resilience for both genders and can also help defuse embarrassment and a sense of shame that is so easily triggered in our boys. Having a good sense of humour about yourself and your own failings can model resilient behaviour for your son.

5. It’s not all about winning

A really helpful message to give our boys before the tween and teen years is that participating enthusiastically can often be just as important as winning. Also that it takes true courage to turn up and have a go at something that you have very little chance of succeeding at. These messages are drowned out by the endless pressure on boys to be the best and that the winner takes all. 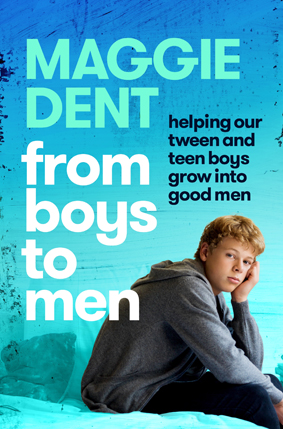 From Boys to Men by Maggie Dent, published by Macmillan Australia. RRP $34.99

Maggie Dent’s media has a wealth of information and resources for parents, teachers and carers: