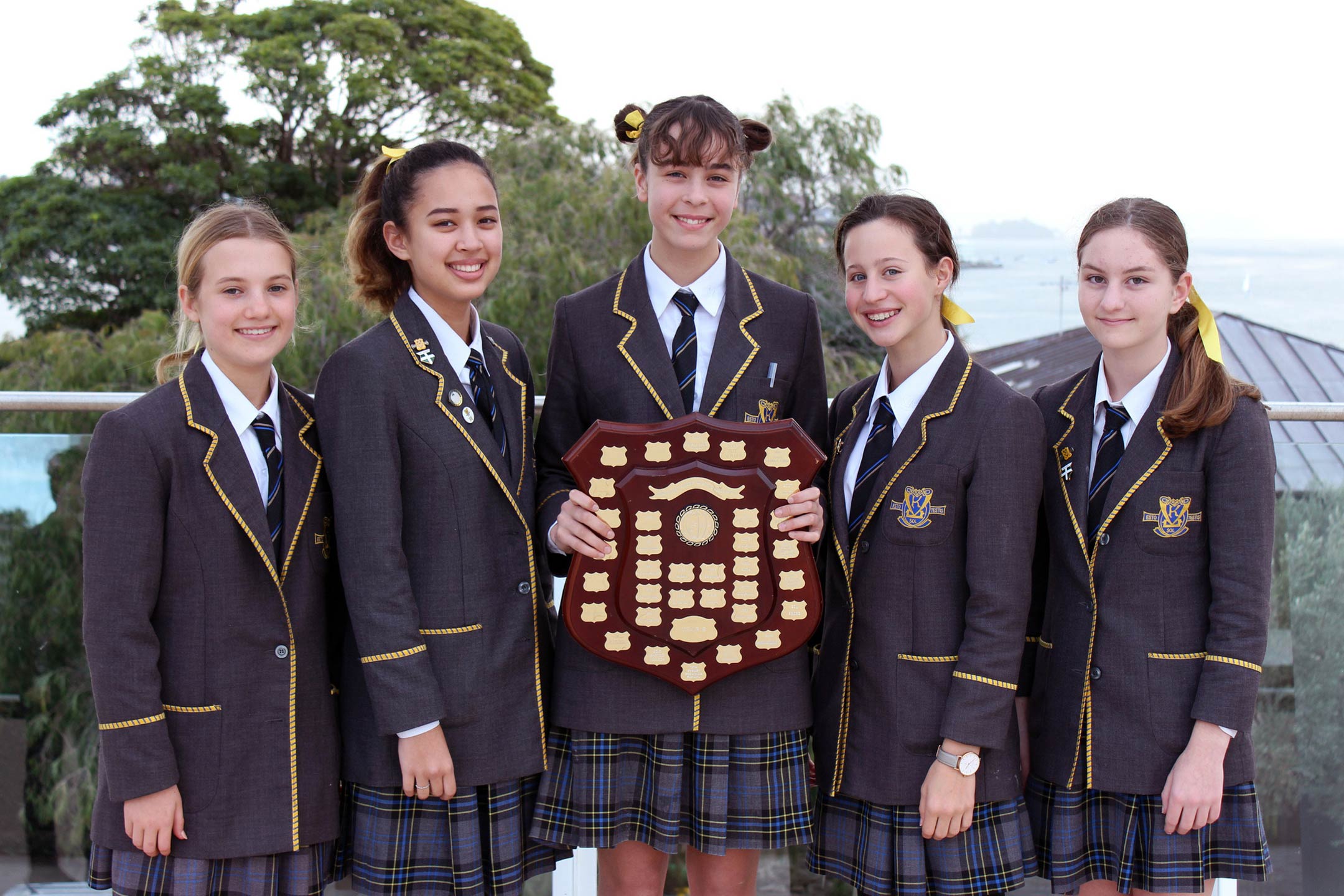 03 Jun Struggling to get the words out

Posted at 14:47h in Editors Picks, Inspire by admin

It was heartbreaking to watch helplessly as my gregarious little girl, turned into a shy, introverted child in the space of a year, writes Emily Weight.

When Daisy started to talk, she was the usual noisy toddler, making sounds and gurgling away. She was a very bubbly, confident, chatty little thing. At about age three she had a fairly comprehensive vocab and while she was repeating some words, it didn’t seem out of the ordinary. But it was my mother-in-law who insisted she may have a stutter.

I spoke to a speech pathologist at a stutter therapy clinic at Lidcombe, Sydney who said it sounded like normal ‘learn to talk’ repetition but that I should put Daisy’s name down on the waiting list in case it developed into something more serious.

Struggling to get the words out 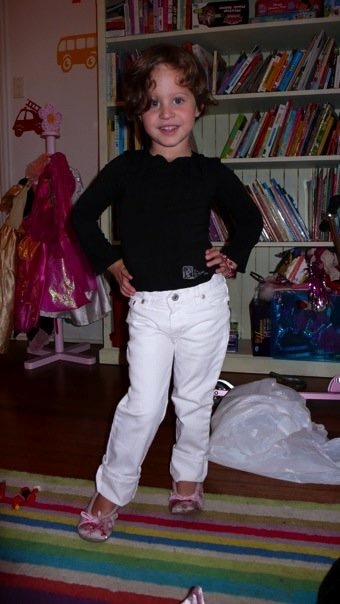 Almost exactly a year to the day later, Daisy started showing proper signs of a stutter when she was repeating the first syllables of words up to 10 times, and doing what looked like ‘choking’ on her words trying to get them out. Watching her little face when she was stuck in a loop of the same word, or blocked and unable to get past a word in a sentence was more than I could bear. I rang the stutter clinic who got us in straight away to see the specialists. As we’d been on the waiting list, we were able to access weekly therapy to support Daisy with no out-of-pocket expenses.

When I watch the videos of her prior to treatment, and see her tiny little face so embarrassed by her inability to get the words out, and looking at her shoes in shame, I still cry. I remember so clearly when other mums would come and talk to her and she would refuse to answer and hide behind my dress. She had lost the confidence that her words would come out the way she wanted. I could see so clearly how rapidly the stutter had developed, and how much it was taking its toll on Daisy.

Psychologically, as a mother, I felt it was all my fault. That Daisy was stuttering because I talked too fast, rushed her or didn’t take the time to listen. I was big on blaming myself. I also found out that my dad had stuttered as young boy, which surprised me, as I had never thought that stuttering was genetic until I saw it happen in my own family.

The Westmead Program therapy was fun for Daisy, and therapist “Tashy” knew exactly how to work with children to be reassuring and supportive. The technique she used was Robot Talking, which involves breaking down every word into syllables. Our family had to talk that way to help Daisy, which we did for at least an hour every day, often using car time as dedicated robot talk time.

The therapy was hard work, and when you have two children under five, part-time work, and a full-time working husband, it often felt like the straw that was going to break the camel’s back. But we persevered, worked hard at therapy, and after two long years of weekly and eventually monthly sessions, Daisy went from stuttering more than 10 per cent of her words, to less than 1 per cent. And boy has she made up for lost time. Speech therapy is now a distant memory, as my toddler is now a 15-year-old. Daisy loves public speaking and gone is the girl who refused to talk to anyone except her family. In her place is a strong, confident, articulate young women who has twice been a NSW state grand finalist debating champion. 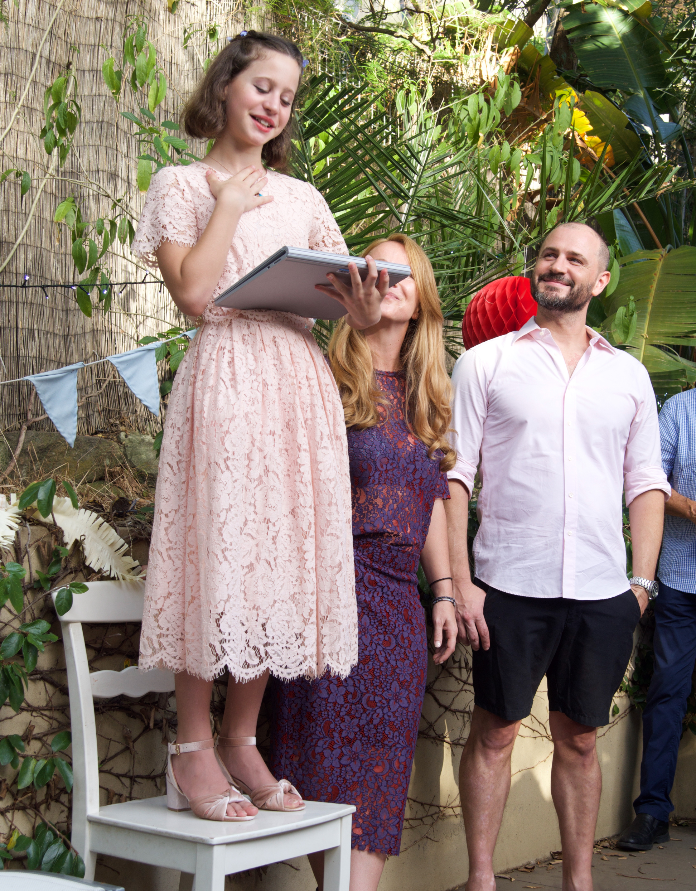 Seek out support for stuttering

Today, we all know how lucky we are as a family. I’m not sure we would have been able to afford weekly therapy without the government program, so encourage anyone with a child who is showing any signs of a stammer or stutter, to seek help and find government support routes to get the therapy you and your child need. Your GP is the best person to ask in the first instance, and can help you find support in your area. It’s also not something you want to wait to do, as I believe the longer you wait, the harder it is to fully cure. Because Daisy was five when we went through the therapy program to cure her stutter, today she has no signs of the stutter at all – not even when she is nervous.

Main image: Daisy, second from right, with her debating team after winning the State Debating Grand Finals (two years in a row)

Researchers need 3000 Australian stutterers for an international study that is searching for the genes which cause stuttering.

Experts are recruiting people aged seven and older who stutter, or have a history of stuttering, for the Genetics of Stuttering Study. The Walter and Eliza Hall Institute of Medical Research (WEHI), the Murdoch Children’s Research Institute (MCRI), QIMR Berghofer Medical Research Institute, Griffith University and the University of Melbourne are coordinating the global project’s Australian arm. To take part in the trial, volunteers need to complete a 10-minute online survey and record a short sample of their speech.