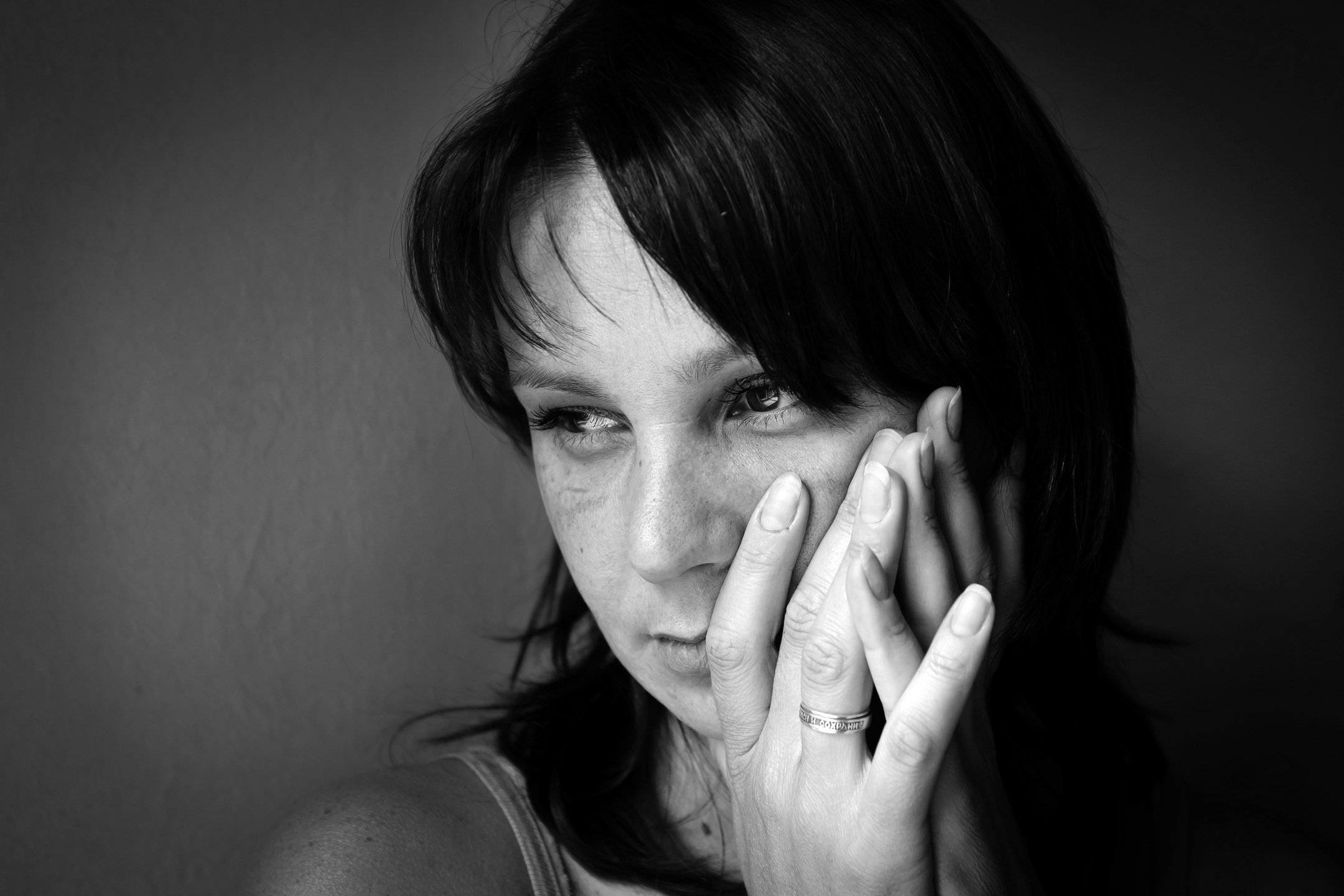 Maria Jensen opens up about her experience with chronic morning sickness and suicide.

June 2009. Two pink lines on the stick. This wasn’t supposed to happen. I was pregnant with my third child – a child I swore I would never have after hyperemesis gravidarum (chronic ‘morning sickness’ or HG) and antenatal depression plunged me into an abyss in my second pregnancy. I was terrified at the thought of going back there. HG causes unrelenting nausea and vomiting, often for your entire pregnancy.

In early 2003, after a miscarriage and three years trying to conceive our first baby, I was largely unperturbed by the HG that descended upon me once pregnant. My obstetrician was also a gruff older man who told me to “put up with it”. Having no one else to look after, I slept as much as possible – the only time I didn’t feel sick – and forgot about it once our first daughter, Beatrice, arrived.

Two years later, when I showed my husband another positive test, he was as excited as me. At seven weeks pregnant, however, our world turned to hell.

HG was like a nine-month bout of gastroenteritis every waking moment, only with a toddler to care for and the never-ending daily tasks of family life in the mix. It was brutal. Each morning when my sacred state of sleep was broken, nausea would king-hit me, followed swiftly by vomiting. As each interminable day lay ahead, I sobbed uncontrollably.

Despite my fierce love for my toddler, husband, family and friends, the black dog had me firmly in his jaws.

Eventually, I went to see my GP. He kindly and gently explained that constant nausea and vomiting had depleted my serotonin levels, hence my depressed mood. I was relieved, but a diagnosis was no cure. My GP prescribed sleeping tablets but to no avail. It was the waking hours that were the problem.

Despite my fierce love for my toddler, husband, family and friends, the black dog had me firmly in his jaws. I passed the days on the couch reading piles of books to Beatrice. When she got cabin fever, I took her for walks on a local loop of the bakery, supermarket and playground. Beatrice carried ‘Greg’, a piece of wooden dowelling almost as tall as her, half-covered in white paint, named after the yellow Wiggle.

Looking back, I can see the delightful quirkiness of this situation and wish I had been able to enjoy it, but I was unfeeling. I could barely muster a mumble in response to Beatrice’s chatter. I still feel pangs of guilt. It was like three-year-old Beatrice was floating through life on her own, the shadow of a carer by her side.

My GP advised me to seek childcare for Beatrice to give me some respite. I recall hopelessly trying to hide my tears as one institution after another told me, “Sorry, no spots available”. My sense of isolation and desperation grew. It was at this time I began to contemplate suicide.

Over the next two weeks, I lived high above the city, heavily medicated and numb.

One day, at the pedestrian crossing, the longing to launch myself into oncoming traffic was intense. When the lights changed I snapped out of my trance. That was to be my first narrow escape. After confiding in my new obstetrician, a kinder younger man who was shocked to hear I had suffered without any help in my first pregnancy and part of my second, I found myself in a psychiatrist’s office. She sat what seemed like a kilometre away and showed no compassion. Within the hour I was booked into a psychiatric hospital, which scared me enormously. Would I be safe from the other patients? What would the treatment be, and would it work? Adding to the stressors was the fact that our health insurance only partially covered the cost. With no savings or line of credit, we turned to a friend for a loan. My mother, sister and best friend looked after Beatrice.

Over the next two weeks, I lived high above the city, heavily medicated and numb. I had few visitors as I kept my condition secret from my friends – such is the stigma of mental illness.

One night, looking out my hospital window, I was drawn to the twinkling car lights. There was that ‘out’ again. I made my way to the busy intersection unnoticed, drinking in the delicious possibility of freedom from this painful life. As I waited for a truck to rumble into view, I felt a hand on my shoulder. The nurses had discovered I was missing. I was led back to the hospital, deadened inside.

Twenty-four hours after release from hospital, I was back in the psychiatrist’s office, tears streaming down my cheeks. She handed me a new type of antidepressant and told me to take one then and there.  A mere 30 minutes later, after months of tortuous ‘existing’, the most amazing thing happened – I felt normal. I actually smiled. For the next few days, I waited for depression to envelop me again, but it never did. The only negative was that the medication caused my weight to balloon from 45kg to 60kg, difficult to shift to this day. Still, I’d much rather be a chubby alive mother than a slim dead one.

I now speak openly about my HG and depression

The effects of HG have created a lifelong trauma. I rarely drink alcohol, nor risk nausea triggers like carnival rides, boat trips or reading in the car. I have had numerous dental cavities, a result of calcium deficiency, leaching and the erosive bile that washed over my teeth with each day’s vomiting. Other women suffer from severe gallstones and kidney infections as a result of HG.

I now speak openly about my HG and depression and don’t feel ashamed or embarrassed by either of them because I know how nausea and vomiting can take a huge toll on our minds, bodies and relationships. A lot of women suffer in silence and often terminate their pregnancies because help is not available.

Today I am blessed with three beautiful, healthy girls. The only difference between me now and me pre-pregnancies is that friends know to stay away from me if they have gastro-related illnesses. I have vomited more than my share for one lifetime.

Nausea and Vomiting in the Third Trimester