11 Feb Tears Rolling In The Aisles

Posted at 12:24h in Validate by admin 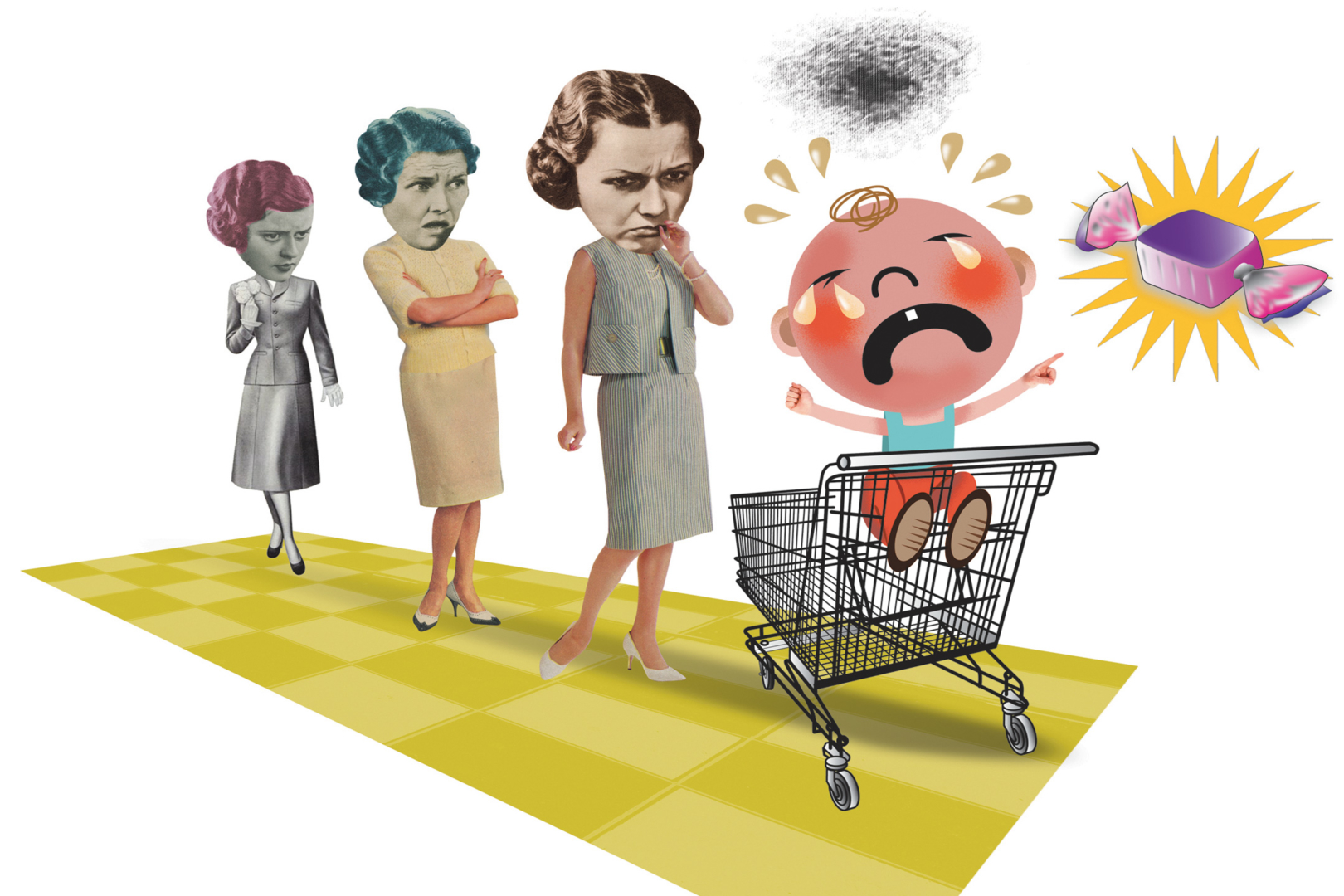 There was a toddler having a tantrum in my local supermarket. He gulped and he sobbed. He took deep hiccoughing breaths and he shrieked. The shrieks became howls of rage. His cheeks puffed and his tears flowed. Tiny fists pummelled at his mother’s thigh. I watched her hovering over the child and felt for her. Should she ignore the child? Would a sharp retort of ‘Stop it this instant’ have any effect, or even be heard above the rising rage?

It’s hard to think of a course of action in the middle of a toddler’s tantrum. The child isn’t listening, a bunch of strangers are judging you and there are constant reminders of the child’s object of desire on display. All are getting in the way of a quick or reasonable resolution.

Everybody warns you about it, but no-one knows what to do. They roll their eyes and tell you that it’s just a phase that we have to put up with. And you secretly believe that when your time comes you will know what to do. But you are wrong.

I remembered a three-year-old toddler with lively brown eyes whose hair was curly and (as the song goes) whose teeth were pearly. He was dressed in a little denim outfit and looked like an angel. Or at least that’s what the grandmotherly types who stopped me in the supermarket aisle and chucked him under the chin thought. They asked coyly which shelf I’d taken him off. Where could they get one just like him? That was usually at the beginning of our shopping adventure. ‘Take him’, I thought, as the angel’s chubby little hands reached for a colourful packet of super-refined junk food. Take him now, before the ruckus starts. But they just smiled, coochie-cooed and moved on.

David and I worked our way up and down each aisle, stopping only to grab a product from the shelf and to tick it off my list. Whenever I turned my head for an instant, then back again, a foreign object had magically found its way into my trolley. Two steps forward and one step back and an ever-increasing tension on both sides. David was thinking that it wasn’t fair. Here he was, in goodie heaven but not allowed even one thing for himself. What was one bag of lollies in the scheme of things when Mummy got to put all her stuff into the trolley? Each week I was hopeful of a quick entry and exit and a tantrum-free experience. Each week I was disappointed.

When I had a bit of energy, I let the pleas wash over me, but I kept forgetting the checkout where they saved the best for last. The granny types who’d been so admiring earlier were looking at David with sympathy, ‘The poor little lamb, it’s not his fault he’s got a bad mummy’, and shooting daggers in my direction. It was all too much for me. I did the only thing open to me; I capitulated. I am a bad mummy, I agreed. I can’t control my own child.

There’s one school of thought that parenting is a hard gig and mothers of tantrum-throwing children deserve our sympathy. I’m with them. 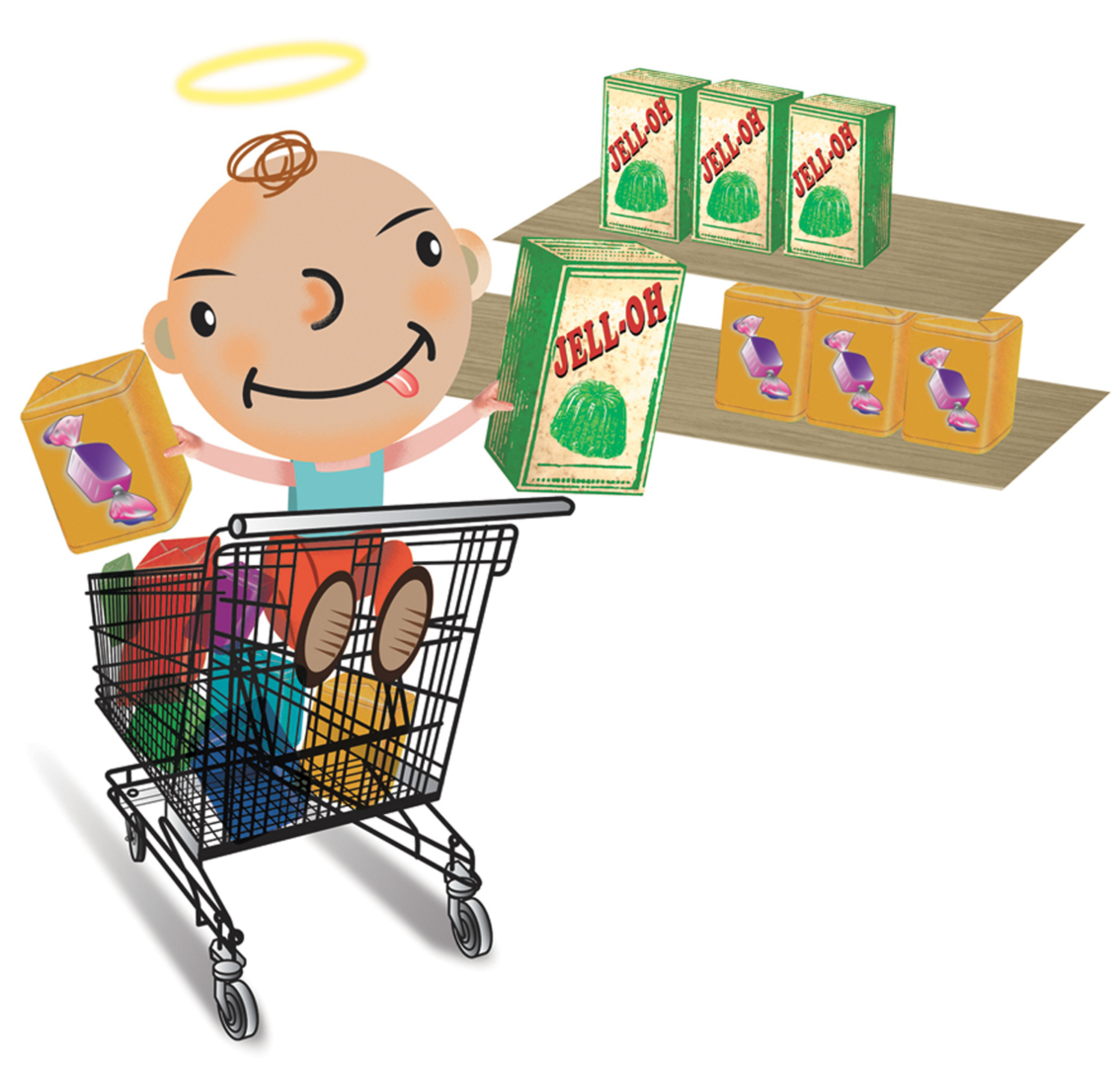 The disapproving lot will tell you that if you give in to a tantrum at the supermarket, you are providing some sort of blueprint for the child or setting a precedent. They are right. Once you say yes to a child, the lesson is learned: ask and you shall receive and if you don’t get what you want, a tanty on the floor will do the trick. On the other hand, who can blame the child? I mean, if you’d discovered a successful formula, wouldn’t you milk it for all it was worth?

An idea born of sheer desperation came to me one day. It wasn’t a new idea; I did what parents since the dawn of time have done once they’ve run out of options. I bribed my child. “How would you like a chocolate frog, David?” David would like nothing better. I put one in his hand and told him to hold on to it till we got to the checkout. “Now don’t lose it, will you?” The heat had turned it to mush by the time he got to eat it. But it was the best chocolate frog he’d ever tasted. And peace reigned.

When the desire for a chocolate frog waned, and David’s eyes started roaming again, I filled up a large jar with lollies, chocolate bars and wafer biscuits and told David he could choose one when we got home from the shopping. At first, David would spend large chunks of time each day contemplating this treasure and anticipating the treat. On the appointed day, a chubby arm would dip into the jar and pick something out. After a while, the familiar jar lost its glamour and became a natural part of David’s weekly routine.

But then our family expanded by one and, in due course, David made it his mission to introduce his baby brother to the family tradition.