04 Sep Telling Truths onto a card for posterity

Posted at 10:48h in Uncategorized by Editor

Mother’s Day and Father’s Day cards can push the envelope a little too far, as Kylie Ladd discovered. 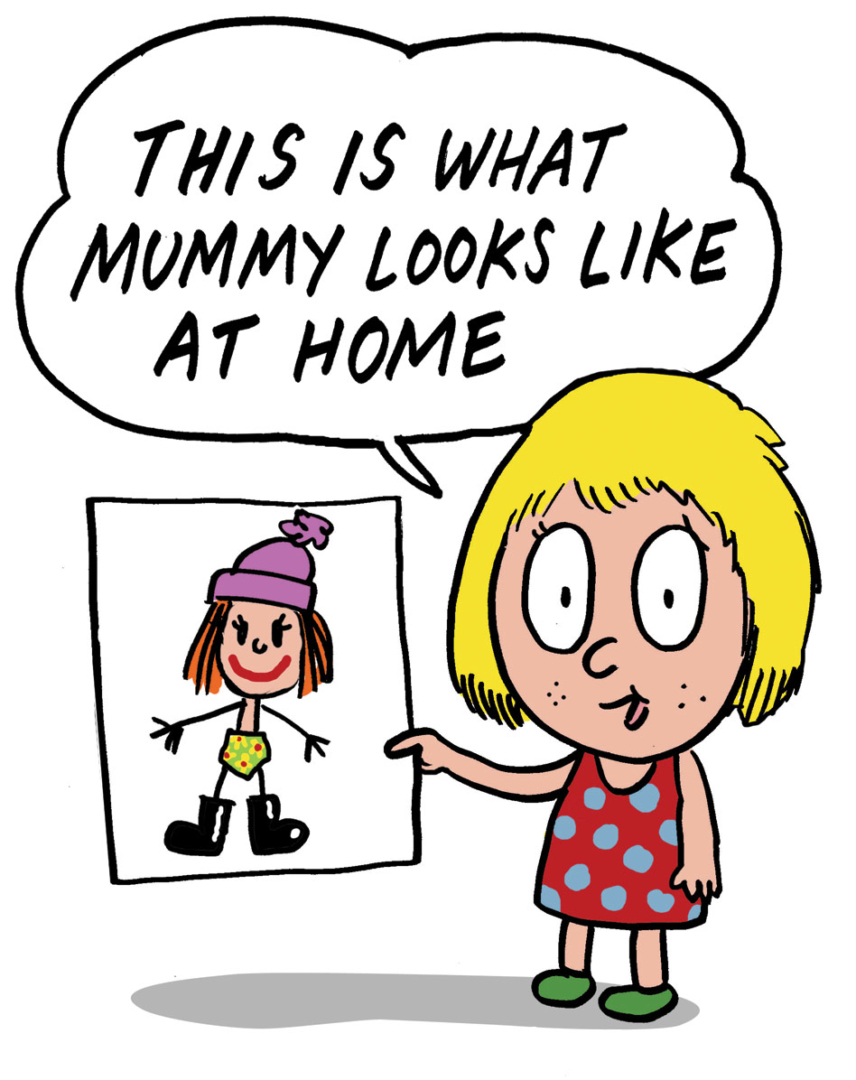 At the preschool my children attend, there is a rather touching Mother’s Day and Father’s Day tradition: personalised cards. No, not the standard gloopy-handprints-and-generic-poem version, but one based on the findings of a mini-interview, where the teacher has sat down with the child, asked all sorts of things about the parent in question, and then faithfully transcribed the answers onto the card for posterity.

At first I thought this was original and charming. My son came home proudly brandishing a Father’s Day card that announced (correctly, as it turned out) that Daddy liked to drink beer and eat pizza, and often yelled at the football on TV. Daddy was somewhat surprised to learn, however, that his favourite colour was orange (it’s purple), that at work he spent all day playing computer games (he’s in IT, so some points there) and that when he wasn’t at work, Daddy’s favourite thing to do was put gel in his hair.

I got quite a lot of mileage out of that last one… until the Mother’s Day card arrived the following year. My child started out on the right foot, declaring that Mummy smelt like chocolate and sang loud songs in the car. He lost his way a little though when asked to describe what Mummy liked to read (the Internet apparently, though I suspect the teachers were aiming for ‘bedtime stories’ or  ‘the newspaper’ with that one), and what Mummy liked to wear at home (‘diamonds’ – I wish). Still, it could have been worse. The little girl of a friend described her mother’s preferred around-the-house attire as “her pink beanie, flowery undies and gumboots”, an image that hasn’t quite left me yet.

By the time my daughter started preschool, I had grown to half dread, half anticipate these yearly report cards. Sure enough, in her maiden attempt, she unmasked me on the second question. When asked, “What does Mummy cook best?” my little turncoat responded, “Noodles in a box that she buys from the shops”. Not content with having shattered my image as a domestic goddess, she then went on to end the sentence, “For a special treat Mummy lets me…” with “watch videos so she can go on the computer”. TV, junk food and neglect. I couldn’t look the teacher in the eye for at least a term after that card.

In my fourth straight year as a preschool mum, the stakes were raised. Perhaps bored with finding out about favourite foods and football teams, or perhaps employed by the government to start collecting information for ID cards, the teachers had come up with their most probing set of queries yet. Gone were the innocuous enquiries as to Daddy’s favourite sport or the colour of Mummy’s eyes. They were replaced with questions that were a little too leading, even Freudian. But that wasn’t the worst of it.

Not content with humiliating us on paper, the teachers decided to have afternoon teas for both Mother’s Day and Father’s Day, at which the children would stand up in front of the class and all the other parents to read (or have read out) their responses, before the actual card was handed over. In this way, we learned that when Ella’s father is at home, “he likes to dress up in Mummy’s clothes”. We learned that before Max’s mum goes to work, she sometimes kisses Max’s dad “in the shower with her clothes off”. And we learned that before Joshua’s dad goes to work, he “sits for a long time on the toilet and it’s really smelly”.

When my daughter’s turn came, everyone present learned that her mummy was always saying, “I’ll bang your heads together, you rotten kids”. Well, yes. I’ll admit uttering the phrase, but only once and only after an incident involving my son, his friend from school, exactly 100 slaters and the newly-laid cream carpet in the lounge room, where they should never have been anyway, and certainly not with a Bug Catcher.

Deep breath. Despite these revelations, no parent has yet been hauled off to answer questions before a magistrate, and my daughter’s friends are still allowed to come over for a play without a worker from the child-protection service being in attendance. I can’t say I’m sorry that she’ll be going to school next year though. I hope her teachers there are a lot less creative.