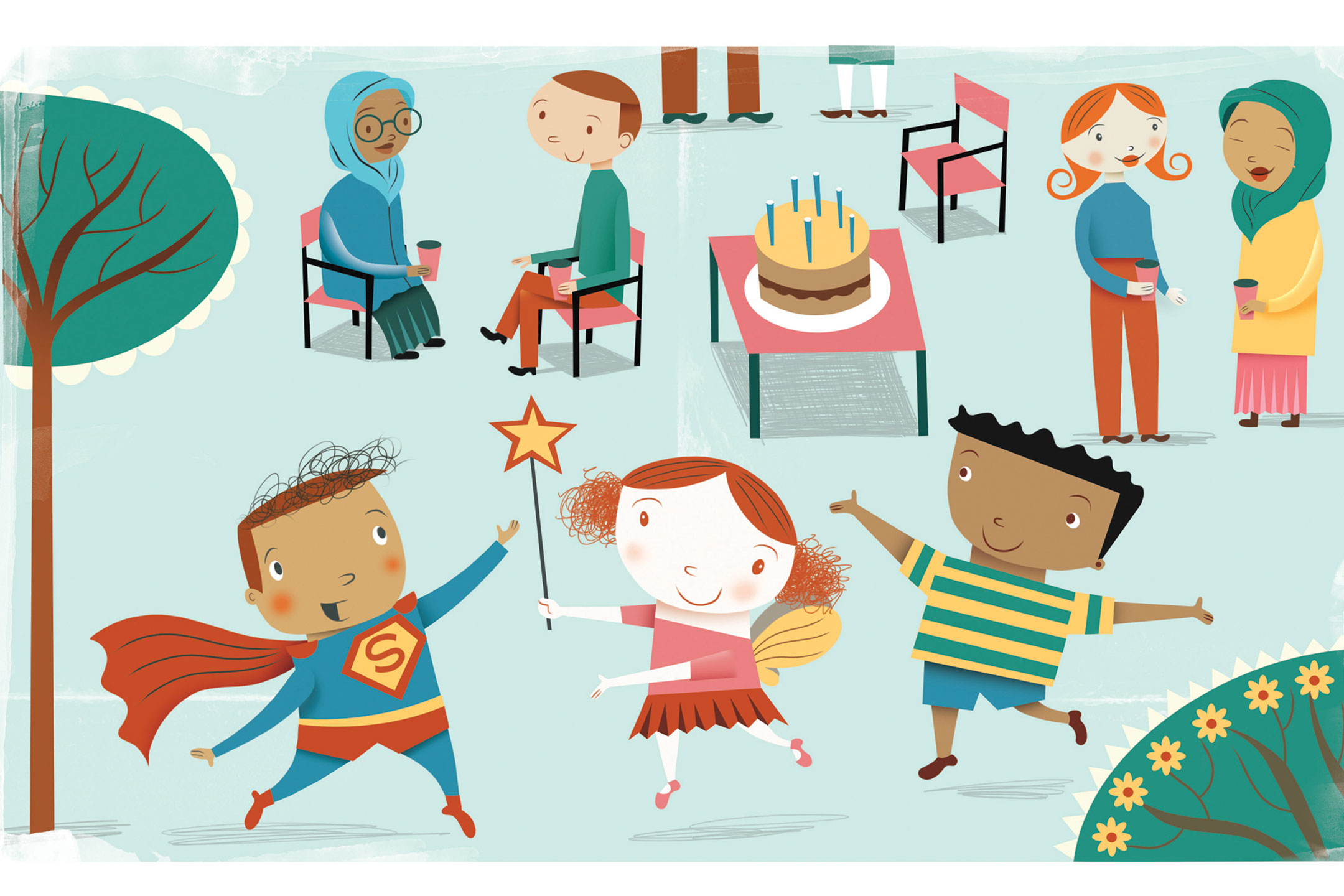 10 Nov The  Culture Of Birthdays

Posted at 10:21h in Celebrate, Editors Picks by Editor

Randa Abdel-Fattah observes that we all have a tendency to be drawn into the birthday party vortex.

What is it about a children’s birthday party that excites so many of us? It’s common to find an invitation in your child’s schoolbag asking them (and usually you as supervising parent) to share in this special occasion. You accept, wholeheartedly embracing the event as part of the implied social contract between parents of young children. We may have nothing in common, barely speaking two words in the hustle and bustle of dropping off and picking up our children at school, but we’ll enthusiastically partake in birthday celebrations. But do these celebrations and expectations vary depending on people’s ethnic or religious heritage and, if so, how do parents navigate them?

Before discussing a topic touching on multiculturalism, I feel it’s important to begin with a qualification. It may come across as defensive, but having lived most of my life within a framework of resistance – against people’s stereotyping and preconceptions about my hyphenated identity – I think I’ve earned it. I have a whopper of an identity: Australian-Muslim-Egyptian-Palestinian. I’ve often thought of myself as a bit of a mongrel, but I’ve learnt that most people in Australia are. Indeed, I consider diversity to be one of the greatest qualities of this country.

Yet we sometimes assume people who identify with a particular ethnic or religious group belong to a monolithic, homogeneous entity comprised of people who all behave and think the same (come along to one of my extended family dinners and you will realise how unity in the broader Australian Muslim community would seem to be impossible given the disunity in my family of 20). It’s important to realise generalisations and stereotyping are dangerous and dehumanising. There is nuance and variation in every ethnic or cultural group and diversity within diversity.

It might surprise you, but as an Australian Muslim, the way I see it is that regardless of your heritage, if you are the parent of a young child, birthdays can be joyous, magical, stressful and exhausting occasions. We are all part of the ‘culture of birthdays’, one that’s increasingly raising our expectations. It’s shaped and driven by a world where kids have ready access to toys, stimulation and material enjoyments. Last year’s birthday was a pirate party, so this year’s birthday has to be better. Their child had a laser games/dress-up/play centre/tattoo/princess party, so how can we match it?

This isn’t necessarily about keeping up with the Joneses/Khans/Ahmeds/Ngs; most of us want a party that makes our kids happy. It’s just that what constitutes happiness is ballooning in tandem with consumerism.

You haven’t truly earned your P (Parent) plates until you’ve lamented how things were done when you were young and how much it’s all changed. If you haven’t had that whinge yet (it usually occurs when you’re dragging your child to that weekend’s third birthday party, wondering when you’ll fit in the washing, shopping and visiting in-laws), then you’re still on your L plates.

While I remember parties at fast-food outlets, parks and homes when I was a child, these were nothing compared with the kind of extravagance I see nowadays. I honestly believe it all was simpler. I don’t remember taking a cake into my classroom or to Arabic Sunday school, then having a party with family and another with friends. I got one cake, not two or three. The celebration was shared with one group, not segregated according to social circle/school/family. I didn’t invite everybody in my class; I chose a small number to join the celebration with my family. It was more intimate and casual. 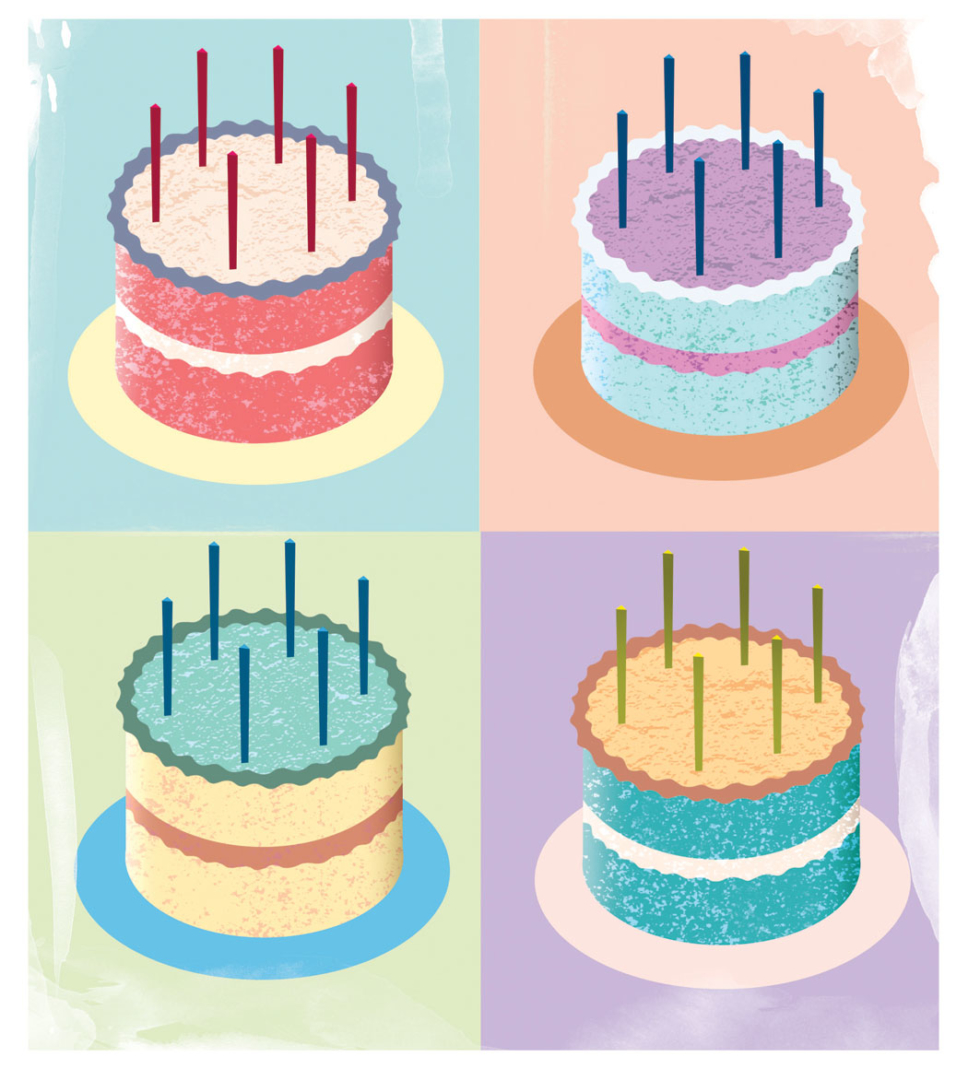 I speak to parents of my children’s friends and many feel the same way, like we’ve been sucked into a vortex and are unable to resist the birthday industry. We all feel pressured to get the best cake, venue and entertainment. Being an observant Muslim has made little difference to my resistance levels, but there are some things particular to my faith and cultural background that make aspects of birthday celebrations interesting, to say the least.

The first one is obvious: food. Traditional birthday-party food consists of hot dogs, sausage rolls, party pies and lollies. My Muslim friend can never forget taking her five-year-old son to a party where every food on offer contained pork or ham. As an observant Muslim, my friend had to gently tell her son he couldn’t eat the food. Not wanting to embarrass the host, she tried to do this in a subtle way, taking her son aside and buying his silence and compliance with the promise of a treat on the way home. To her mortification, her son yelled out at the top of his lungs, “I don’t want to be a Muslim! I want to eat pig!” The mother of the birthday boy was terribly embarrassed, as there was no alternative except potato chips.

Dietary requirements can be difficult to manage when you want to avoid making demands on already frazzled parents. Do you RSVP with a note about your three year old’s religious prohibition against pork and gelatine? I know it makes me feel uncomfortable, so I usually take a backup supply. But that can also cause offence. I’ve become adept at shoving food from my handbag into my child’s mouth without anybody seeing.

What about the dominant kids’ party archetypes, such as fairies, superheroes, cowboys and cartoon characters? You would have to live under a rock to avoid Disney princesses, Dorothy the Dinosaur, Batman and so forth. Almost all my Muslim friends, from the most traditional and observant to the most lax, have raised their children on such archetypes; we’ve all had the Big Red Car cake or a visit from Dora. There are, however, some differences in the parties my friends and I put on, informed by our predominantly Arabic backgrounds.

My first generalisation about Arabic friends is the size and number of the parties. Not wanting to deprive my children (aged six and three-and-a-half) of a celebration with their school friends, I have sometimes held more than one party pre-COVID: one with my husband’s side of the family (about 20), one with my side of the family (about 20), and another with school friends (about 10). Then there’s a (suitably advised by the school) cake for school on the actual day, because this is apparently what everybody does, and I don’t want my children to feel left out. I know I’m my own worst enemy, but I feel my children have the right to celebrate with their friends and families, and most of my friends are in the same situation.

This year my husband and I have decided enough is enough and that our children will enjoy one cake and one small party with family and a couple of school friends. We are going to resist exciting (and expensive) zoo/makeover/bowling parties, and keep it simple: in a park or our backyard.

In fact, as suits a COVID world, most of us have discarded ‘theme’ parties in favour of larger celebrations held at the park. The birthdays are now as much about us as they are about our children. As working mums and dads, birthday parties are our chance to catch up. Our parties can be huge: about 30 adults, children, parents, aunts, uncles and grandparents. Compiling a guest list can be as stressful as table arrangements for a wedding.

My friends and I arrive at the park with fold-out tables, chairs, esky, thermos, cake and a feast. You won’t see party pies or cheese and tomato sandwiches, because we all insist on cooking enough food to feed a football club. Despite the challenging logistics these kinds of parties present, it’s our tradition that everybody helps by bringing a plate – a good thing, considering our picnics comprise traditional, complicated Arabic dishes, as well as barbecued chooks, salads, Arabic pizzas, fairy bread and cupcakes. In between the games and food, we observe our prayers, spreading our prayer mats onto the ground and praying in congregation. Afterwards we resume the celebrations (some of us quietly amused by the shocked faces of bystanders when we are in parks in suburbs where there are few Muslims). We will often sing ‘Happy Birthday’ in English, followed by the Arabic equivalent.

And so what you find is a mishmash of cultures and traditions that reflect our particular beliefs and personalities. Ultimately, there is more that is recognisable than different, and the grin on a child’s face as they blow out the birthday candles among their loved ones is the same, regardless of race or religion.