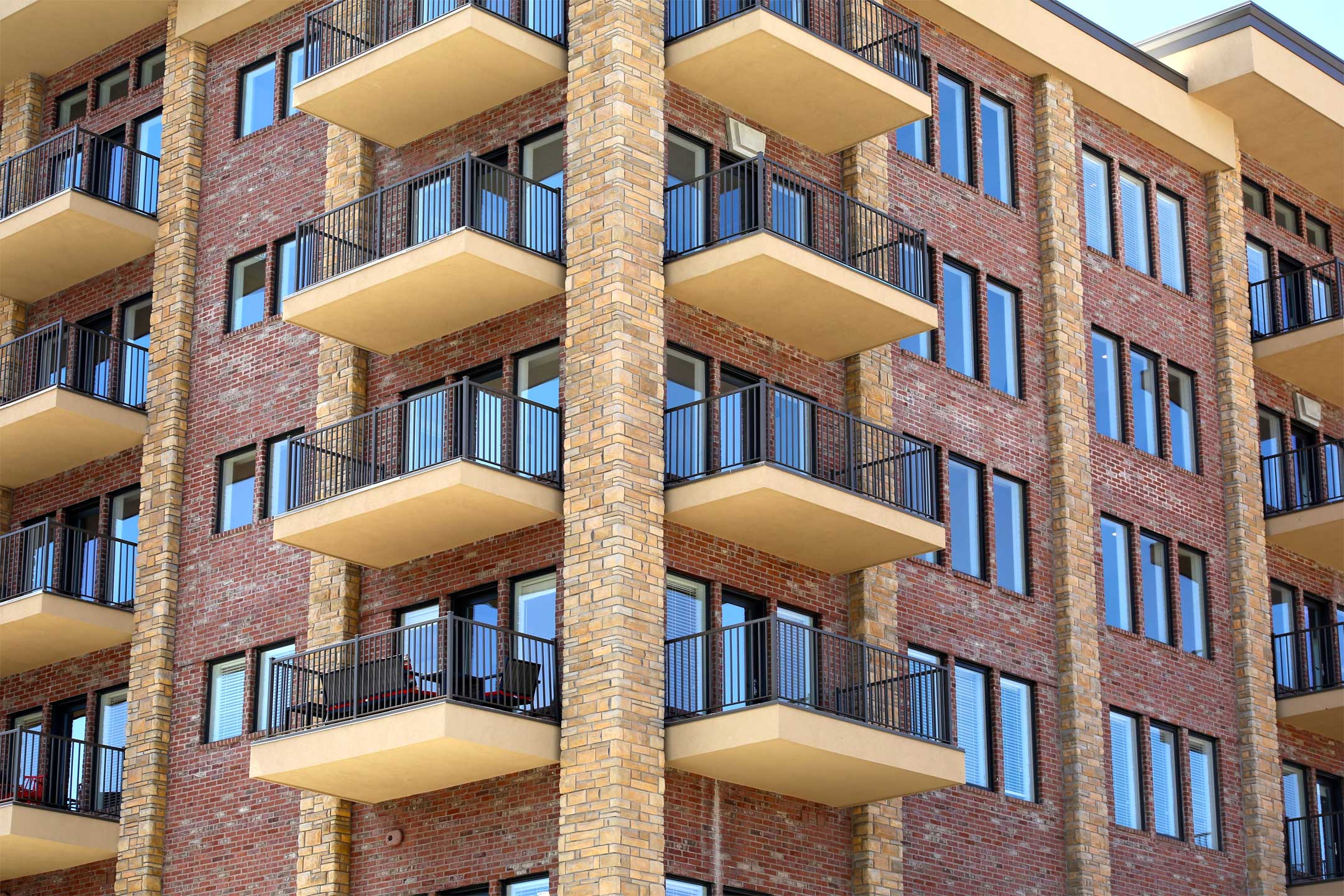 Since housing affordability and availability pressures are likely to lead to more children living in apartments, Liz de Chastel believes that urban policy and development must accommodate their needs.

If we asked our grandparents what sort of housing they thought their grandchildren would be living in, they would probably have said a house on a quarter-acre block with room for a cricket pitch and veggie patch. But for many of our children, this lifestyle will be unavailable.

So what has changed? Our cities have grown and expanded. Housing availability and affordability pressures mean the detached house on a big block is an increasingly dwindling option for many families, especially first-home buyers.

Almost two-thirds of Australia’s population lives in our capital cities, and by 2056 the population is expected to grow to 35.5 million. In the past, urban population growth has mostly been accommodated by detached-dwelling housing developments that are often long distances from jobs, higher-education facilities and services. 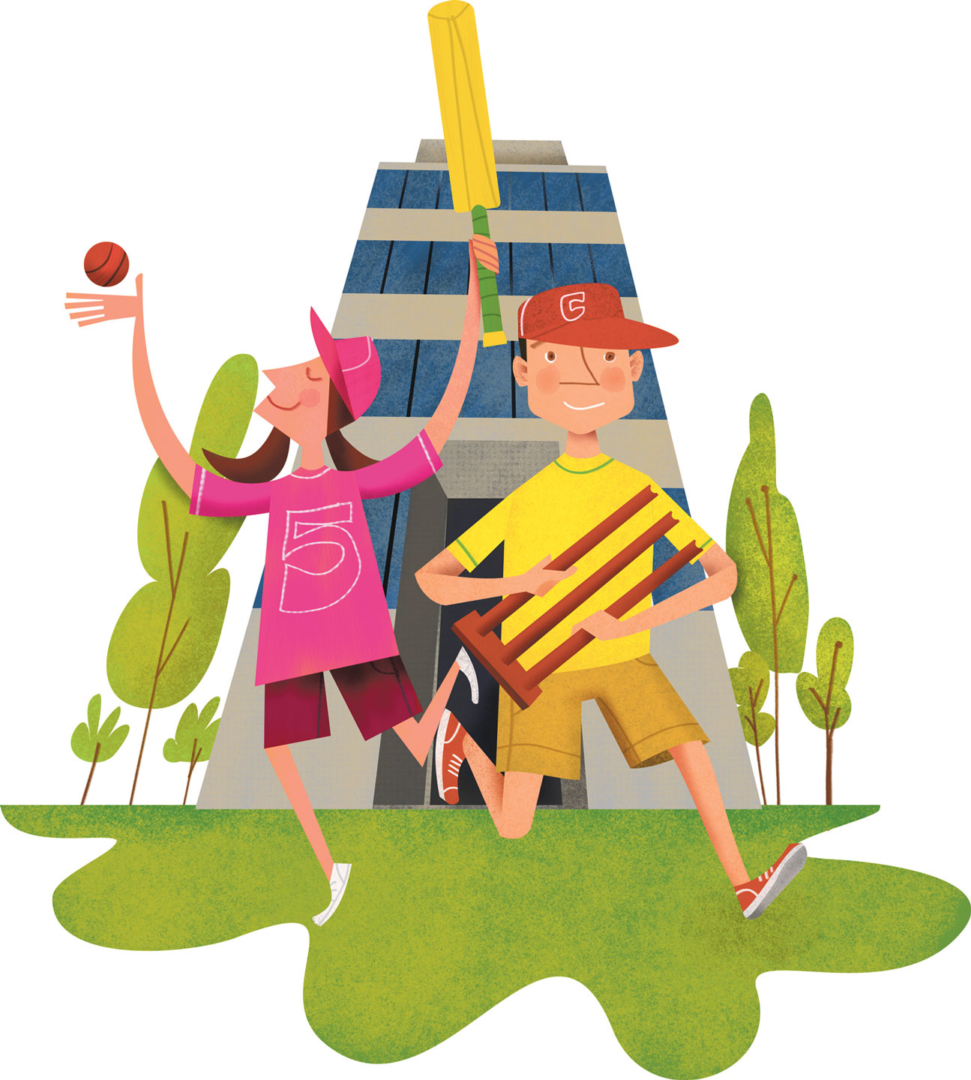 In many Australian cities, high-rise public-housing estates have always housed children. However there is an increasing number of medium-density (up to four storeys) apartment complexes and townhouses that offer an affordable option to ‘traditional’ housing, and it’s likely more and more families with children will be living in them.

But does medium-density living serve the needs of those children or are facilities, services and infrastructure struggling to catch up?

After two years living in a townhouse in a complex of 40, Carl Knaggs and his partner have decided it’s not the place to raise a young child. They bought the three-bedroom property in an outer growth area of Brisbane two years ago as it was within their price range and commuting time was reasonable.

However, says Knaggs, provision of amenities such as local parks has not kept up with the fast pace of development. “That would be okay if we had a backyard or an area within the complex for our son to play, but we have to get into our car and drive to a park,” he says. “Now we want a backyard of our own. We initially bought here as it was affordable and closer to my work. We are now looking at buying a house further out, even though it means another 30 minutes of commuting.”

Knaggs, who is an urban and regional planner, said that while the council had plans to develop proper infrastructure in the area, the ad hoc location and accelerated residential development meant plans for services had lagged behind development.

By contrast, Bruce Taper, his partner and two girls under four years of age are happy for now to trade off the small space of their two-bedroom apartment in Sydney’s Bondi for the location and affordability. “We live close to the beach and a great park, so we don’t need a backyard, and the school will be within walking distance for the girls,” says Taper. “We have thought about moving, but we don’t want to give up the benefits of the location. We bought here as it was reasonably affordable, compared with a house. While we are the only unit with children in a block of eight, we live in a street full of children, so we rarely get any complaints about noise. It’s only in wet weather that we notice the small play area inside.”

Community gardens can be a haven for apartment dwellers

Meanwhile, because of the high number of apartments in the area, Bondi’s local council has allowed residents to establish edible gardens along the footpath, as many residents don’t have access to a backyard.

Community gardens can be a haven for apartment dwellers, providing a broad range of benefits, including physical activity and mixing with neighbours across different cultural backgrounds.

Building design is an important element in apartment living for families. Rob Costello and his partner have an eight-month-old child in a 1970s-style building in inner-city Melbourne. “We love the location of our apartment, but the design of the complex is not conducive to families with children,” says Costello. “For example, the communal laundry is accessed by a long set of narrow back steps and the common walls are not soundproof. We get concerned about the baby waking the neighbours at night.”

Costello and his partner have now bought a house, since “the apartment is just not big enough, especially when friends visit with their children – though we have enjoyed living in this location because of the parks, public transport and local shops.”

Emma Driver, who with her partner is raising a two-and-a-half-year-old daughter in an apartment in Pyrmont, Sydney, has similar concerns about the design. “I have to climb 70 steps between the basement and my apartment, which makes carrying a pram, toddler and groceries difficult. But I love the area and its facilities, and I have noticed many more families moving into the area,” she says. Driver has lived in the apartment for more than 10 years and enjoys the inner-city lifestyle. She’s received no complaints from neighbours about noise and points out that some of the apartments host regular parties that are much louder than her daughter.

In both these inner-city locations, the councils have provided excellent facilities for families, including information on activities available for children in the area and recent upgrades of local parks. Both families have noticed an increasing number of children in their areas and local playgroups are full.

Apartments may be suitable for younger children, but as Antonia Fredman is finding out, families can outgrow them. She lives with her partner and their children, two and four years old, in Glebe, Sydney, and has enjoyed the inner-city lifestyle, but is noticing the apartment’s lack of storage space. “I can see a time when the children get older that we may need to look at getting a bigger space,” she says, “but we would be prepared to look at a bigger apartment in this area, rather than moving further out into a house.”

The Planning Institute of Australia, the professional association for urban and regional planners, advocates for child-friendly communities in the built environment, with principles derived from the UNICEF Child Friendly Communities initiative. These principles urge governments to recognise the needs of children and young people in urban design and management.

There are many ways in which the design of the built environment can affect children’s health and wellbeing. For example, the built environment can provide areas for active play, create a sense of belonging, foster social connections and enhance freedom to explore. A child-friendly community also means apartment-complex designs should consider the needs of children and carers, including storage and room size, access and nearby play areas.

As our cities continue to grow, it’s likely more apartments will be built to cater for future growth, particularly in the inner-city areas and along transport corridors. And with increasing numbers of children living in this type of housing, it’s imperative that governments and developers give special attention to creating child-friendly communities that address the needs of these children, their parents and carers.

Liz de Chastel is an urban planner and a Senior Policy Advisor, Canberra.