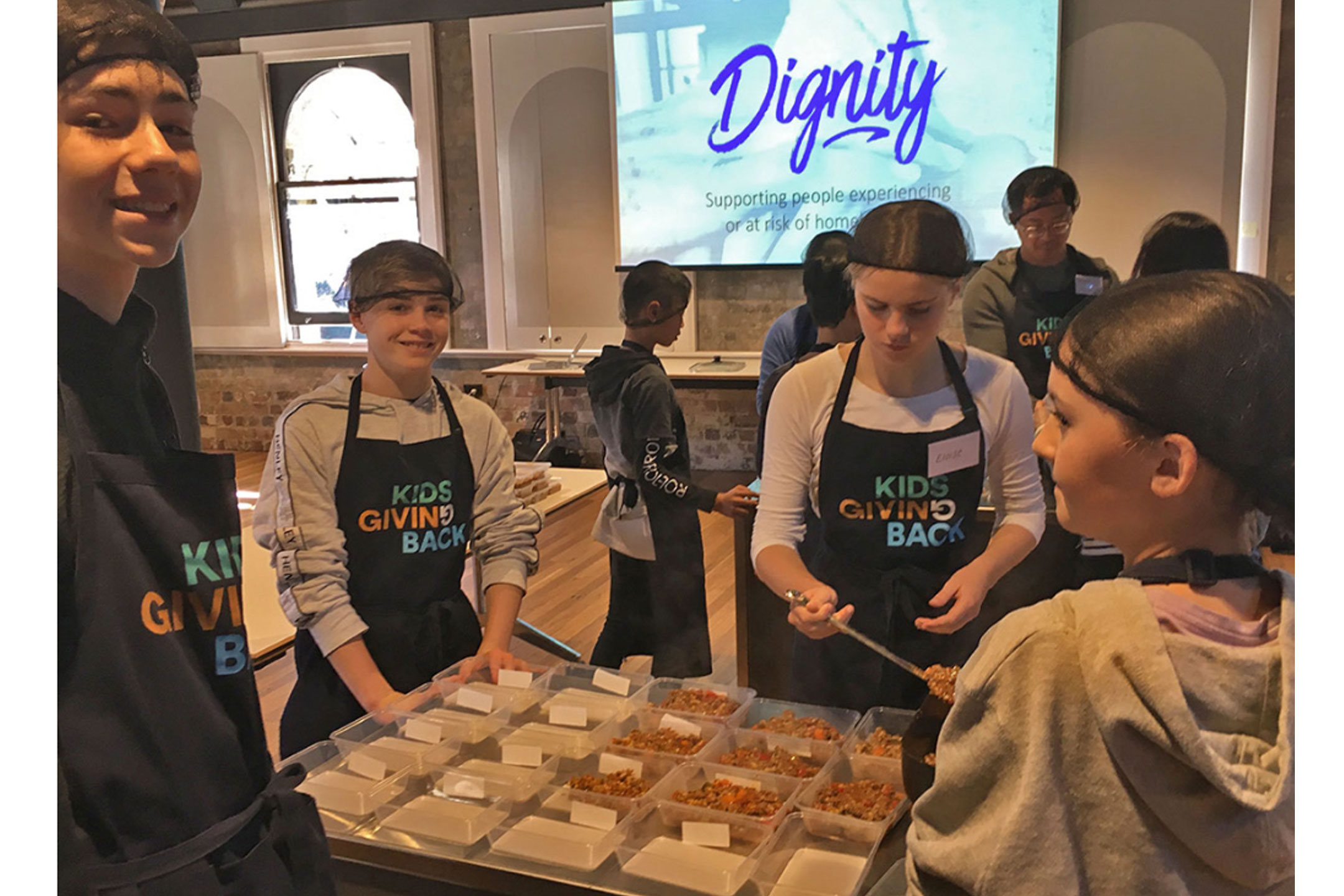 16 Dec The Giving Games: kids and the gift of giving

Posted at 13:08h in Editors Picks, Inspire by admin

’Tis the season to be jolly, but the spirit of giving at Christmas can get lost in the spirit of ‘expanding our wish list’, writes Kater Symons. This festive season, we celebrate the kids whose number one wish is to spread joy through the gift of giving.

At the age of seven, Brooke Jones joined her dad on a business errand. It was a standard delivery, but the destination set the wheels in motion – literally. When Brooke returned home from the Nepean Cancer Care Centre that day, she swiftly declared she was heading outside where she planned to sell raffle tickets to passers-by.

There were a couple of problems with Brooke’s plan. Firstly, the Joneses lived in a cul-de-sac so passers-by were rare. Secondly, Brooke didn’t have a prize; she was, quite simply, planning to sell raffle tickets. But the philanthropic seed had been planted and Brooke, who is now 15, was determined to raise money for the Nepean Cancer Care Centre.

With help from her mum, Amanda, a former patient of the Nepean facility, Brooke brainstormed ideas and soon launched her grand plan – Brooke’s Car Rally, brookescarrally.com. She aimed to raise $300 in her first year, 2013; instead, she raised more than $7,200. She has gone on to raise over $25,000 from three events and is adding a trivia night to her charitable efforts.

The youngest of four children, Brooke believes “if there’s anything I can do to help, then I should.”

At Christmas, especially for kids, the importance of giving can be easily lost in the excitement of receiving. Yet, what children can gain from thinking of others and acting on generous instincts can be far more than Santa could ever leave under the tree.

Studies have shown that both adults and children involved in philanthropy experience multiple benefits including increased happiness, improved health and better social connections.

As the founder of SchoolAid, a national schools-based philanthropy network, Sean Gordon has been watching charitable children in action for almost two decades. His work with KidsGive, a two-year-old offshoot of SchoolAid with a crowd funding focus, has offered an even deeper insight into the natural generosity of children.

“I think most kids have a predisposition to want to give,” he says. “What we have found is that the kids experience that sense of hope, they feel more optimistic, they get excited, they’re highly engaged, they feel empowered to make a difference. Instead of feeling hopeless and despondent about the news and what a terrible world they live in, they think ‘It’s a good world and furthermore, I can make it better’. The benefits for the kids are spectacular and it’s the reason we exist.”

Since launching in 1999, SchoolAid has raised over $5 million in countless campaigns by students from more than 5000 Australian schools.

Jasmine Cochrane, is one of the organisation’s most prolific supporters. She has instigated eight philanthropic campaigns in support of a range of causes including children’s education in Bangladesh, Ebola medication and protective clothes, brumby horse rescue, and Nepal earthquake recovery efforts. She has run cake stalls, car washes and second-hand book sales. She has even donated 30cm of her own hair to make wigs for children with alopecia.

“It makes me feel really good and lots of people are a lot less fortunate so I want to not be selfish and help,” Jasmine says. “It’s good to get a small group of friends together and, even if you just do something really small like just raise a bit of money, it still makes a big difference.”

Four years ago Ruth co-founded Kids Giving Back, an organisation that provides volunteer opportunities for kids aged six to 18. The enterprise was in response to Ruth’s frustration at the lack of age-appropriate opportunities for her son.

“In the end, we thought ‘well, if we can’t find anything, we may as well do it ourselves’,” Ruth recalls. “The main impetus for us was to connect our kids with a world that was bigger than their own little bubble and to make them aware of communities around them.”

Kids Giving Back has connected about 6000 young people with volunteering opportunities and made more than 23,000 meals for homeless communities.

For Sydney teenager, Apsara Lindeman, Kids Giving Back presented an opportunity to continue living generously, as she had been brought up to do while living abroad. “When I lived in Vietnam, I went to an international primary school and every week we would have to bring in an item like soap or toothpaste to donate, and we would also get an understanding of where those items were going and why,” she says. “So it’s been ingrained from a very young age.”

Apsara first connected with Kids Giving Back one Christmas. With help from her mum Wendy, Apsara prepared a meal for 40 people at the Asylum Seekers Centre (ASC) in Newtown, Sydney. She also served the meal and washed up afterwards. This experience inspired the 14-year-old to start her own campaign,
Buy 2 Give. The online platform invited people to purchase simple items such as milk, rice and washing powder to help stock the ASC pantry.

“I want to spread the message that life is not just about us,” she says. “It’s not all about looking at our own lives, but being tolerant and understanding of everyone. Everyone has challenges in their life and there are ways you can help.”

For kids who want to take generosity a step further, these organisations connect you with charitable projects:

Kids in Philanthropy – workshops and events for kids to help them understand and engage in philanthropic activities, kip.org.au