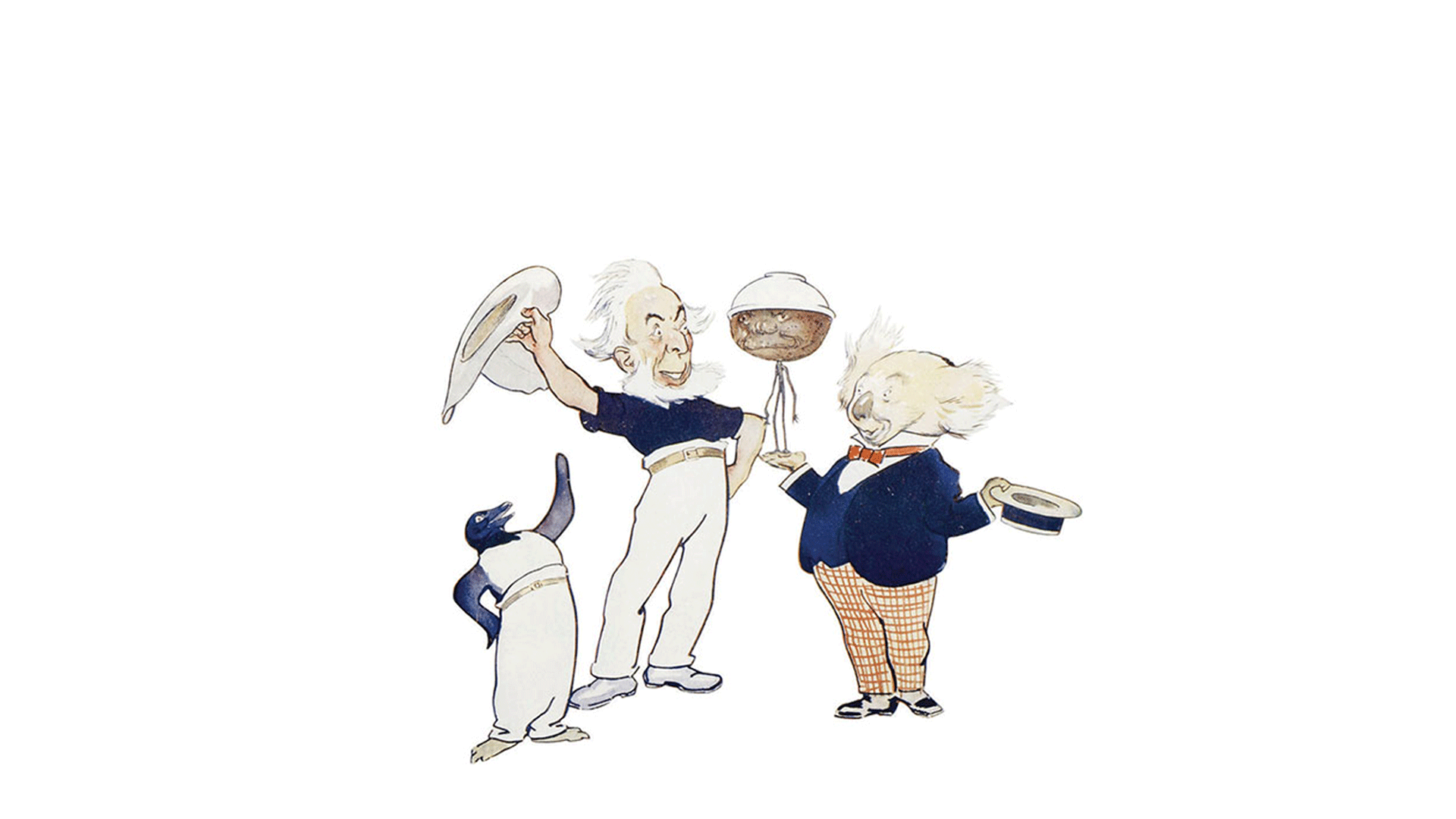 07 Feb The Magic Pudding: Let’s Catch You Up On An Aussie Classic

Posted at 15:37h in Celebrate by admin

A century after it was first published, Norman Lindsay’s classic Australian children’s book, The Magic Pudding, has been adapted into an opera by Calvin Bowman and Anna Goldsworthy.

With the help of Victorian Opera, and some frankly astounding design, the story of Albert, the talking pudding, and his companions has come alive on stage.

Unfamiliar with the story of the Magic Pudding? Here’s a recap:

The hero of the story is a koala named Bunyip Bluegum. Frustrated by living with his difficult Uncle, he sets off on his own with nothing but a walking stick. In his excitement he fails to pack any food, and after a few hours he is ravenous. 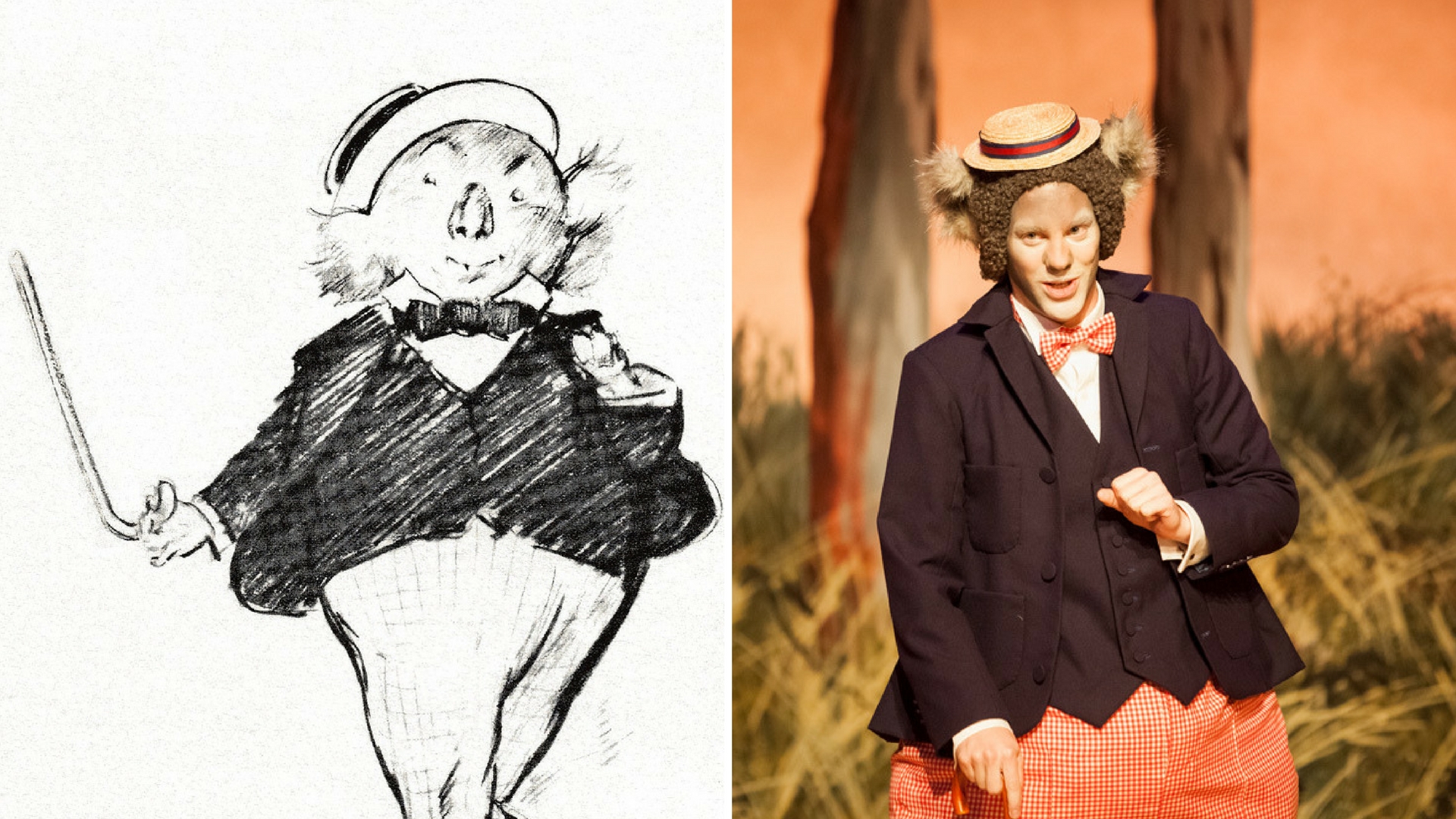 Luckily, he comes across a penguin named Sam Sawnoff, and an old sailor named Bill Barnacle. Best of all, they appear to be enjoying a lunch of steak and kidney pudding.

Suddenly the pudding speaks! It’s a magic pudding, named Albert. No matter how many slices of Albert are served and eaten, he always reforms into a whole pudding.

Taken with their new koala friend, Bill and Sam welcome Bunyip into their group – The Noble Society of Pudding Owners. 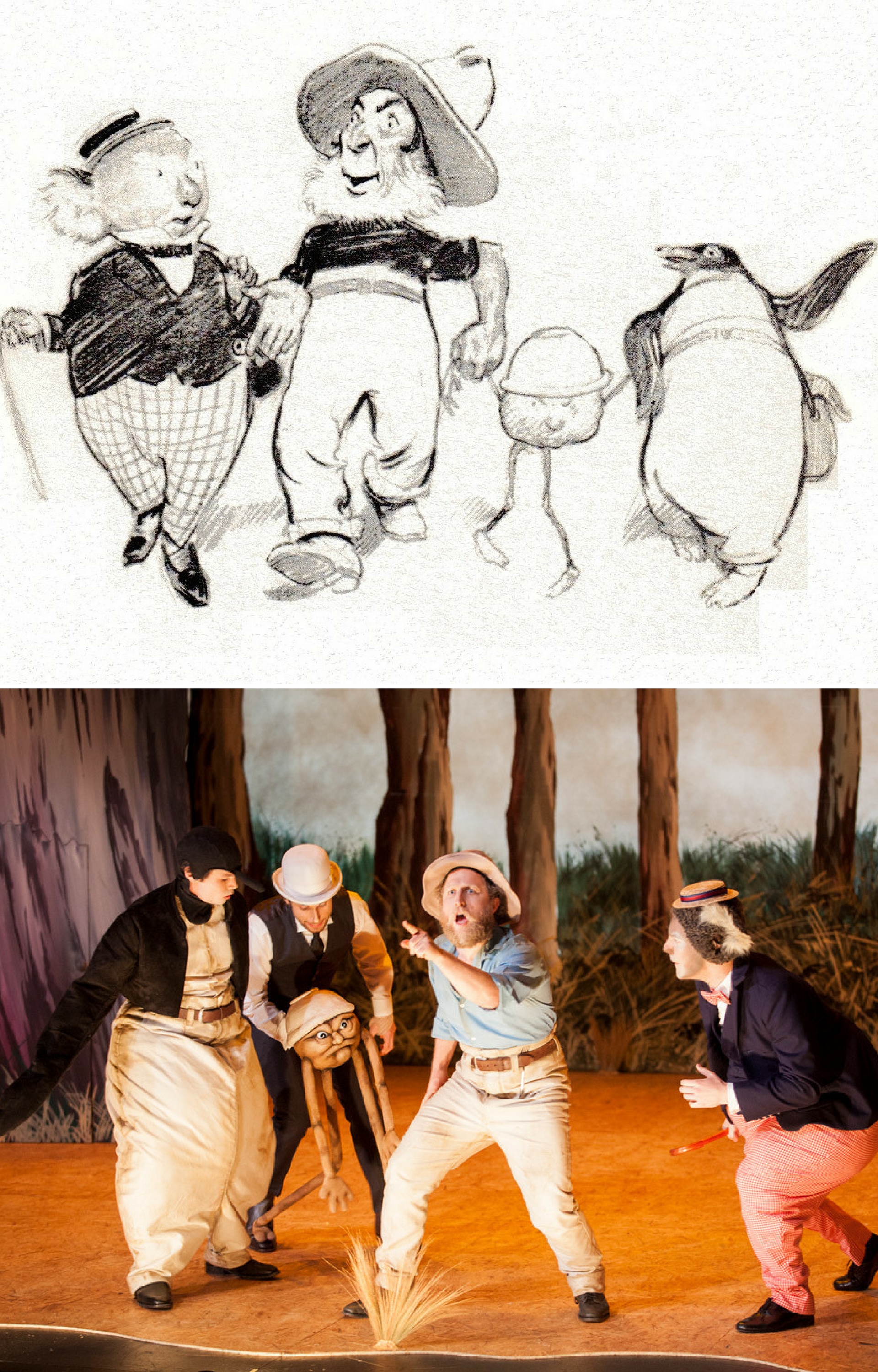 Of course, a magical pudding doesn’t stay secret for long and soon a thieving possum and his wombat accomplice attempt to steal Albert.

The thieves don’t let up, and continually attempt to grab the Magic Pudding. They almost have it when an elderly dog, Benjamin Brandysnap, steps in and rescues the Pudding Owners, before being welcomed into their group.

Eventually, the characters end up in the town of Toolaroo, where the local Constable puts the pudding in gaol for cheekily pinching the Mayor. 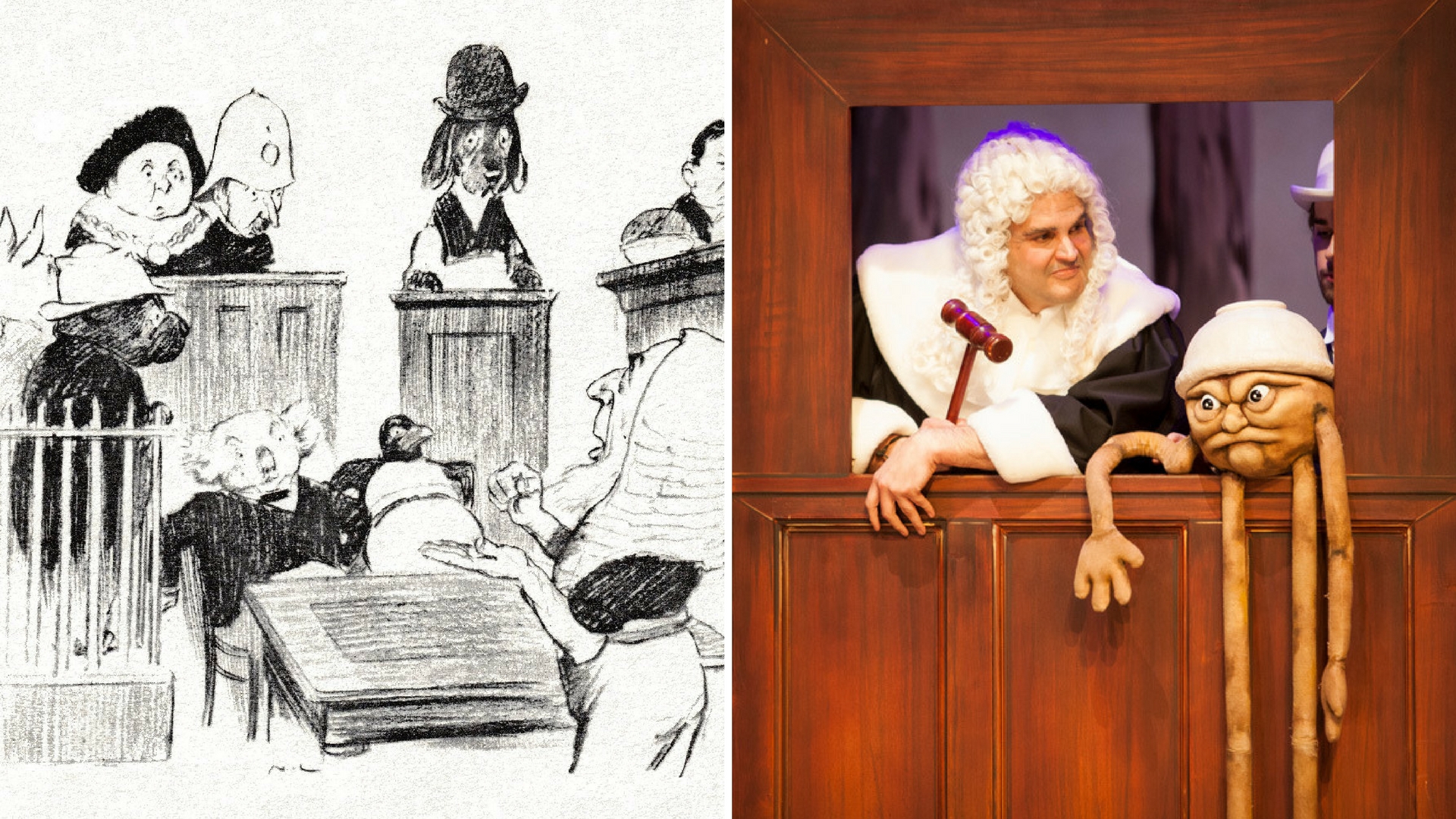 After a farcical court proceeding that ends in chaos, Bunyip, Bill, Sam, Benjamin, and Albert all escape and decide to give up the travelling life. They build a treehouse in Benjamin’s garden, and settle down to a life of ease. 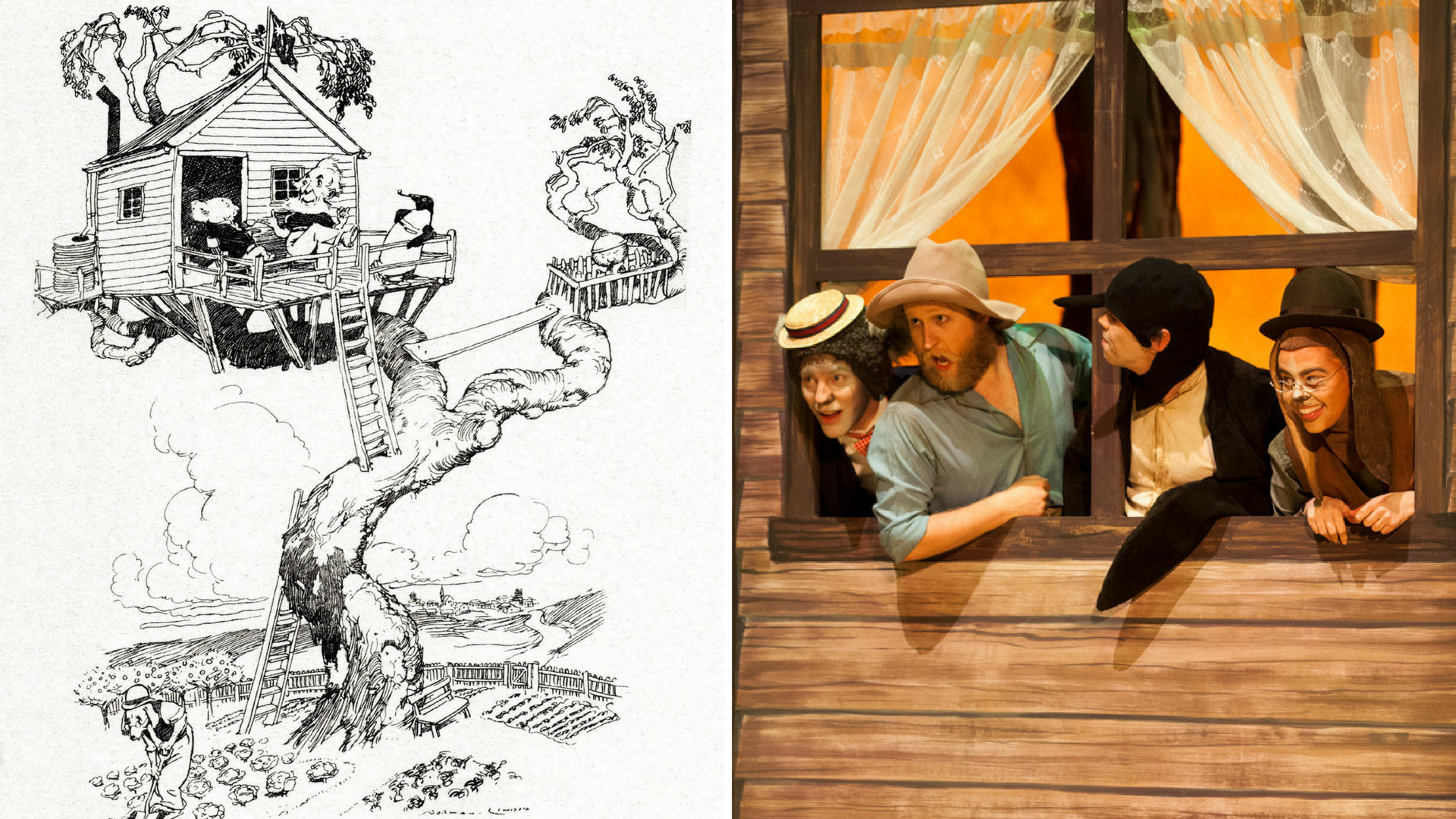 This article is sponsored by Victorian Opera // Photography by Charlie Kinross // Original illustrations by Norman Lindsay © H.C. & A. Glad