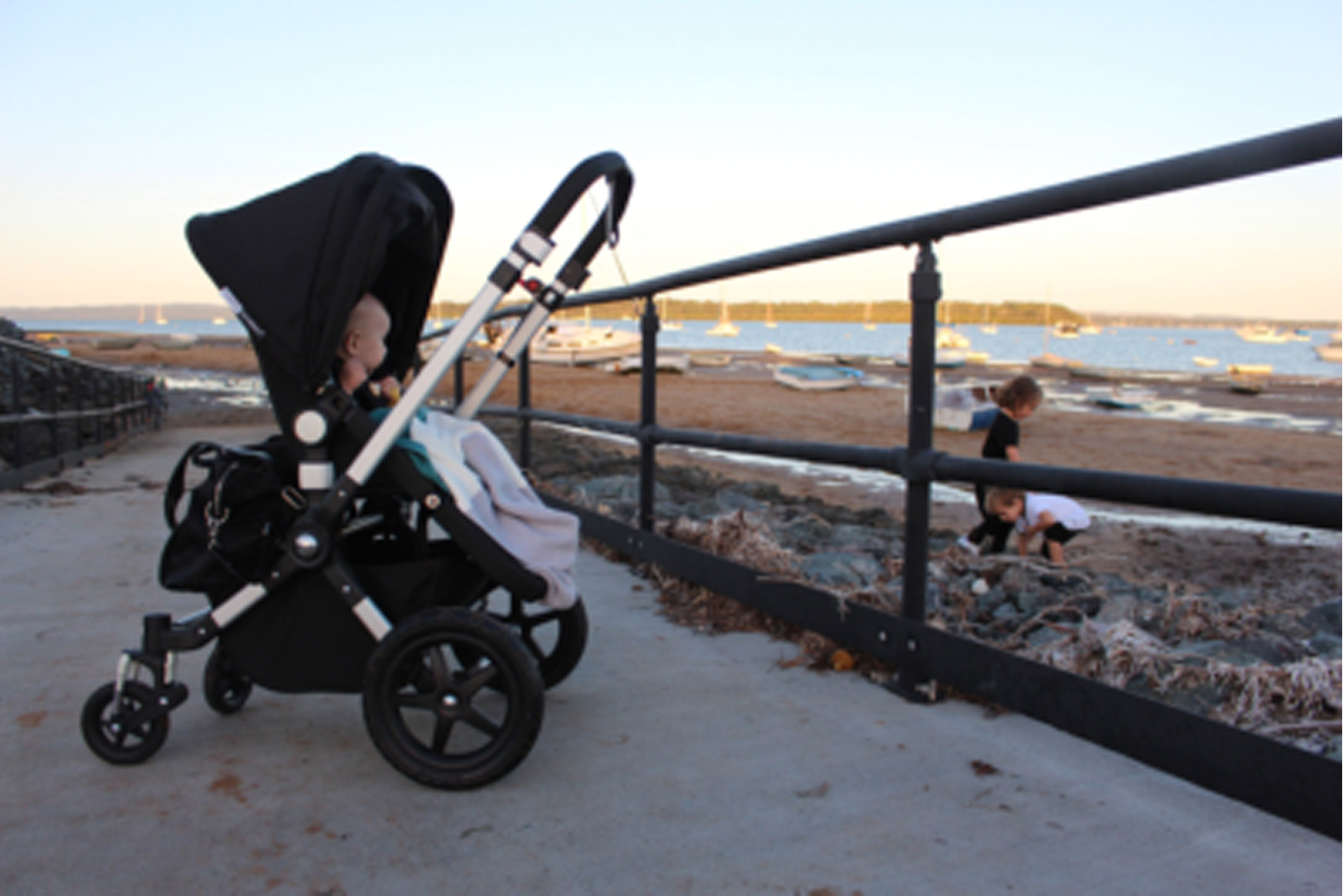 Posted at 14:43h in Editors Picks, Inform by admin 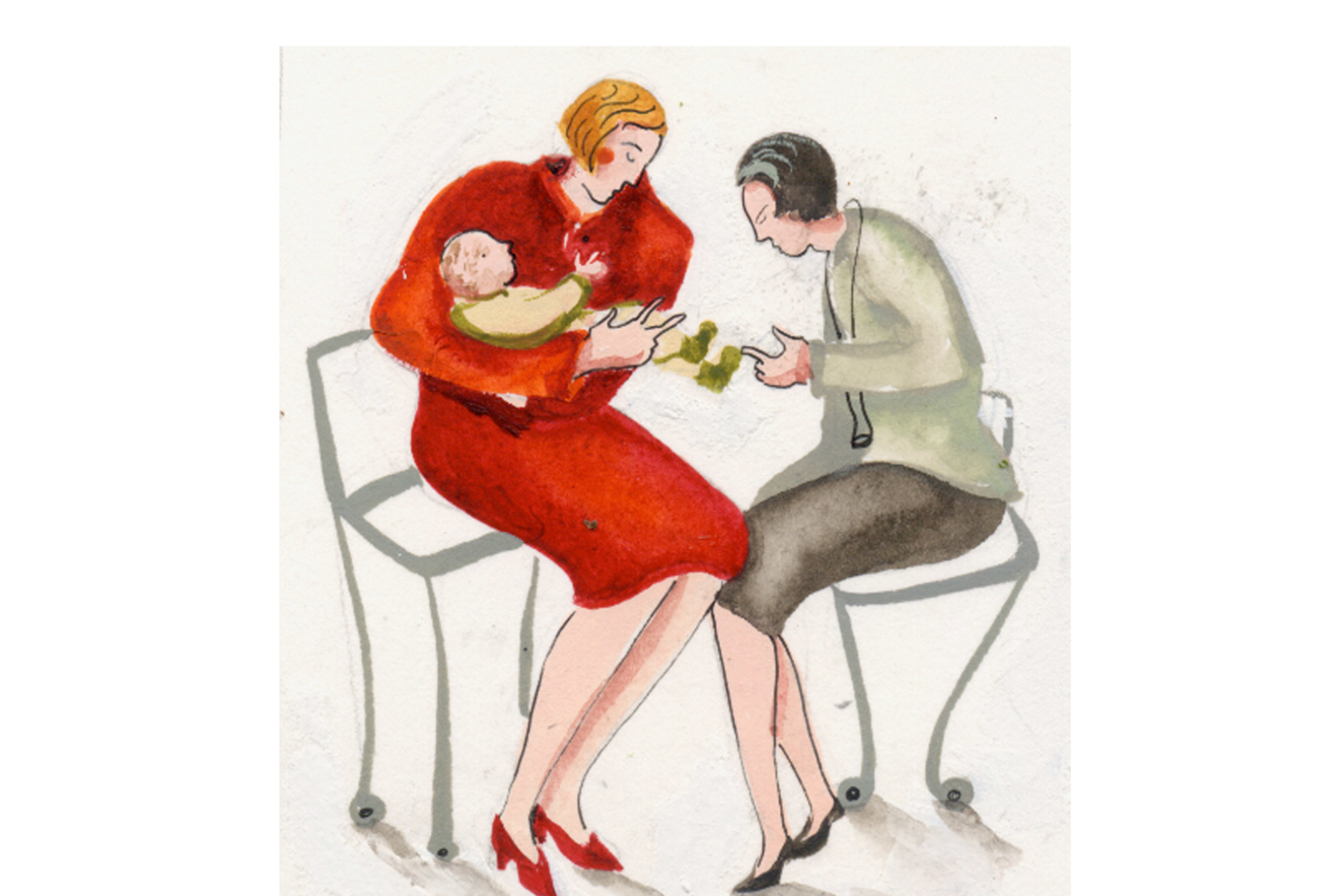 Clinical geneticist Dr Susan White writes about being the bearer of bad news.

It was the last appointment of the day. My desk was a rubbish tip: a stack of hospital files needing notes written and letters dictated, a tape measure dribbled on by the last toddler I had seen, my stethoscope buried under a pile of journal articles I should have read. My head felt like a rubbish tip, too, brimming with conversations from the day’s clinic, lists of things I had promised to do, and the throbbing beginning of a headache.

I pushed the clutter on my desk to one side and tried to free some space in my head as I read the referral letter for the last patient: Charlotte, a one-year-old baby with delayed development, poor growth and cataracts. 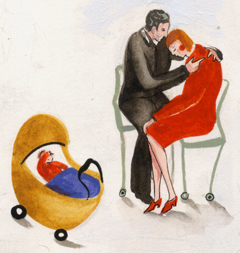 I brought Charlotte and her parents in from the waiting room. “I’m Sue White. I’m a genetics doctor,” I said and held out my hand. “Elsa,” the woman smiled and shook my hand. “And this is Ben and Charlotte.” Elsa was tall and slim and elegant: she would have been one of those girls I envied at school. Her husband, Ben, was unshaven with intense blue eyes. Charlotte was on her mother’s lap and already I felt a prickle of concern: Charlotte lay limp and quiet, and Elsa supported Charlotte’s head like a newborn.

“What led you to come to the genetics clinic?” I asked. “Charlotte’s paediatrician thinks there is something wrong with her, like a syndrome or something,” said Elsa. “And you, what do you think?” – I needed to establish where Ben and Elsa were at. Elsa’s eyes filled with tears and she tightened her grip on her baby. “We don’t know what to think,” said Ben quietly. “Everyone keeps telling us she has something wrong with her, so that makes us worried, but we just keep hoping she will get better…” his voice trailed off.

“I want you to know what I do in this clinic, because you may not want to go ahead,” I said. “I will assess Charlotte, and I will tell you if I think she has a genetic diagnosis. Some parents are not ready to hear that kind of news. Are you okay to go ahead with that?” They both nodded, eyes wide with fear.

Elsa told me Charlotte’s story. Charlotte was their first child, conceived after 18 months of trying. She was born by emergency caesarean section following a 20-hour labour. She was the first grandchild on both sides of the family. Everyone adored her. Initially, Ben and Elsa thought Charlotte was the perfect baby. She very rarely cried. Sometimes they had to wake her for feeds. The family thought that Charlotte was just like her Aunt Isobel, who had also been a placid baby. But at five months, they noticed that other babies were rolling over, and holding their heads up, and laughing. Charlotte wasn’t. Then the maternal and child health care nurse had concerns about her eyesight. She saw an ophthalmologist, who diagnosed cataracts. A paediatrician became involved, then a physiotherapist. An MRI (magnetic resonance imaging) scan showed changes in the white matter of Charlotte’s brain. Suddenly, their precious baby had weekly hospital appointments, blood tests and investigations.

I laid Charlotte on the hospital bed. She was a beautiful baby, with an upturned nose and delicate mouth, but her eyes were sunken. She did not make eye contact or respond to me. She was the size of a six-month-old baby. I drew her upwards by her hands and she was unable to support her head.

I completed the examination, my sense of dread growing. Charlotte had a genetic condition; that was clear. I suspected a very serious diagnosis, but I wasn’t sure. There was no way I wanted to raise the possibility of this diagnosis unless I knew that I was right. I brought in a senior colleague who was seeing patients in the next room. He examined Charlotte and we left the room briefly to confer. He shared my suspicions: “Looks like she has Cockayne,” he murmured sadly.

I returned to the room, took a deep breath and faced Ben and Elsa. “I am worried about Charlotte. I am concerned that her low muscle tone, her cataracts and her slow growth are all because of a genetic condition.” “But she has responded to the physio,” Elsa protested. “It’s good she has made progress,” I paused, searching for the right words, “but I need to be honest with you. I think Charlotte may have a genetic condition that is pretty serious. I need to do a test to be sure. We can discuss the diagnosis now if you want to, or we can wait until the results are through.” “It sounds pretty bad,” said Ben. “It is serious,” I replied. “It causes intellectual disability and other problems.” We sat in silence. “I only want to know if you are sure,” Ben said. His face was grey.

I felt relieved to get a bit of a breather. I didn’t want to have to go further today and I sensed that Ben and Elsa weren’t ready either. I explained the skin biopsy that was required to test for Cockayne syndrome. I would see them again when I had the results.

Prior to my second appointment with Ben and Elsa, I checked databases to make sure my facts were straight. Now, Elsa and Ben sat in front of me. Elsa gripped her lower lip with her teeth. Ben drummed his foot against the leg of the chair. Charlotte was asleep in the pram, with one arm flung across her face. Elsa searched my face and looked away. Tears drew dark tracks of mascara down her cheeks.

“The results of Charlotte’s skin biopsy show she has a condition called Cockayne syndrome,” I said softly. “What does that mean for her? Will it kill her?” Elsa cried. “Children with Cockayne syndrome do have a shortened life span,” I answered.

Elsa sobbed and Ben held her in his arms, her chest heaving. I sat still, feeling the impact of the news shatter and splinter in the room. After a few minutes, Elsa’s crying lessened and the questions started. “Is this why she has cataracts?” “Yes.” “Could the diagnosis be wrong?” “I don’t think so.” “Is there any treatment?” “There is no cure, but we will do everything we can to help Charlotte reach her potential.” “What is the life span?” “Most often 10 to 20 years.” 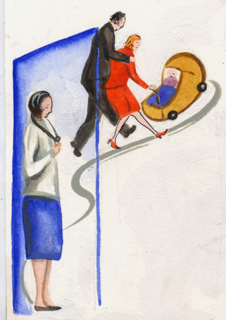 There are three different types of Cockayne syndrome, and I described the usual course of the syndrome in Charlotte’s type: a child would be slow in their development, and then slowly lose the skills that they had gained. Each answer struck Ben and Elsa like a blow. The questions dried up and we sat in silence until Ben spoke. “I want to know, how… how will she… go?” Ben held his head in his hands and his body shook as I talked about respiratory infections, the most common cause of death.

Charlotte stirred in the pram and started to cry. Elsa lifted Charlotte onto her lap, smoothed some wayward strands of hair on her head and gently touched her feet. “Will she walk?” “I don’t know, Elsa.” I felt I was walking a fine line between honesty and false hope. “Most kids with Cockayne don’t, but some have.”

We talked in circles as Ben and Elsa searched for hope amid the bad news. Tears came in waves. I watched their dreams and hopes for their baby unravel. I tried to be honest without destroying all hope. I wanted to leave Ben and Elsa with some strength for their onward journey. “I want you to remember this: every child with a genetic diagnosis is different, and while I can tell you about the usual pattern with Cockayne syndrome, I don’t know exactly what the future holds for Charlotte. Only she can show us that, with time.” Charlotte’s fist wrapped itself around Ben’s thumb, and a fleeting smile brightened Elsa’s face.

Later that day, I made my way home to my son. He greeted me with a gummy smile, and I held his robust little body and kissed his rudely chubby cheeks. I felt helpless and exhausted and relieved that my son was healthy and guilty for feeling that way. I could not imagine what it would be like to be Ben and Elsa. I only knew what it was like to be the messenger: to bring bad tidings, witness their shattering effect, and be left with splinters of a family’s sadness in my heart.

Dr Susan White is a clinical geneticist based in Melbourne.

Names and identifying details of individuals in this article have been altered for reasons of confidentiality.