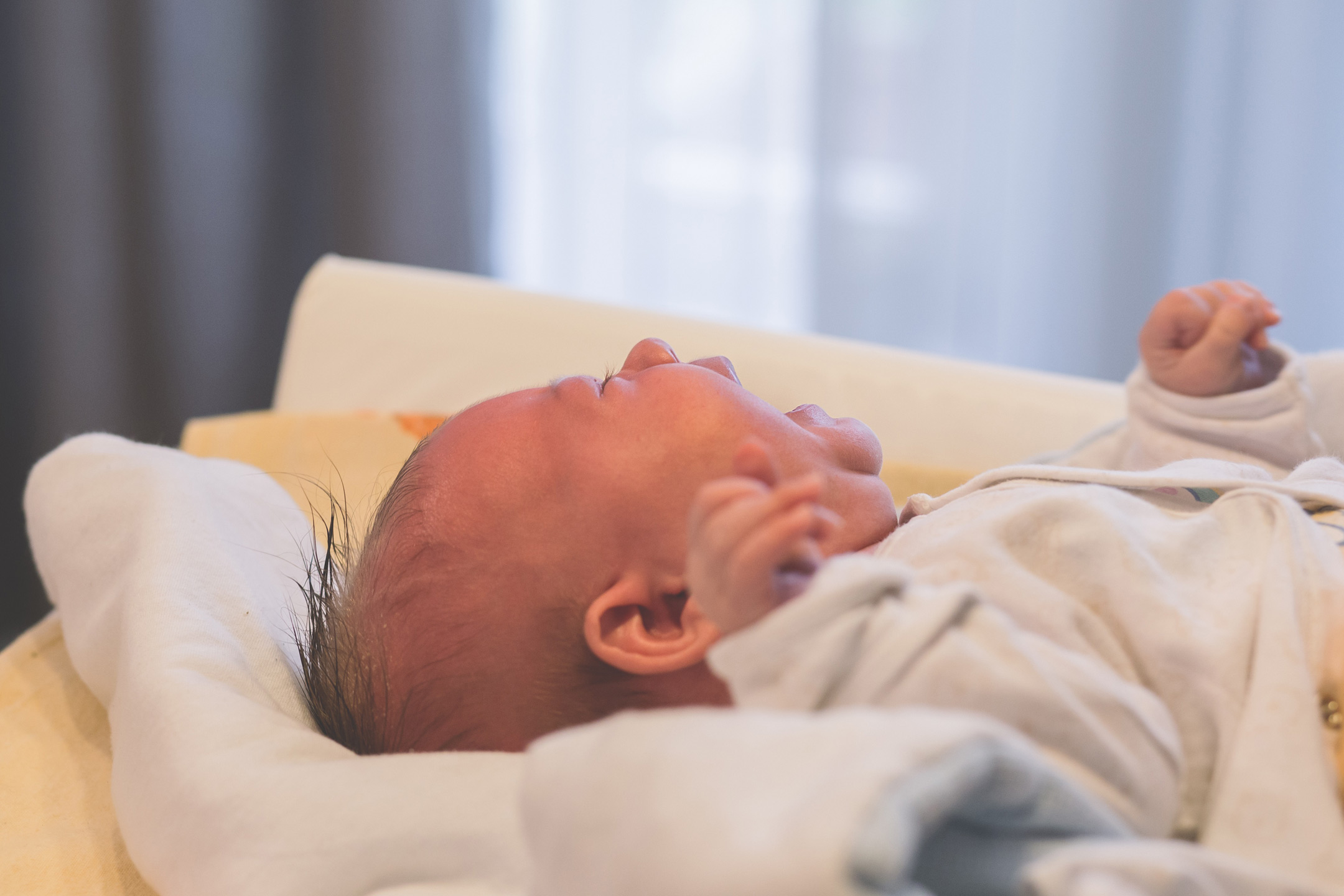 Posted at 12:04h in baby, Motherhood by admin

An international study has found that a specific probiotic group is twice as likely as a placebo to reduce crying by 50 per cent after three weeks of treatment for colicky babies who are exclusively breastfed.

While we don’t know what causes colic, we do know it can be hard to handle.

Babies who cry or fuss a lot and can’t be settled are often described as having colic. The condition is defined as “episodes of crying that last for more than three hours a day, for more than three days a week, for three weeks, in an otherwise well-fed, healthy child”.

The condition, which affects one in five families, is most common in babies less than three to four months old – and typically goes away over time, but that doesn’t make it any less frustrating and distressing for new parents.

And, up until now, there’s been no effective treatment for colic.

The hope comes from a collaborative international study led by the Murdoch Children’s Research Institute (MCRI), in partnership with 11 other institutions around the world, which found the probiotic Lactobacillus reuteri DSM 17938 has the potential to provide some reduction in crying in exclusively breastfed babies less than three months old.

Dr Valerie Sung, the lead author and paediatrician, says many studies have looked at the role of probiotics in treating colic, but this particular strain shows promise.

“Families of exclusively breastfed babies with colic now have an option of trying something that may help, whereas in the past, there really was no effective option available,” says Dr Sung.

Probiotics and the Gut

The study, published in the journal of the American Academy of Pediatrics, combines raw data from four major high-quality, double-blind, placebo-controlled Lactobacillus reuteri trials, in Italy, Poland, Canada and Australia. It was supported by the International Scientific Association for Probiotics and Prebiotics.

The team worked together to analyse data from 345 babies less than three months old with colic from four countries. It is the first and largest analysis of Lactobacillus reuteri for treating infant colic, and the results were compared with babies treated with a placebo.

Lactobacillus reuteri is a probiotic, which are defined as “live microorganisms”. It’s the most commonly found lactobacillus species in the human gut, though not always and often in relatively low numbers.

This probiotic strain was first described in 1980 by German microbiologist Gerhard Reuter. Animal studies indicate that it may change how pain is perceived in the guts of rats, modulate how the gut contracts and increase the protective effects of the mucus layers of the gut.

Both human and animal studies have shown it can reduce gut inflammation and kill bacteria, or stop their unwanted effects. Interestingly, the probiotic has the ability to inhibit the bacteria E. coli – which has been shown to be more abundant in the guts of babies with colic than those without.

And Lactobacillus reuteri is the only probiotic strain that has shown promise in treating infant colic.

“Because of the controversial results, we decided to team up with the other researchers from the other three high-quality trials to combine the data, creating more power and accuracy in determining the probiotic’s overall effectiveness,” says Dr Sung.

“We did find evidence that Lactobacillus reuteri is effective in breastfed babies with colic.”

And while the study is hopeful, the lack of studies on formula-fed babies mean it’s not necessarily an automatic cure.

“Unfortunately, I am not aware of any trials to examine the probiotic’s effectiveness for formula-fed babies with colic. This is a challenging area of research, because nowadays, many baby formulae have added probiotics and prebiotics which can potentially contaminate research results,” she says.

According to Dr Sung, the effectiveness of this treatment will need to be assessed on a case-by-case basis.

But for new parents struggling with a colicky newborn, it may help.

“Having been a parent of a crying baby, I know that a few minutes of crying can seem an eternity, let alone more than three hours of crying a day,” says Dr Sung.

“For any parent worried about their baby’s crying, it is important to seek help from their local doctor. Once the doctor has made sure there is no medical reason for the baby’s crying, then a three week trial of the probiotic Lactobacillus reuteri may be helpful for babies who are breastfed.

“Most of all, it is comforting to know that the crying period does end after four months. So to all parents of crying babies, hang in there.”