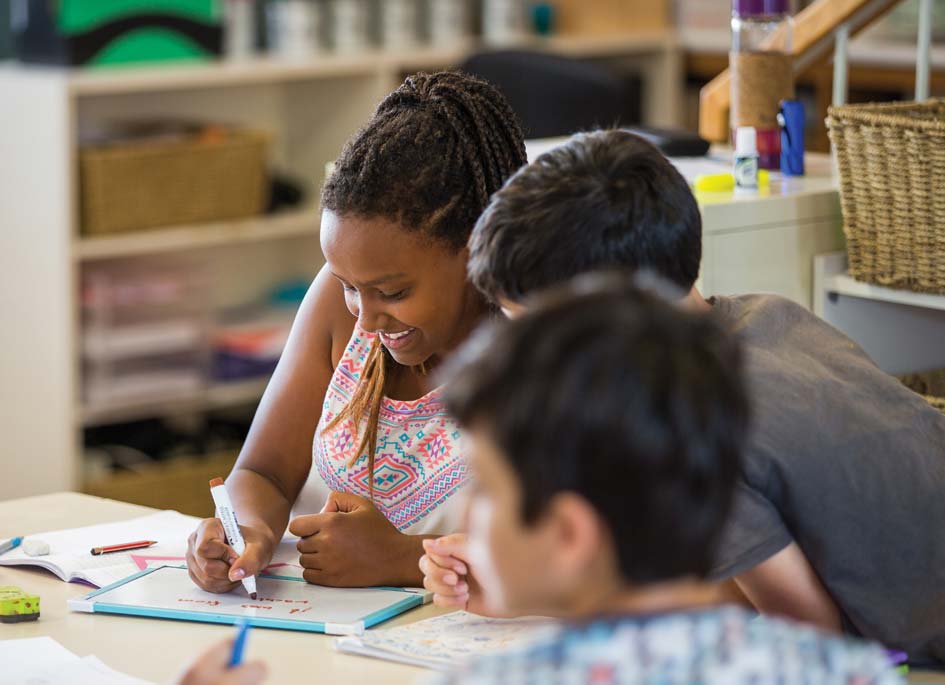 17 Feb The Trouble With Being Gifted

Posted at 13:00h in Validate by Guest Contributer

The problems began at my son’s Montessori centre, when he wondered why he wasn’t allowed to have readers, and then his disappointment when they eventually appeared – small hardback books with a single felt letter on the front.

No-one could have been prouder than I was when my son began to recognise his alphabet. I took it for granted, this being my first child, that this was the path that all children took, as he quickly identified his letters, began reading the makes of cars we passed in car parks and was proficient at using many simple words by the age of three.

Encouraged by my sister, who supplied me with pre-readers and early-reader texts favoured in the UK, I enthusiastically helped him with his reading nightly, and was pleased to see that my simple explanations of English pronunciation and grammar were absorbed with ease.

As a child, I had been a bookworm of epic proportions – in fact, my whole family were bookworms – so all this seemed normal. Besides, I was aware that early literacy was widely acknowledged as valuable by society. I had received my ‘baby book bag’ after my son’s birth, and we were regular visitors to the local library where posters encouraged you to have your children start to read early and to encourage their love of the written word.

How little I really knew. The problems began at my son’s Montessori centre, when he wondered why he wasn’t allowed to have readers, and then his disappointment when they eventually appeared – small hardback books with a single felt letter on the front.

When I gave the teaching staff the books he was already reading, they gently demurred. It was not good, they said, for children to have too many words that they couldn’t read on a page. My son could read all the words, so I didn’t understand their reticence, but I decided that they were the teachers and I should leave them to their job.

The problem in recognising my son’s literacy continued in the first year of school, when the teacher suggested a trial of some sight words. She found that he managed all of them in one sitting: those intended for his year, and those intended for children two years ahead of him.

‘Job done,’ the teaching staff decided, and after that his book bag was empty.

Parents of reluctant readers may think that this is not a problem. However, it was a problem, and still is in many ways.

It is difficult to find suitable readers for children that match their reading age with their actual age and emotional development. My son variously brought home encyclopaedias, comics more suited to teenagers, and novels containing warfare, drugs and nuclear disasters (no, I’m not joking).

Salvation has come in the form of second-hand-book shops, and stories intended for children of earlier eras – such as Five Children and It and Tiger in the Bush. These stories expect a high standard of literacy from their readers, but maintain an innocence and a child-centred view of the world.

There are also wider social issues when your four year old can competently (not to mention loudly) read all the crude graffiti on the local playground equipment.

But the greatest issue has been the response of the schools he has attended to his ability to read and understand texts beyond his years. It has meant that he has spent several years whiling away the literacy hour, often literally wandering around the classroom, while the teacher focuses on the majority who need help.

On occasions, he has been rewarded with certificates for his ability to read by himself, but by and large he has been left to himself. Of course, there is more to school than reading and comprehension, but it forms the basis for so much of children’s later learning and is a large focus of early-years teaching practice.

My concern relates to the effect this has had on my son’s motivation, engagement and attitude to learning. Gradually, school has become a place to spend time, not energy; ideas and items he is interested in are often stored away to do at home. Activities he cannot ace without effort are treated with suspicion, and he backs away, unwilling to have a go.

This type of reaction is recognised by gifted and talented associations, which have identified that when students do not find school stimulating, they learn to expect boredom and fail to embrace new learning experiences in the future. This does not only apply to the gifted.

Stanford University researcher Carol Dweck describes the importance of motivation and love of learning to all individuals. She identifies the mindset of some individuals who may be proficient or ‘naturals’ in certain areas (academic or sporting) as ‘fixed’, which leads them to reject any learning experiences they may fail at and prevents them from working to improve their abilities.

In contrast, individuals who have an ‘incremental’ mindset in relation to learning understand the potential to improve their abilities (academic, sporting or otherwise) through ongoing work, and tend to remain motivated despite any difficulties along the way.

In my son’s schools, there has been a lack of expectation for my child, clearly demonstrated by the absence of appropriate goals being set for him. I have watched my son’s gentle slide into boredom: the loss of the spark in a child who used to buzz with the joy of learning, and his transformation into a child who expects to do well without effort.

As my son headed into Year 2, I was advised to provide my own activities for him during his class’s reading hour.

So I provided English extension activities from the local educational bookshop, which he greatly enjoyed doing… at home. I was disappointed, but understood that he had no desire to be different from his peers – or to have his mother in the classroom too much!

The next step was to use the region’s gifted and talented association outside of school hours. So, despite feeling uncomfortable with such a label, we trekked the requisite 40 minutes to the association’s Saturday sessions, leaving my son’s siblings back at home.

While the sessions were stimulating, and I started to see sparks of enthusiasm return to his eyes, I had a sneaking feeling that I was doing a long-term disservice to my son.

Should I allow a 30-hour week at school to be whiled away and yet expect him to work at weekends?

I made a decision not to look for other schools. We had already moved once and there were no ‘gifted’ programs in any schools nearby. So I dug in my heels and repeatedly discussed the issues with my son’s teachers, his principal and even the regional director of education.

I looked up the curriculum guidelines for gifted children, began to learn the lingo of educational services and requested a personalised learning plan for my son. Most of all, despite the obstacles, I did not give up.

My son is still several years ahead of his age group with regard to reading, and still finds the more repetitive aspects of schooling frustrating, but there has been progress. He now has an activity box, provided by the school, to use during literacy hour, and they have allowed him more freedom to research areas that interest him and even to develop his own lessons to share with the class.

My experiences lead me to encourage any parent whose child’s needs are not being met (in any arena) to research the issue, to become well informed and to access local educational guidelines – and then persist with requests that they are implemented.

Since then, I have had two more children, and while it’s a little too early to predict the path of my third son, my second son has followed a different route to early literacy. His has been a more traditional route, with repetition and difficulties along the way, with nightly sight words and many little hardback books with felt letters on the front.

As the years have gone by, both the hare and the tortoise of the readers in my family have reached similar goals, but with consequences that their teachers may not appreciate. My tortoise has learned perseverance and the joys of hard-won achievement at his place of learning – school.

My hare has learned not to stand out too much, that work should come easily or not at all and, somewhat sadly, that school is more often a place for waiting than learning.

I fear that when my children have finished school, the tortoise may well be ahead of the hare.

I still believe in the benefits of early literacy, but I think that educators need to have more flexibility in their approach. I would hope that they could place a higher value on continuing achievement for all, avoid the label of ‘gifted’, and truly ensure that when it comes to learning, every child matters.