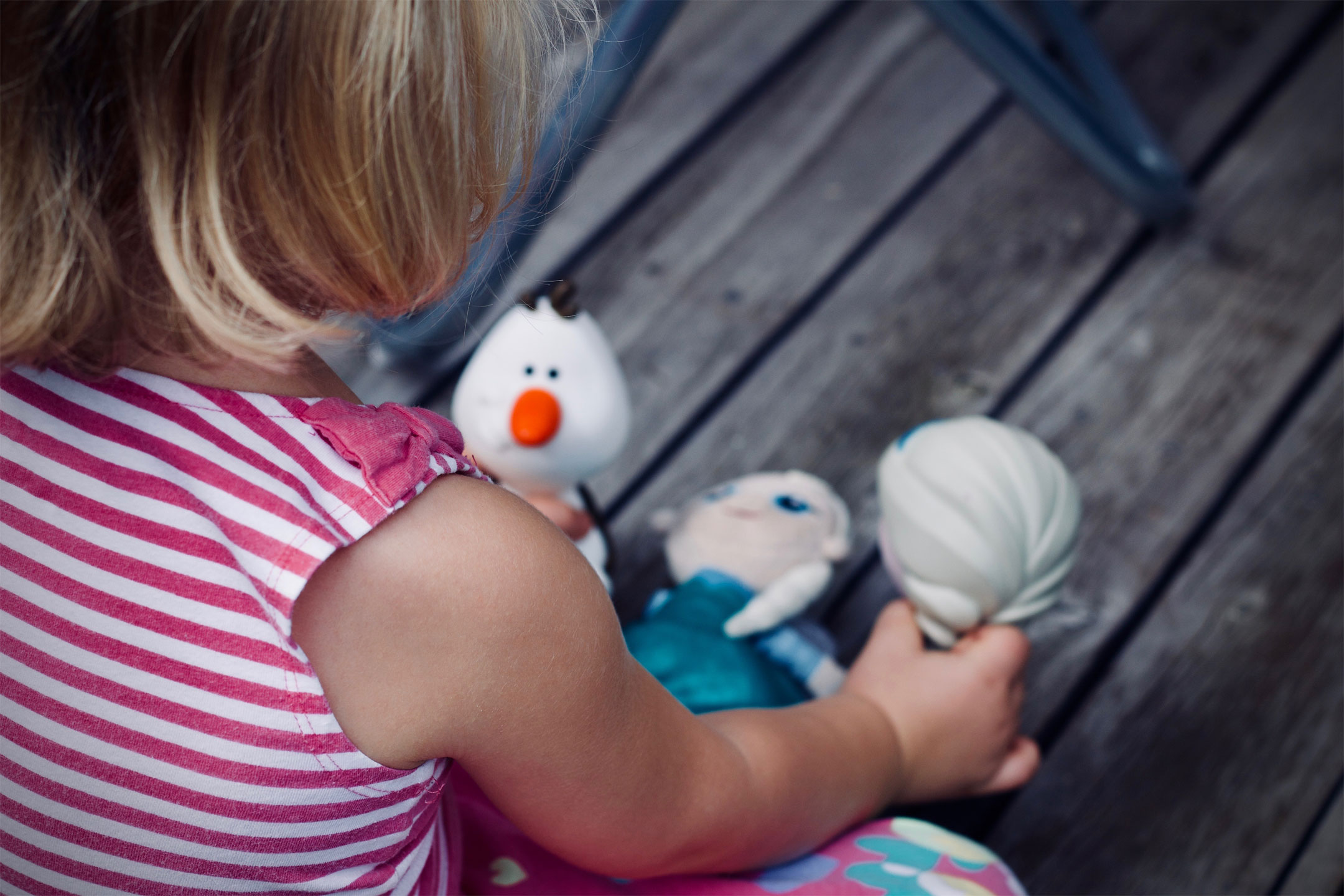 04 Jul The Twist In Some Tales

Posted at 11:07h in Celebrate by admin

What lessons are these sumptuous, happily-ever-after tales of beautiful and very stereotyped boys and girls, ethnicity, love and romance really teaching our kids, if they’re teaching them anything at all?

It’s impossible not to recognise the legacy of Walt Disney, his global corporation and its omnipresent trademarks. There are the ubiquitous Mickey Mouse ears that form one of the most recognisable symbols in the world today. There’s also the magic castle, with pennant fluttering and animated curving rainbow followed by a splash of stars, which precedes some of the most successful movies in cinematic history. But that’s not all.

The Disney empire has also launched into our children’s lives (and ours) thousands of beloved characters – through its television networks, lucrative toy manufacturing, games, manchester, clothing, DVDs and educational tie-ins.

Despite this pervasiveness, it is, arguably, for its animated fairytales that Disney is both known and loved the best. How many of us have taken our children to the latest Disney offering, secretly delighted that we have a legitimate excuse to revisit our childhood in the darkness of the cinema? Cinderella, Beauty and the Beast, The Little Mermaid, Aladdin; the list grows each year, as does the quality of animation.

Revisiting fairytales I knew and loved in the form of a Disney spectacular was initially a terrific experience for me. After all, growing up with the classic tales as bedtime stories, I was well-versed in the narratives and matured with an understanding of the importance they held in my life as moral and ethical touchstones for social and gender relationships. But as I watched the colourful Busby-Berkeley-style numbers dance across the screen, with their retro look and feel, a tiny voice inside me sounded a warning. What lessons are these sumptuous, happily-ever-after tales of beautiful and very stereotyped boys and girls, ethnicity, love and romance really teaching our kids, if they’re teaching them anything at all?

As educational theorist Henry Giroux argues, “the relevance of such films exceed[s] the boundaries of entertainment…. Unlike the often hard-nosed, joyless reality of schooling, children’s films provide a high-tech visual space where adventure and pleasure meet in a fantasy world of possibilities and a commercial sphere of consumerism and commodification.”

In other words, can we actually overlook the fact that underpinning Disney, like most businesses, is a moneymaking enterprise? Encouraged to think of Disney, “the happiest place on earth”, in mostly benign and generous ways, we think of the joy it brings our children, rather than the lessons its movies teach. After all, it’s hard for parents to deny their child’s wishes not just to be taken to the movie, but to own a three-dimensional replica of an animated character, DVD, computer game, decorated bed linen, pencil case or toothbrush, because they’re all part of the Disney experience as well.

However, there’s a strong argument to suggest that objects – examples of the extent of Disney’s cultural influence – actually focus more on educating our children how to be good little materialists in this corporate, consumer-driven world than they do anything else.

Before you start to think this woman needs a spoonful of sugar, let me also reassure you that I think that the Disney universe does some good by providing just the sort of escapist fantasy that it does. But, believe it or not, so did the classic fairytales. And this leads me to wonder why they were so radically altered by Disney if not to serve some ideological purpose.

Cinderella… is a story filled with human predicaments

The traditional folktales and fairytales, told by elderly members of the family (mostly women) by firesides and beds, were filled with violence, conflict and enchantment. They addressed all sorts of issues that were critical, therapeutic, conservative and challenging. The role of children (naughty and nice), parents (good, weak, foolish, evil, loving and brave), strangers, beasts, biological and social families, class distinctions, work, ethics, dignity, manners and numerous other forms of interaction and emotional and psychological journeys were explored through these tales.

Told for centuries, they endured in a flexible, culturally friendly format until captured by the pens of the Grimm Brothers and Charles Perrault. But fundamentally, the moral and ethical meanings remained. Psychologist Bruno Bettelheim acknowledges the importance of these tales to a child’s psychosocial development, explaining that they confront children with basic human predicaments.

Often the story ends with bloodshed

Cinderella, a tale that can be traced all the way back to ancient China, is a story filled with human predicaments. In the thousands of versions that exist, the Cinderella character (also called everything from Donkeyskin, Ash-Girl, Katie Woodencloak to Catskin and Rashin Coatie) rarely has a fairy godmother but relies on her own pluck to save herself from either her stepmother’s evil intentions or her father’s sexual advances.

Often the story ends with bloodshed or at the very least, those characters who hindered or hurt the Cinderella character get their just deserts in a way that makes a child listener deliciously reassured about fairness and good behaviour. My favourite is the Grimm version where those two stepsisters are, because of their cruelty to Cinders, made lame and blind for the rest of their lives. Kids love the inherent justice in that account.

Hans Christian Andersen’s beloved story of a little mermaid’s journey towards spiritual enlightenment and desire for a ‘soul’ (something that only humans can possess) is tragically explored in his heart-rending fable.

In the end, the little mermaid, who is rejected by her prince, casts herself into the ocean, prepared to become foam on the waves. The ‘daughters of the air’, or angels, might save her from this watery fate, but the lesson (religious connotations aside) is unambiguous: don’t try and change yourself to make someone love you; if they don’t love you for who and what you are, then they simply aren’t worth it. The Disney version on the other hand – featuring the quite sexual flame-haired Ariel – suggests: have an extreme makeover and the whole world will love you. And let’s not forget that undulating octopus, the villainous Ursula, who reassures Ariel that losing her voice isn’t so bad because men don’t like women who talk.

Even Aladdin, one of Disney’s great success stories, attracted negative publicity from a number of quarters, including from critics concerned about its racial portrayal of the Middle Eastern characters. Aladdin was released in 1992, around the time of the Gulf War, and provided many Americans with their first ‘harmless’ glimpse of the Middle East post-war.

What’s highly problematic is that all the ‘good’ characters, despite being native to the fictional Agrabah, have pale skins and Anglo-American accents. The evil characters, on the other hand, are swarthy and thickly accented. Furthermore, have you ever noticed how much Aladdin resembles Tom Cruise? That’s no accident. Stills from the military recruiting movie Top Gun (financed by the navy whose recruitments soared as a result) were used to aid animators in their construction of young Aladdin.

And have you ever noticed the absence of mothers in Disney movies? While on the one hand Disney can be congratulated for exploring all forms of family, why is it mainly mothers who have died or disappeared? And this is despite the fact that in the classic tales – Disney’s source material – mothers, if not female role models, feature
strongly. Cinderella, Ariel (in Andersen’s tale her grandmother and sisters are significant), Jasmine, Simba, Mulan, Belle, the list goes on. In the Disney galaxy, patriarchy oppresses and even replaces matriarchy.

In most of the films, the girls sacrifice their world and their dreams to ‘get the guy’

And what about sexual stereotypes and representations of gender? All the characters in the cartoons are ‘pretty’, extraordinarily thin (only comic sidekicks, fathers and villains carry weight) and anglicised. The girls may start out independent but, by the end, they need/want/are desired by the central male character. In most of the films, the girls sacrifice their world and their dreams to ‘get the guy’.

Perhaps Disney should take a lesson from an episode of Desperate Housewives that screened last year. Determined to make a school play ‘politically correct’ by changing the ending of Red Riding Hood, a particularly dominant mother is reminded why these tales have endured. Mother of four, Lynette, informs this woman that the ‘original’ tale did her and generations before her no harm. Changing the ending defeats the entire purpose of the tale, which is to relay an important lesson in an unthreatening and, for children, entertaining way.

Does this mean Disney, with its fractured fairytales, stereotypes and money-driven conscience is all bad? Not at all. But it does suggest that it is important for parents and teachers to be aware of what children are consuming. We are encouraged to think of cartoons as being harmless, but it’s often in this guise that a great deal of ideological foundation work is being done.

There is no need to fear the inherent darkness in the classic tales. After all, kids love them. As historian Arthur Schlesinger Jnr writes, they “tell children what they unconsciously know – that human nature is not innately good, that conflict is real, that life is harsh before it is happy – and thereby reassure them about their own fears and their own sense of self”.

Watched by children already familiar with the classic versions, the whimsical, musical Disney adaptations can provide an alternative viewpoint rather than functioning as the only version your child ever knows. In that way, the notion that ‘dreams come true’ becomes a possibility. It’s understood as something that comes from within, through hard work, a solid belief in the self and through kindness towards and tolerance of others, rather than from some outside force that subtly dictates conformity and the magical maintenance of sexual, gender and racial divides.

Dr Karen Brooks is currently an Honorary Research Consultant in the Centre for Critical and Cultural Studies, at the University of Queensland, where she lectures in the areas of media, youth, sexuality and popular culture using a psychoanalytical model. She has established both a national and international reputation for her work, and her research and social commentary is regularly published in Australia and overseas.

This article was originally published in CHILD Magazines and has been edited for the web.