11 Feb The Ups and Downs OF HIGHS AND LOWS 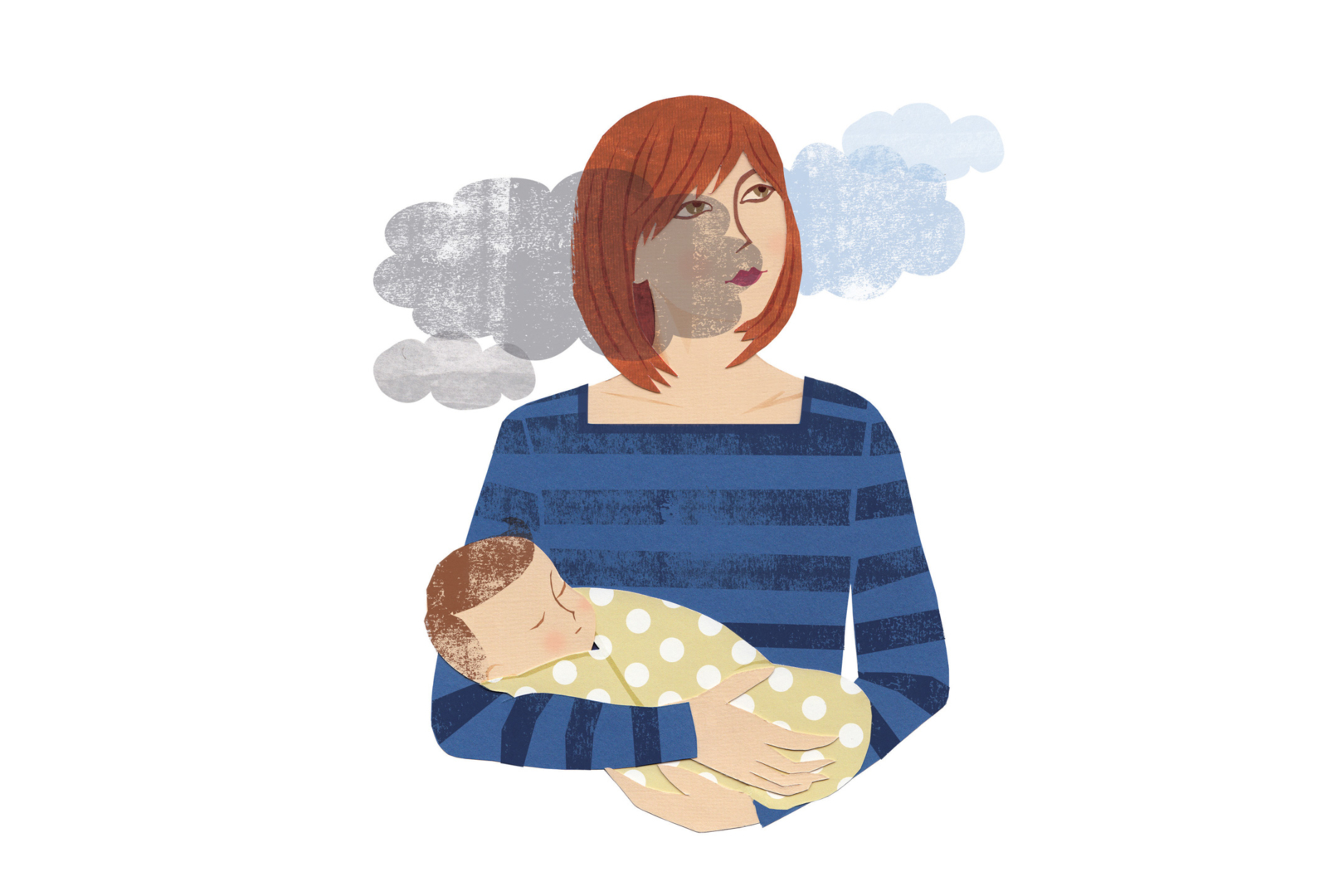 The roller-coaster ride of parenting becomes more challenging when Amanda McLeod is diagnosed with bipolar disorder.

I lost friends and colleagues who found it difficult to deal with my highs, lows and erratic behaviour.

After 12 months of trying to conceive, I was overjoyed when the pregnancy test was positive. Six weeks in and I felt great; no sign of tiredness or morning sickness. But things didn’t remain so breezy. Nausea, migraines and sleepless nights replaced excitement, and I wondered how other first-timers got through it.

While nausea faded at the end of the first trimester, fatigue remained my constant companion. I took myself to bed for the duration of my pregnancy – a kind of self-imposed confinement. I left my dream job as a postdoctoral researcher at a university, as I simply didn’t have the energy to do the work justice.

It wasn’t until a routine visit to my obstetrician at 20 weeks that I found out my experience wasn’t normal. I was prescribed antidepressants, and although these also helped me sleep, most of my time was still spent in bed.

After the arrival of my healthy and vibrant baby, Owen, things continued in much the same way. I was so tired and the pull of my bed was overwhelming. I put it down to being a first-time mother. I thought the overwhelming constancy of motherhood had simply caught me by surprise. While Owen and I bonded well and I breastfed with ease, things were not right.

About the time Owen turned one, I was referred to a psychologist for six counselling sessions to realign my post-baby life. The first five went well, as I poured my heart out to a stranger about how I felt I had no direction, energy or life. As the other women in my mothers’ group announced they were expecting baby number two, I grappled with just being me.

On my sixth and final visit, I announced that everything was fine. Actually, everything was great – I had all the answers to my problems and didn’t need any more counselling. My problem, I explained, was that I was no good at being a stay-at-home mum. I’d return to work and things would be fantastic.

It is a mistake to think of bipolar disorder as a mixture of good times and bad times – the highs come with high levels of anxiety, irritability and irrationality.

This sudden about-face worried my psychologist; she concluded that perhaps there were other, more serious issues at play. She asked whether there was anyone in the family with a history of mental illness. Yes, I had a mother, uncle, grandmother and second cousins with various forms of mental illness, but where did that leave me? Another referral, this time to a psychiatrist, revealed my own history of really high highs and crushing, bedridden lows.

While my friends delivered their second children, my world crashed down around me as I was told I had bipolar disorder. I was prescribed a raft of medications to be taken permanently, something with which I had difficulty coming to terms. As I battled to find the right combination of mood stabilisers, antidepressants and antipsychotics, I also battled on as a mother to an amazingly resilient little boy.

Over the next four years I went on, off and back on my medications. I tried to work part-time, full-time and not at all, never really finding a healthy balance. I took on too many projects and dumped them all when things got too much. I lost friends and colleagues who found it difficult to deal with my highs, lows and erratic behaviour. It is a mistake to think of bipolar disorder as a mixture of good times and bad times – the highs come with high levels of anxiety, irritability and irrationality.

I probably didn’t enjoy the first years with Owen as much as I could have, had I been more stable. Yet he thrived in spite of my instabilities. Finally, with my mood somewhat stable and a good combination of medications keeping me on the straight and narrow, my partner and I started talking about having another baby. Actually, the desire to have another child consumed my thoughts. At 38, time was running out.

This was far from an uncomplicated and straightforward decision. “Oh no,” was my psychiatrist’s reaction. The combination of medications I was on could not be taken during pregnancy, so the risks were high – if I went off my medication there was a great chance of slipping back into depression or psychosis. I not only had to make the right decision for me and my partner but for Owen.

In order to fully accept my illness, I had to accept my inability to have more children, which was easier said than done. It was particularly difficult when friends asked if and when I was going to have another baby. Answering truthfully meant telling them about my illness. But it wasn’t just society’s prejudices that I had to overcome. Nor was it just my family, friends and colleagues who had to come to terms with my instabilities – it was also me.

I made a real breakthrough when I came to terms with being a mum of one. And what a great one he is. Although the decision was far from easy, mum of one in a family of three it has to be.