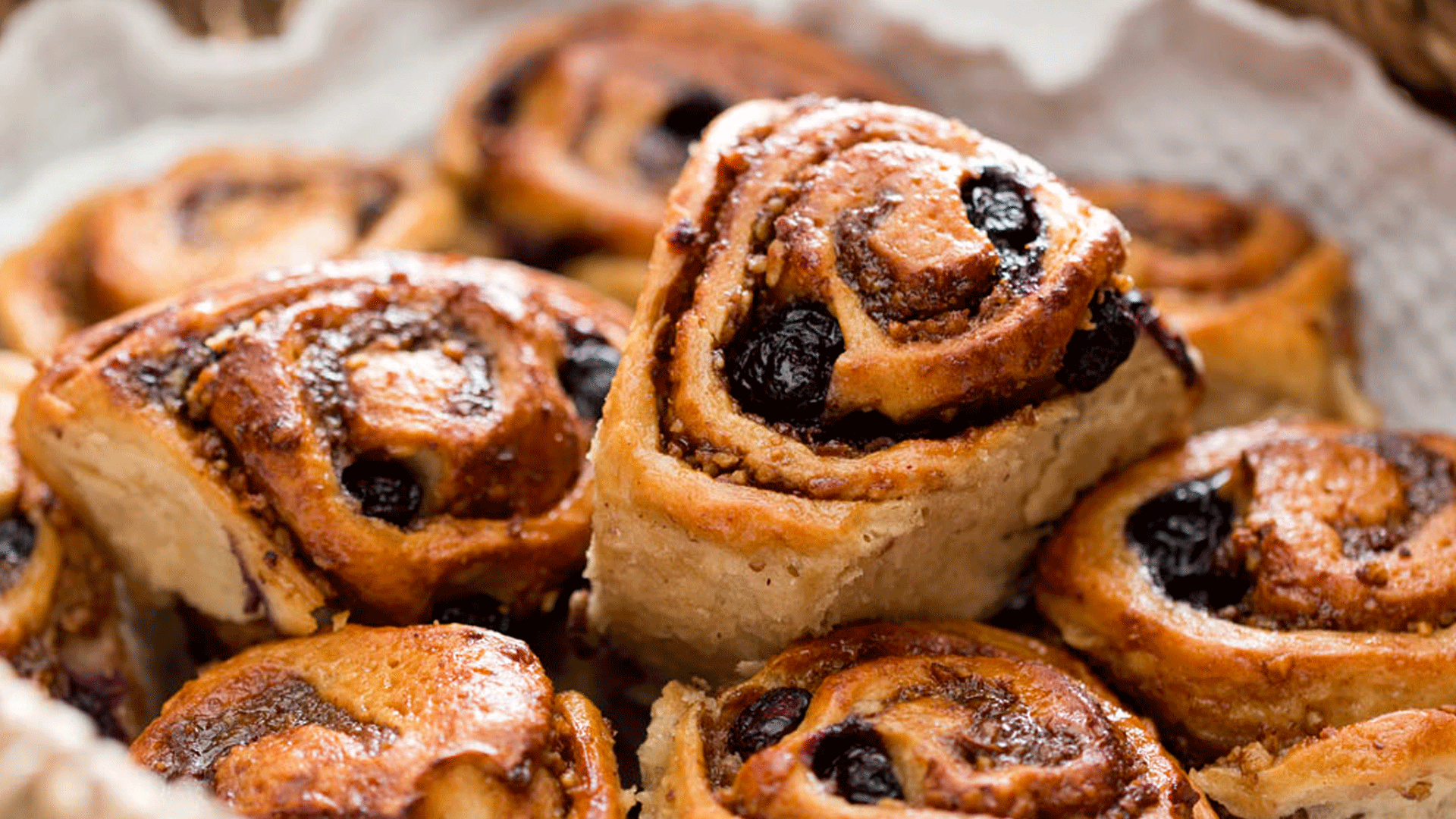 Posted at 14:00h in Celebrate, Inform by Guest Contributer

We try out a Theromix to make this popular sweet snack.

This recipe is a bit fiddly with all the components you need to make it, but the flavours made up for that. The dough was a little heavy, so a small scroll was enough for a snack. I had never thought to use coconut cream in a scroll, but it worked well, and the pecans added a nice texture throughout each bite. Everyone liked them and asked for another. Just something to keep in mind – if you overcrowd your baking tin (as I did) the middle has trouble cooking properly.

Place milk and sugar into mixing bowl and warm for two minutes at 37°C on speed one.

Add all remaining ingredients and mix for five seconds on speed five, then knead for two minutes.

Remove dough from bowl and wrap loosely in a ThermoMat, or place into an oiled bowl and cover with a kitchen towel.

Put dough into loaf tin and place on the centre rack of a cold oven. Place a roasting tray on bottom rack of oven and carefully fill to halfway with boiling water, close the door and leave dough to prove until it has doubled in size (about 20 minutes).

Remove from oven and set aside.

Preheat oven to 190°C/170°C fan forced. Grease and line a springform cake tin (26cm) with baking paper and set aside.

Place sugar, pecans, cinnamon and salt into mixing bowl and mix for five seconds on speed five. Transfer to a bowl and set aside.

Flour a ThermoMat/work surface and rolling pin, and roll out dough into a rectangle (about 30cm x 40cm; 1cm thick). Spread half the coconut cream over dough, sprinkle with reserved pecan mix and top with blueberries.

Roll dough into a log, then transfer to a cutting board and cut into 13 slices (4cm thick) with a serrated bread knife. Lay scrolls flat and close together in prepared tin. Drizzle with remaining half of the coconut cream, then cover with a kitchen towel and leave to prove for about 30 minutes, or until nearly doubled in size.

Place all ingredients into mixing bowl and cook for two minutes at 100°C on speed one.

Drizzle warm scrolls with glaze, and carefully separate before serving.

What our reviewer Heidi have to say about using the Thermomix

I had never seen or used a Thermomix before and was amazed at what it could do. I could chop things in seconds, have it sautéing/cooking with the push of a button, and then puree it afterwards.

There were days when I was flat out, came home and had a fully cooked pasta sauce and pasta or soup done in the machine and on the table within 30 minutes, and the only clean up was the knife, board and the Thermomix (which was cleaned up in less than three minutes).

If you had time to make all your basics, such as stocks (which take about 25 minutes for a large quantity and can be stored for up to two months), then you would essentially be buying less premade things, which could save you money over time (and pantry space).

I had to Google some of the ingredients to know what they were and had trouble finding some of them at the supermarket. I also found many of the recipes to have sub-recipes on other pages (for example, the dairy-free spelt brioche dough above) before going back to the original recipe, which was a little frustrating. I can see that a Thermomix would be great for those who have allergies, as you can go right back to the basics of cooking and know exactly what is in everything. Busy people would love this as it does take less time to do most things. I personally love the process of cooking and like to know what is in my food, and this machine lets me do that.

This is an edited extract from Quirky Cooking by Jo Whitton published by Thermomix, RRP $50