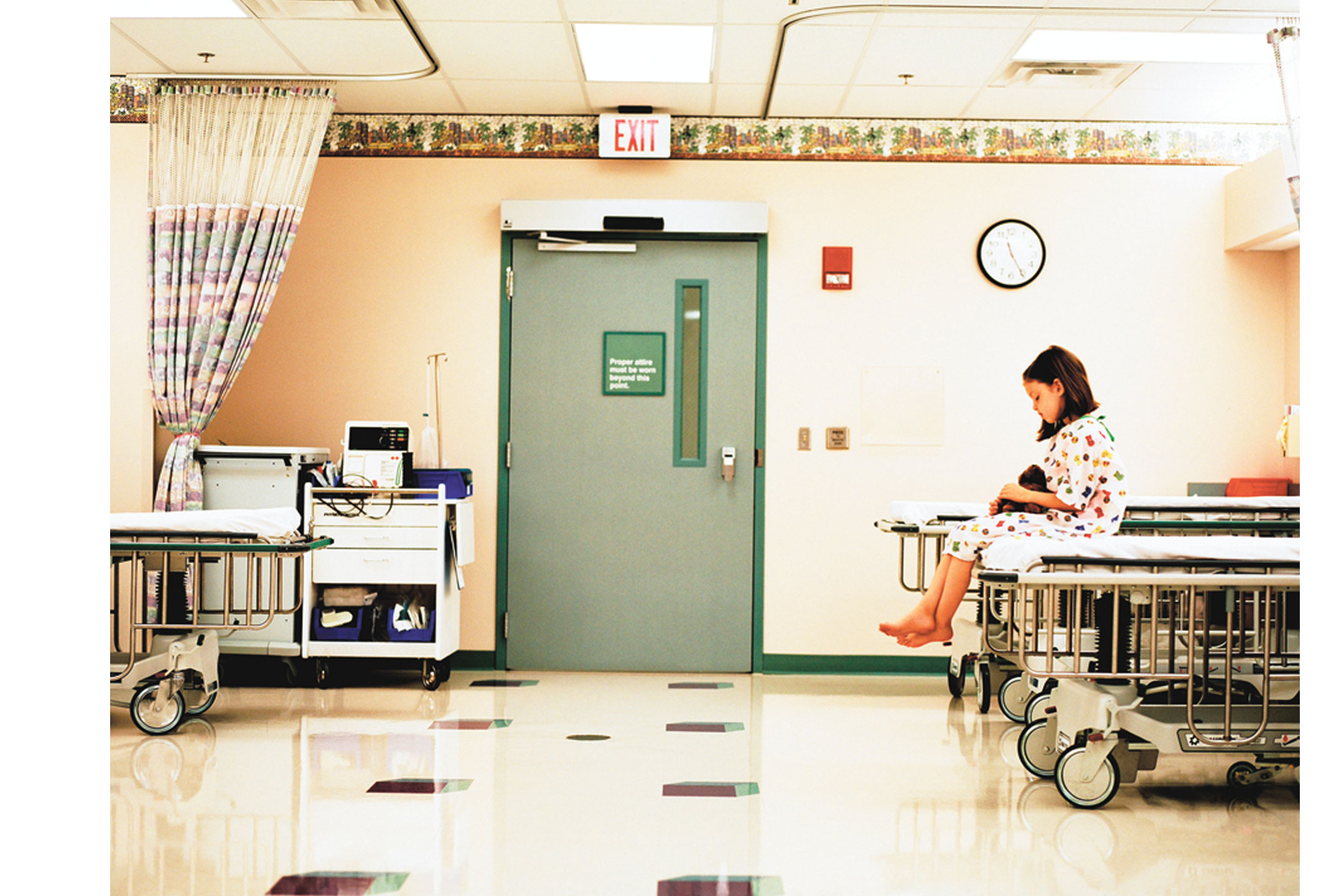 Posted at 10:53h in Inform, Validate by admin

.. it took some time before the parents of a particularly withdrawn child realised that she thought her diagnosis of diabetes meant that she would die from a mysterious attack by “betes”.

Four-year-old Bridgette had severe symptoms of pneumonia and her concerned parents rushed her to the hospital emergency ward. There it was decided that she had to have a blood test. The nurse approached with a ‘monstrous’ hypodermic syringe. Seeing Bridgette’s eyes widen in fear, transfixed by the point of the needle, the nurse said in a kindly voice, “Don’t worry. It’s just like a mosquito bite.” Bridgette’s arm tensed and she cried out as the nurse tried to extract some blood.

Bridgette’s parents explained that following this experience, Bridgette was terrified of mosquitoes for weeks: if needles are like mosquito bites, mosquito bites must be like needles, and needles are horrible. Not only had the mosquito analogy failed to help Bridgette understand what would happen, but it had also added to her distress.

Considerable research has been undertaken into how to better prepare children for medical procedures. This research has identified a range of ways that can help reduce a child’s fear, distress and pain. When children are successful in their coping efforts, they develop confidence in their capacity to manage difficult experiences in the future.

A key to helping children to cope is the involvement of their parents. In unfamiliar settings, children check how their parents respond, and build their coping around such responses. This seems straightforward, yet even the most caring parent can find that being involved is not easy. Witnessing a child suffer can evoke a swirl of feelings, such as helplessness, loss, fear, anger and guilt. Indeed, research has found that parental distress can be more intense and prolonged than that of the child who is actually undergoing the procedures. Such parental anxiety might not be obvious, even when it is extreme.

Parents often conceal or play down their concern in order to present a ‘brave face’ to their child. For example, a father and his young son were in the backyard while men were working with an electronic planer. Attracted by the mechanism, the boy reached out towards it and his index finger was severed. In an instant, the father grabbed his child and raced him to the nearby hospital, not even pausing to alert the boy’s mother who was inside the house. The father comforted his son while the hospital staff attended the wound. Soon after, the mother arrived. As the father greeted her outside the drawn curtain of the emergency cubicle, he fainted, finally letting his turmoil emerge.

Parents can face another difficulty when they are trying to help their children manage, particularly when the children are exposed to repeated procedures. Sometimes children under stress ignore their parents or misbehave in their presence. As an exhausted mother of a young hospital patient said, “She’s an angel with the nurse and a devil with me”. Children might withdraw or protest, although they still want their parents to be with them during difficult times. These reactions are not personal attacks but are a natural part of children’s coping.

Despite the confusion of feelings, it is important that parents try not to get lost in anger, fear or worry. In an airline emergency, passengers are advised to put on their own oxygen masks before they assist their child. Similarly, parents need to deal initially with their own coping, so that they can be as emotionally present as possible for their child throughout the ordeal.

A vital role for parents in medical settings is to be a communication link between the child and health staff.  To do this effectively, parents need to be well-informed. This includes asking questions and letting health carers know the child’s needs. When parents have a good understanding of a condition, they can better explain to the child how the treatment will help, exactly what will happen and how the different parts of the procedures will feel. It is essential that parents help children to make sense of the experience. Otherwise, children might fill in the gaps in their understanding with false beliefs, ideas they have gathered from TV or wild imaginings. For example, it took some time before the parents of a particularly withdrawn child realised that she thought her diagnosis of diabetes meant that she would die from a mysterious attack by “betes”. Another child thought that he was to have ivy rather than an IV inserted in his arm.

When parents convey information to their child, the choice of language and amount of detail need to reflect the child’s age. With younger children, picture books, play activities or drawing can be used to aid understanding. It is important that children have the chance to ask questions and express their fears. Explanations that include analogies might seem useful, as they refer to aspects of the child’s daily experience. Yet, as was the case with Bridgette and the mosquitoes, there is the possibility of misinterpretation. For example, a lung shares some characteristics with a balloon, however, children are very aware that balloons can go ‘pop’. Being under a general anaesthetic might be a bit like being asleep, but children also know that it does not take much to wake them up when they are asleep.

Generally, it is best to provide information sometime before the medical visit if this is possible (nearer to the event for younger children). In an emergency, most of the explanation might have to occur after treatment has concluded. Once the child is confronted by the medical stressor, the focus needs to shift from providing information to assisting with more immediate ways of coping. One particularly useful technique is a distraction.

This involves the parent drawing the child’s attention away from the medical setting, equipment and pain towards a fun activity. If there is sufficient preparation time, a favourite pop-up book, game or story might be used during the demanding procedure. Some children like to imagine going to a special place or to picture themselves moving about in a familiar room. If there is no time to prepare something personal, some medical settings have wall posters, books or toys that can be explored. The child is likely to move in and out of paying attention to these distractions, but they can be an effective way to help reduce a child’s pain and distress.

Breathing exercises can also be useful

Just as breathing can provide a point of focus for a woman in labour, a child can learn to breathe rhythmically, reduce tension and manage pain. Again, this requires practice. Some children learn breathing exercises in dancing, swimming or self-defence classes. Others participate in yoga and can be encouraged to apply these skills when they encounter a stressful situation. Blowing bubbles can be an effective device for younger children as it combines managed breathing with the distraction of tracking the floating bubbles.

For older children, coping statements can be helpful

These are best developed with the child in advance of the procedure. The statements should not dismiss the difficulty of the situation, but include the message that the child has the resources to manage. Perhaps Bridgette could have learnt to say, ‘The needle will stop hurting by the time
I count to 10’.

During the procedure, it is preferable that parents avoid dwelling too much on feelings. Excessive reassurance can backfire. In the child’s mind, reassurance can suggest that the parents are really worried, but are too frightened to say so – thereby heightening the child’s anxiety. Instead, parents could prompt the child to use such methods as those mentioned here and reinforce their attempts to cope. Once the procedure is finished, parents can tell the child how well they did and encourage the development of a feeling of success.

Finally, parents can draw strength from their child’s efforts, and the family can develop confidence in their ability to face difficult times in the future.

Just before a young girl left the hospital waiting area to go to surgery, her worried mother said, “I can come with you right up until you go in to have the operation. Here, let me hold your hand as we go.” After walking a short way along the corridor, the daughter looked at her mother and calmly noted, “Mum, you’re not holding my hand, you’re squeezing it”. This enabled the mother to acknowledge her own anxiety while recognising her daughter’s strength. The mother laughed, relaxed her grip and together they continued towards the operating theatre.

Over time, Bridgette’s fear of mosquitoes faded. Nevertheless, many years later, she still recoils at the sight of a needle. Needles are not like mosquito bites. In fact, the mosquito’s stinger is serrated in such a way that there is no sensation when it is inserted or withdrawn. The discomfort or itch is caused by the chemical the mosquito inserts to thin the blood. Ironically, researchers are currently attempting to create a syringe that imitates the serration of a mosquito’s stinger because it is anticipated that such a needle will not cause any pain. Perhaps, then, ‘Don’t worry. It’s just like a mosquito bite’ will really work.

This article was originally published in CHILD Magazines and has been edited for the web.