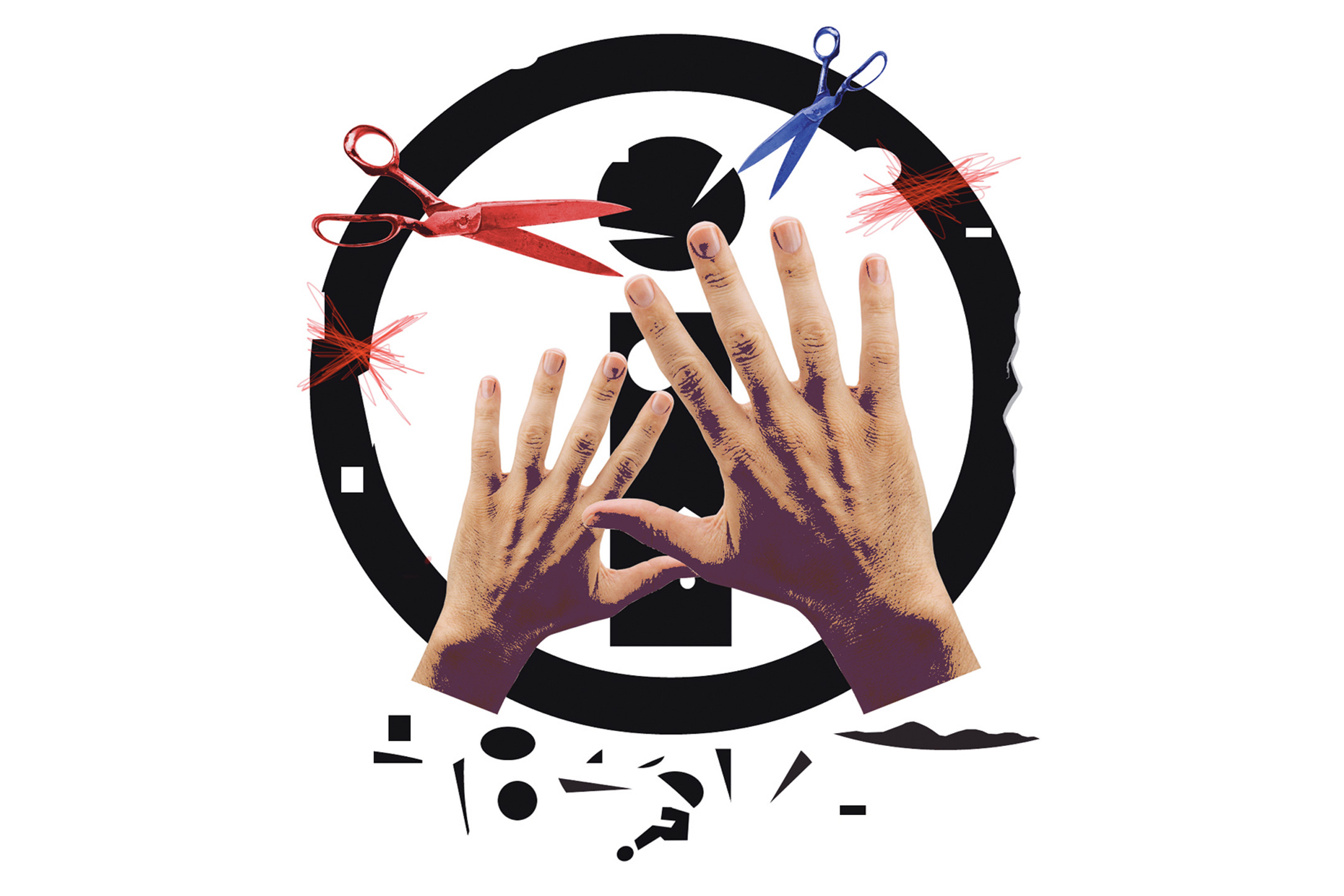 10 Mar Too Much Information?

Posted at 08:40h in Editors Picks, Education, Validate by Editor

“Mummy, what does ‘rape’ mean?” Five simple words, one short question, but when coming out of the mouth of a chirpy eight-year-old boy, quite disturbing. So disturbing, in fact, that my friend, the mother of the boy, almost drove the car in which they were travelling off the road. It had happened in a flash. One minute, a lovely piece of classical music was filling the air, and the next, the booming, serious voice of a newsreader informed all who could hear of a terrible event that had occurred on a train platform the previous night. My friend didn’t react quickly enough to switch off the radio and, to make matters worse, the eight-year-old boy was sitting beside his equally alert six-year-old sister. My friend switched off the offending radio, regained her composure and glanced in the rear-view mirror at her two inquisitive children, who were patiently awaiting her response to a seemingly innocent question. What could she say? 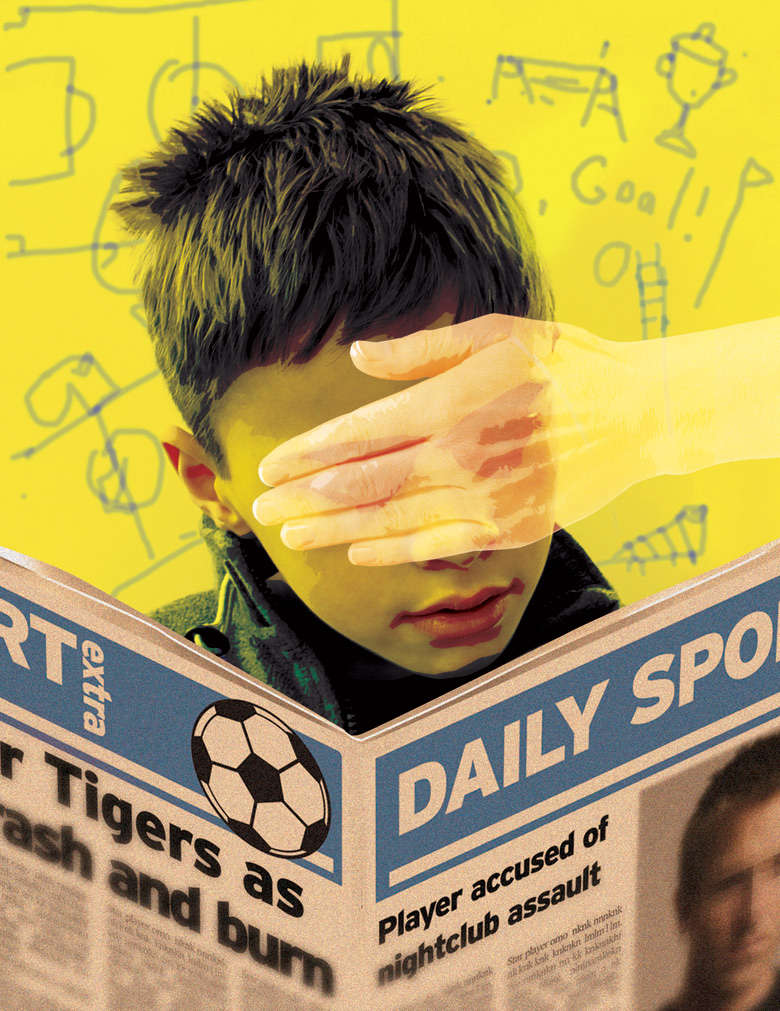 The day after this incident, the mother recounted the story to a few other parents who were gathered at school drop-off. It seemed to open up a can of worms, and led to some robust debate on the idea of how much information is indeed too much information for an eight year old. Opinions flew back and forth, and eventually two distinct camps emerged: those in favour of the truth, the whole truth and nothing but the truth, and those who preferred a more ‘selective’ approach to revealing the truth, depending on the child and the topic in question. I listened carefully to what parents from each ‘side’ had to say, but left the discussion without a clear idea of how I felt about all of this in regard to my own children.

The more I pondered this issue, the more perplexed I became. However, I forced myself to keep returning to it, as I find that, of late, I am confronted by this type of problem quite often. My nine-year-old son is, like most of his mates, sports mad. Now that he can read independently, this obsession has spilled over into a daily scouring of the newspaper to locate any references to sport, no matter how minute. His interest is not limited to those sportsmen he admires either, but extends to anyone or anything associated with sport of any sort, be it golf, tennis, footy, soccer, even tenpin bowling! If it can be featured in the sports section of the paper, my son wants to read about it. Initially, this new activity of paper perusal left me feeling slightly panicky. What if he saw an upsetting photograph in the paper, or inadvertently came across an article that was unsuitable for a child his age? I had made a decision (albeit a subconscious one) to ban the television news at home, in some sort of attempt to protect my kids from the world’s gloom and doom. Should I be following the same principle with my son’s reading of the paper? Should I hide the newspaper every morning, or cancel my subscription? Neither of these ideas had appealed to me, and both felt a little too close to censorship, so I let his reading continue, all the while hoping he didn’t stumble upon anything inappropriate.

The discussion that occurred that morning forced me to again examine how I was dealing with this ‘situation’ – if indeed it was a ‘situation’. Part of me wanted to protect my children from the cruelties of the world. Yet another part of me wanted to embrace my liberal self, to encourage my children to learn all they could, even if some of it was unpleasant. I could then use these situations as a springboard for further discussions about the workings of the world, and rather than feeling overwhelmed and upset, they would come away with a sense of empowerment and control over their lives. We could engage about issues on an intellectual level, and I would set the groundwork for discussions later on in their lives, when, as adolescents, they wouldn’t want to speak to me much at all (so I’m told). All great in theory, but all of it abandoned the next morning.

As usual, my son was perched on the heating vent, having gone out to collect the morning’s paper. As usual, he was devouring the sports section, only this time, instead of reading about how many goals his team had kicked against another, he was intently scrutinising an article with the unfortunate headline of “Troubled AFL star drug scandal”. My natural instinct, the one that I thought I had under wraps, was to grab that paper out of his hot little hand and toss it away. I also made another mental note to cancel my subscription, and to get rid of our television, the internet, the radio, and all other conduits of information from ‘the outside’. Fortunately, before I had a chance to take any drastic action, my son lost interest in the sordid details of the fallen AFL star, and tossed the paper aside. I heaved a silent sigh of relief, but couldn’t shake the feeling that I needed to resolve this dilemma or face the same ridiculous state of affairs every morning for a long time to come.

All day, I felt perplexed as to where I stood on the ‘freedom of information’ fence, in relation to my children. I struggled with the dual desires to protect my kids from the unsavoury aspects of the world, and to instil in them the knowledge they will need in order to cope with it. Even though my eldest has almost hit double figures, I am certain he still believes, to some extent, in the existence of the Tooth Fairy, Santa and the Easter Bunny. If he doesn’t believe, then he is clever enough not to let on. Certainly, my two younger children are true believers, and I have done my utmost to maintain this. To me, these three beliefs represent the pillars of innocence, and once these pillars have crumbled there is no turning back, no returning to the time when, as a parent, your word was sacred, taken without question or suspicion. The parent in me wants to retain this, but is it fair to apply the rule to everything?

Am I doing my children a disservice if I let them find out about things in the playground, instead of from a trusted adult? Is it better to discuss things openly, no matter how unpleasant they are, than to have my kids form their own interpretations? Where and how do I draw the line between censorship and protection?

In reality, my school-age children are much better acquainted with the ills of today’s world than I care to admit. Global warming and its effects are a part of the curriculum, as is the water crisis. Instead of spending carefree summers running under a sprinkler, my children run around the house making sure none of the taps is dripping, because their teachers have taught them not to waste water. The upside of this is that my kids are learning to be responsible, and to look after the world they will inherit. The Black Saturday bushfires confronted all Australian children with the realisation that it’s not always just the elderly or the sick who die. There was no way to avoid the media coverage of these events, and I found that it led to some thought-provoking discussions with my older two children about life, death and mortality. Reading about those who have lost everything is, of course, upsetting, but it can also pave the way towards developing greater compassion for those who have very little in the way of possessions.

Perhaps instead of fearing what the world has to offer, I might try to embrace it, and to use those difficult questions and uncomfortable topics to engage my children. Perhaps, too, if I open the lines of communication early on, they will still be open when adolescence hits. That’s when I will want my children to ask me the difficult questions, and hopefully, if the hard work has been done, they will see their parents as having a legitimate voice in their lives.

I may not have all the answers, and I am sure I will have many moments like the one experienced by my friend who was caught off guard by a curly, unexpected question from an inquisitive child. I hope that when it does happen to me, I won’t go into panic mode. I hope that I will be able to take a deep breath, sit my children down and try to explain one of life’s big questions as best as I can. And I hope the questions keep coming, and that the discussions continue.