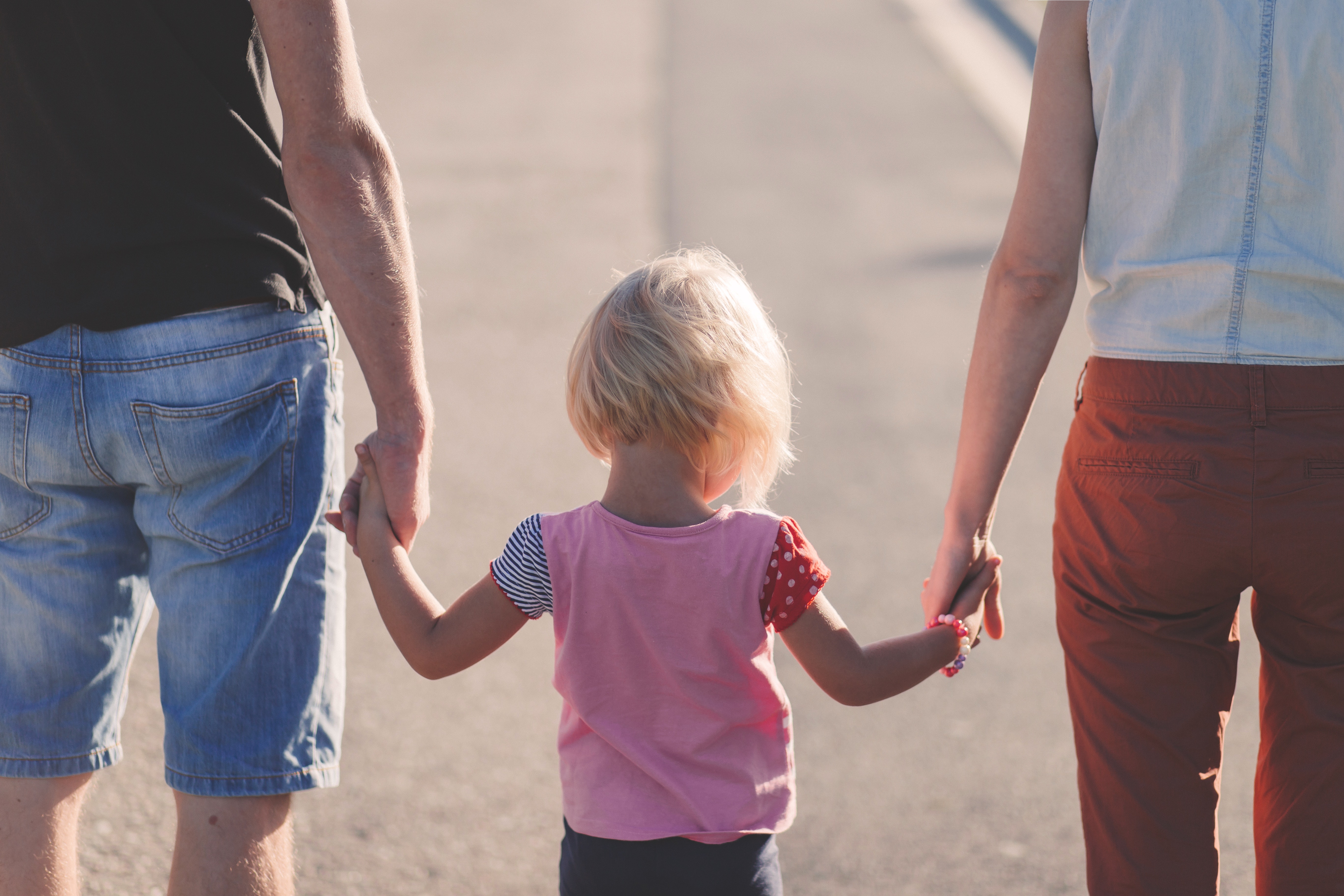 15 Dec How To Talk To Your Kids About Tough Topics

Posted at 16:14h in Editors Picks, Inform by Guest Contributer

As your child’s first guide, it can be a lot of pressure having to explain difficult (but important) topics. Here’s how experts and other parents answer these tough questions.

The words were out of my daughter’s mouth and heading towards the woman with very wide-set eyes before she was even halfway through the restaurant door: “That lady looks like a shark.”

While I cringed and offered a wordless apology, the woman gave my four-year-old the kind of friendly but mirthless smile that bore years of unwanted attention and finger-pointing. I spoke with my daughter about ‘difference’ and empathy. I told her some people were born that way.

“What for?” she asked. It threw me, and as I didn’t have any great cosmological or existential insights to offer, the conversation petered out.

Trying to explain subjects such as death, disability, difference, racism, war, hate, homophobia and religion to your children is one of parenting’s toughest gigs. We might have the answers, but not the means to make sense of them to our children; we might not have an answer but think we have to, or we might just want to avoid the subject altogether for fear of scaring them.

So what answers do other parents and the experts have for ‘hard’ questions?

What might be the most famous advice ever given to children about scary television news came from iconic American children’s television presenter, Fred Rogers. Fred’s program, Mister Rogers’ Neighborhood, screened across America from the early 1960s until 2001 and was hugely popular.

He was admired for his honesty, respect for all, and gently fear-busting advice, which recognised that while children have a limited ability to understand grown-up events, they have a total need to feel safe.

“My mother would say to me, ‘Look for the helpers. You will always find people who are helping’,” said Fred.

“To this day, especially in times of disaster, I remember my mother’s words, and I am always comforted by realising that there are still so many helpers – so many caring people in the world.”

Although Fred’s chosen communication channel was TV, his advice in bad times was to “turn off the TV”.

Dr. Junlei Li, visiting professor in early learning and children’s media at St Vincent College where the Fred Rogers Center is based, says, “While we as adults may be drawn to watch the news of great crisis for minutes and hours at a time, we need to be aware that exposing ourselves to tragedies can make us feel hopeless, helpless, insecure, and even worried and depressed. That’s even more so for children. Children need us to spend time with them – away from the frightening images on the screen.”

According to Junlei, one of Fred’s principles for communicating frightening events to children was to tell them, “You are not responsible. There are grown-ups who are”. Says Junlei, “Kids can help, but they shouldn’t be made to feel that unless they help, the world falls apart. It’s important for them to know that many grown-ups, including ourselves, are responsible and are helping.”

Another of Fred’s key messages for adults to give to kids was, “I am going to take care of you”.

At the onset of the Gulf War in 1990, Fred assured his TV audience that all children in the fictional Mr Rogers’ ‘neighbourhood’ would be safe, and asked the parents of the kids watching at home to promise to keep their children safe, too.

The Australian Psychological Society further advises to check your children have not picked up mistakes or misconceptions about violent or unjust events, and to correct them.

As someone living with a disability, Bronwyne Chapman from Disability Advocacy NSW has seen how important parents’ responses are in shaping their children’s understanding and empathy.

“Adults tend to fear people with visible disabilities,” she says. “Kids know when you feel uncomfortable talking about something, and the whole ‘disability’ thing tends to raise its head early in life.”

“If children are taught by the words and actions of the adults around them to fear people with disability, it’s a very difficult thing to change later on. Personally, I love it when kids come up to me and ask me questions because it shows they’re not afraid.”

But the most disappointing and insulting thing is when you see a two year old terrified of you because of the attitude of their parents.

John, father of 11-year-old Bella, who has cerebral palsy, takes his daughter on frequent playground visits to encourage mixing with other children and parents. Sometimes he guides parents on Bella’s condition.

“I explain to the parents and kids that she can communicate with people and play games; it just takes a little more time for her. If anyone asks or is interested, I take that as a very good sign, and the parents who have really encouraged their kids to interact with her have seen benefits to their own kids from understanding her.”

Kriscia’s discussion with her 11-year-old daughter about the suicide of actor Robin Williams was informed partly by the suicide of her cousin when she was a teenager. “I was lucky to have my sister and mum to bounce thoughts around with at the time,” she says. “So I’ve tried to replicate that with my own kids – the openness to discuss anything.”

Kriscia says the discussion with her daughter was really about depression, something she found harder to negotiate. “With suicide, she seemed to accept my explanation of, ‘People die. Sometimes they die by their own hand’.

When she asked ‘why’, I knew I had to describe depression, which I found difficult. I said, ‘You know how sometimes you feel sad and often you go to bed and when you wake up in the morning, you don’t feel sad anymore? Well he was sad all day, every day and it didn’t go away.’

I just wanted to cut to the heart of the matter. I think that’s what kids seek – the truth.

I believe the truth can be given to kids in a way that is age-appropriate, so they don’t become fearful. Rather, I hope the truth will make them more accepting and compassionate.”

Homophobia and social conservatism can be a minefield of complexity and potential misinformation, but Rebecca Madsen, CEO of Gay Parents Australia, believes there are ways to break it down for children to understand. “You could start by explaining what homophobia is: a fear,” she says.

“Explain that people with homophobia are scared of people who are gay, lesbian or gender diverse. Acknowledge that sometimes it’s tricky for us to understand people who are different to ourselves in some way, but when we make friends with someone who is different, we often realise we’re all the same while also being different.”

It seems the best thing to do in the face of difficult topics is to talk.

Clinical psychologist Dr. Tania Trapolini, who has extensive experience working with children, adolescents and adults experiencing anxiety, stress, trauma and depression, advises “It’s OK to say ‘I need to think about that question’, but make sure you don’t forget to come back to it later, because they won’t,” she says.

Tania says the most important thing is to not shy away from natural opportunities for discussion when they arise, and to convey that it’s always OK for kids to ask questions.

“With any child, what they want is an honest response from you; something genuine, not out of a book or from Google. After talking about these things with kids, it’s good to end on a hopeful thought. We want our kids to not learn negative thinking, but realistic thinking.”

In the kindly words of Fred Rogers: “Anything that’s human is mentionable, and anything that is mentionable can be more manageable. When we can talk about our feelings, they become less overwhelming, less upsetting, and less scary.”

Fred Rogers’ DVDs, his children’s books explaining difficult topics in simple language, and Mister Rogers Talks With Parents, his book for parents including advice on how to talk to children about difficult topics.