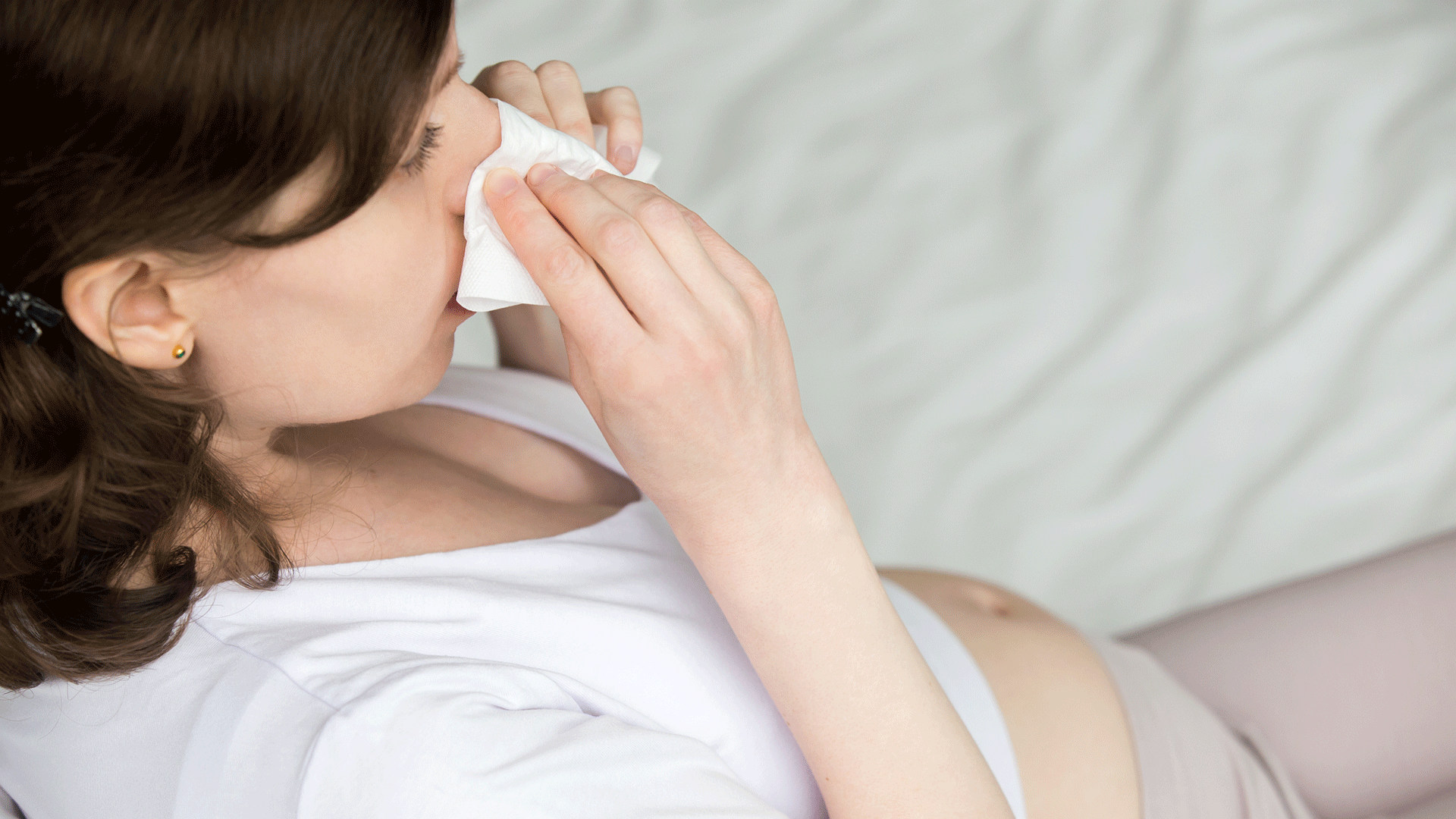 Posted at 02:15h in Editors Picks, Inform by Guest Contributer

Professor Steve Robson provides some useful advice about what medications can and can’t be used to treat cold or flu symptoms during pregnancy.

Winter is the season for colds and flu, and many pregnant women catch these illnesses and feel miserable, believing they can’t use any medications to treat their symptoms. This isn’t strictly true, but it is important to know the ingredients of ‘cold remedies’ when using them.

The first step is to rest, stay warm, drink plenty of fluids and have somebody pamper you. If this doesn’t work, medication can be used. Paracetamol is very safe if taken correctly: no more than two 500mg tablets at a time, and no more than eight tablets in a day.

Some over-the-counter remedies contain aspirin-like, anti-inflammatory medications such as ibuprofen. Although studies have not shown clear statistical evidence of any links with pregnancy complications, they are probably best avoided unless prescribed by a doctor.

High fevers and fevers that don’t settle also warrant a trip to the doctor.

Avoiding cold weather and winds, remaining well hydrated and getting plenty of rest are important. Breathing in steam and using eucalyptus and other inhaled decongestants can also offer relief.

Medications that settle a runny nose, such as phenylephrine, are commonly found in ‘decongestant’ tablets or mixtures available at pharmacies. Although research done on large populations has been reassuring, there have been a few cases of abnormalities in babies whose mothers took these medications in early pregnancy.

While these cases are rare, it is probably not worth taking the risk.

Decongestant nasal sprays don’t seem to be absorbed in great quantity, and studies have not shown any ill effect on mother or baby. These are probably best used for a few days only, after clearing the nose with eucalyptus steam inhalations. If problems persist, a doctor should be consulted to rule out a bacterial infection in the sinuses.

Cough can be very unpleasant, particularly in later pregnancy. While difficult to treat, avoiding cold air and not running or walking vigorously can help.

Pregnant women with asthma must be very cautious, follow their asthma plan, and make sure they use a preventer if required. They should see a doctor if a cold sets off an attack of asthma.

Cough suppressants, in general, don’t work particularly well. Studies of pregnant women who have taken cough-suppressant medication, such as dextromethorphan, have not shown any increase in the risk of pregnancy complications or malformations in their babies. However, if the cough is so intolerable the pregnant woman is contemplating using cough-suppressant mixtures, they should visit a doctor to rule out a chest infection.

The older over-the-counter antihistamines (sometimes referred to as ‘sedating’ antihistamines) are quite safe in pregnancy and have been used for many years. They can help settle sneezing but tend to make most pregnant women quite drowsy, so caution needs to be taken. The newer, ‘non-sedating’ anthistamines (check with your pharmacist regarding specific brands) do not have as long a safety record in pregnancy.

In general, if the symptoms of a cold – fever, cough, runny nose and generally feeling unwell – don’t settle after a few days, visit your doctor.

Influenza, commonly called ‘the flu’, is a different condition from the common cold. It is a very contagious viral infection that can be extremely serious, particularly for pregnant women.

Influenza presents with high fever and episodes of shivering, along with a cough, sore throat and runny nose. Aches in the muscles and joints are commonly felt, along with headaches and overwhelming tiredness.

Pregnant women are susceptible to the complications of influenza, particularly severe chest infections such as pneumonia.

Although there are specific antivirus medications that treat influenza (such as ‘Tamiflu’), the condition is best avoided. Each year, a new immunisation is developed to treat the common types of influenza that have developed with the new influenza season. Influenza vaccination – the ‘flu shot’ – is very safe, and should be considered by all otherwise-healthy pregnant women after the first trimester. This can be arranged with any family doctor or practice nurse.

During an influenza epidemic, it can be difficult to avoid sick people. Pregnant women should wash their hands thoroughly and often, and avoid crowds and sick co-workers, friends or relatives. Any pregnant woman who thinks she has influenza should notify a doctor immediately.

Professor Steve Robson is the immediate Past President of the Royal Australian and New Zealand College of Obstetricians and Gynaecologists and a practising obstetrician.