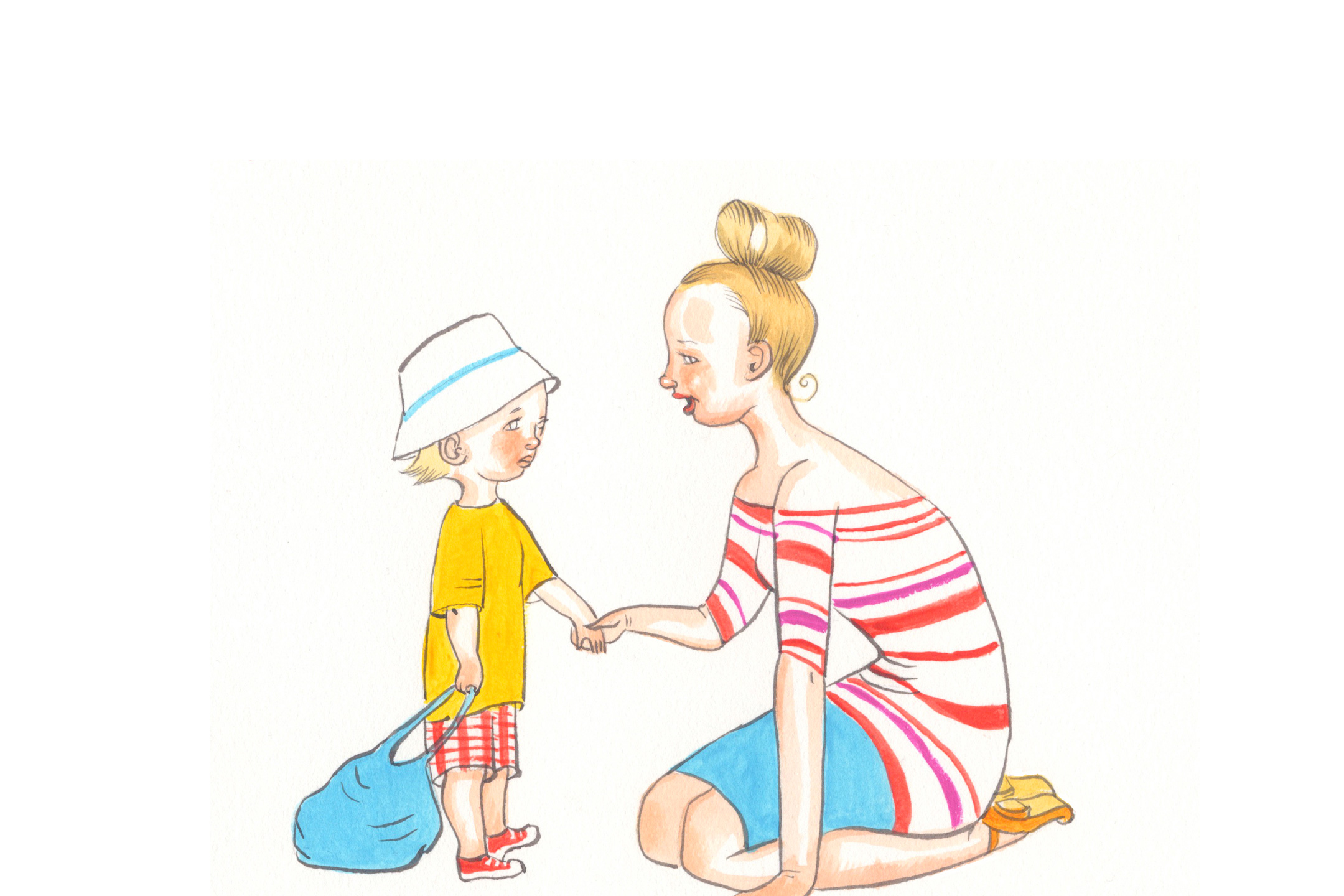 Posted at 12:21h in Editors Picks, Inform by admin

Sarah Cummings finds that her explanation to her son of her friend’s death prompts a serious bout of separation anxiety.

Late last year, my best friend Katie died of breast cancer. She left behind a one-year-old son and a loving husband. Obviously, I knew that her death would have a major impact on me. What I wasn’t prepared for was the effect it would have on my son, Jarrod.

Although the cancer was initially diagnosed and treated in 2014, it wasn’t until early 2018 that they found it had spread. Prior to her passing, Katie and I had often talked about how her husband and son would cope, as well as the things that she was doing to help prepare them for the inevitable. I also spent a lot of time coming to terms with her prognosis and thinking about how I would handle her death. I would often talk about this with my husband and friends.

When Katie died, I was surprised to find that I hadn’t thought about one important thing: how to explain it to our two-and-a-half-year-old son. As Katie lived close by, she and her son were regular playmates for Jarrod and she was the first important person in his life whom he had lost.

So I contacted some cancer-support services and was given the advice to just tell the truth in simple language and be guided by the child. The next day I sat Jarrod down and explained that Katie had been sick and had died, which meant that she had gone away and wouldn’t be coming back.

He sobbed when we got there and didn’t want to let me go.

All seemed to be well until the following week when I tried to take Jarrod to daycare. He had started there two weeks before and there hadn’t been any problems at drop-off time so far. Well, this time things were different. He sobbed when we got there and didn’t want to let me go. The same thing happened when I returned to pick him up that night.

A month later it was still going on and had been joined by various other new behaviours, such as a fear of the dark, resulting in him needing the bedtime lamp switched on as he went to sleep. He regularly told us he was scared of things – everything from a spiky tree to his baby sister’s hand! The tantrums we thought he’d outgrown returned with a vengeance. He also started getting very upset whenever I was leaving him, even if he was staying at home with his dad, crying inconsolably and not wanting to let me go.

Again we reasoned this behaviour away, putting it down to everything from too much excitement (it was around Christmas time) to adjusting to a new sibling. In an effort to bring some routine and stability back into his life, we increased daycare from one day to two, as we’d heard that this was easier for children to adjust to. We also tried to spend more time at home as a family, and to be more consistent with his daily schedule. His behaviour improved a little, but he still suffered terribly from separation anxiety.

Jarrod thought that this was the place little boys get sent when their mummy is going away and not coming back! 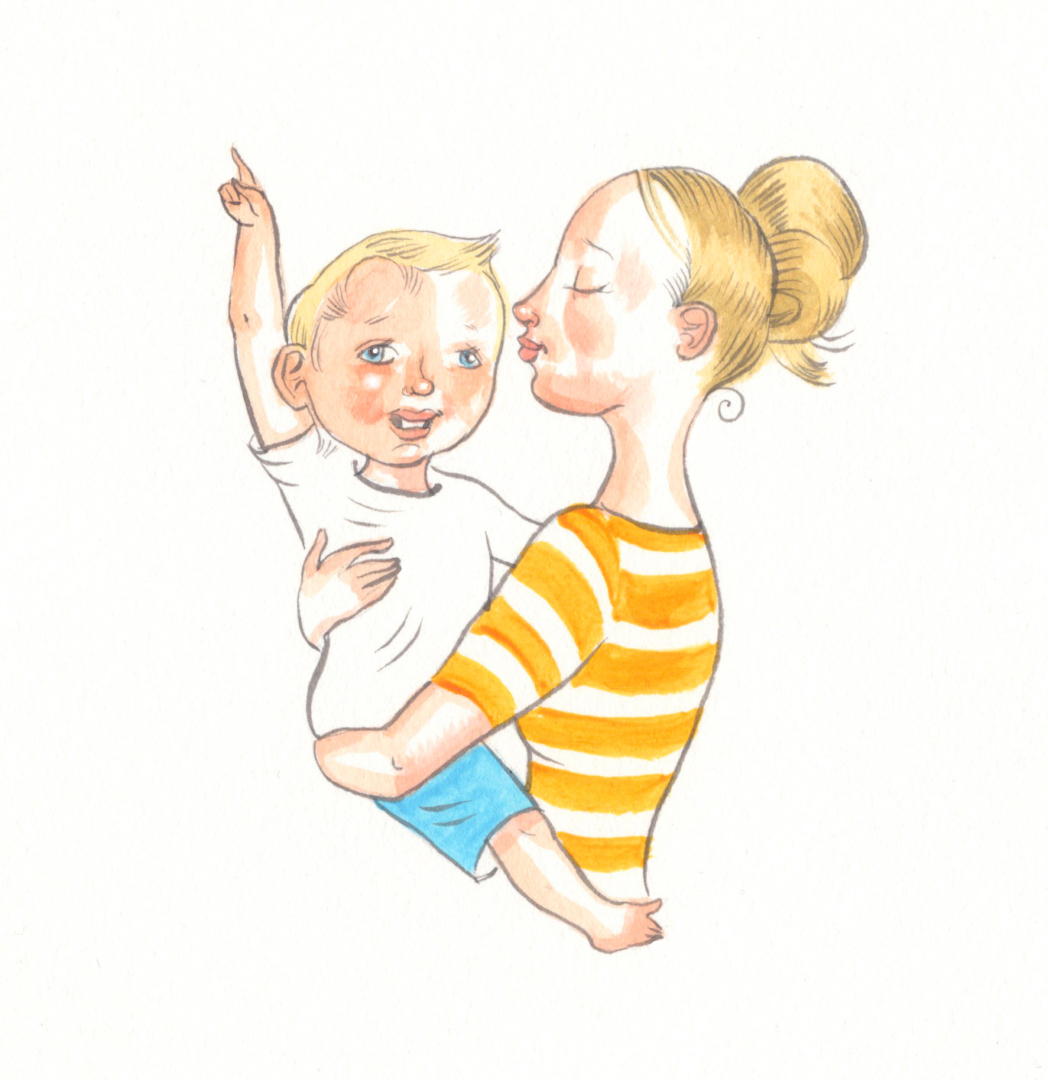 And then one day about six weeks later, as I dropped him at daycare and said hello to Katie’s son who attends the same centre, it dawned on me: Jarrod thought that this was the place little boys get sent when their mummy is going away and not coming back! No wonder he didn’t want me to leave him there.

I’d heard before how children can easily misinterpret situations, I just hadn’t realised it was happening with Jarrod. That night I sat him down and explained that the reason Katie had died was that she had been very sick and she’d gone up into the sky. I told him, and continue to tell him regularly, that I wasn’t sick and that I will always come back and be there for him whenever he needs me.

The next time he went to daycare there was a little lip tremble, but no tears. Over the coming weeks, he became excited when we talked about going to daycare, and while there he also started talking more – up until then the teachers had thought he only used two-word sentences, even though at home you couldn’t stop him talking. Most other areas of his behaviour returned to normal as well, although he still likes to sleep with the lamp on.

Now he often talks about Katie and how she is up in the sky. He has accepted it as another part of life in that wonderful way that only children can. It is heart-warming for me to hear her name regularly – that was something that Katie and I had discussed the importance of, particularly for her son as he grows up.

The whole experience taught me to think very carefully about what I say to my children. But perhaps the most important thing I can do is take as many opportunities as I can to give them a big cuddle, tell them that I love them and remind them that I’m here whenever they need me. And I hope that I’ll be doing that for many, many years to come.