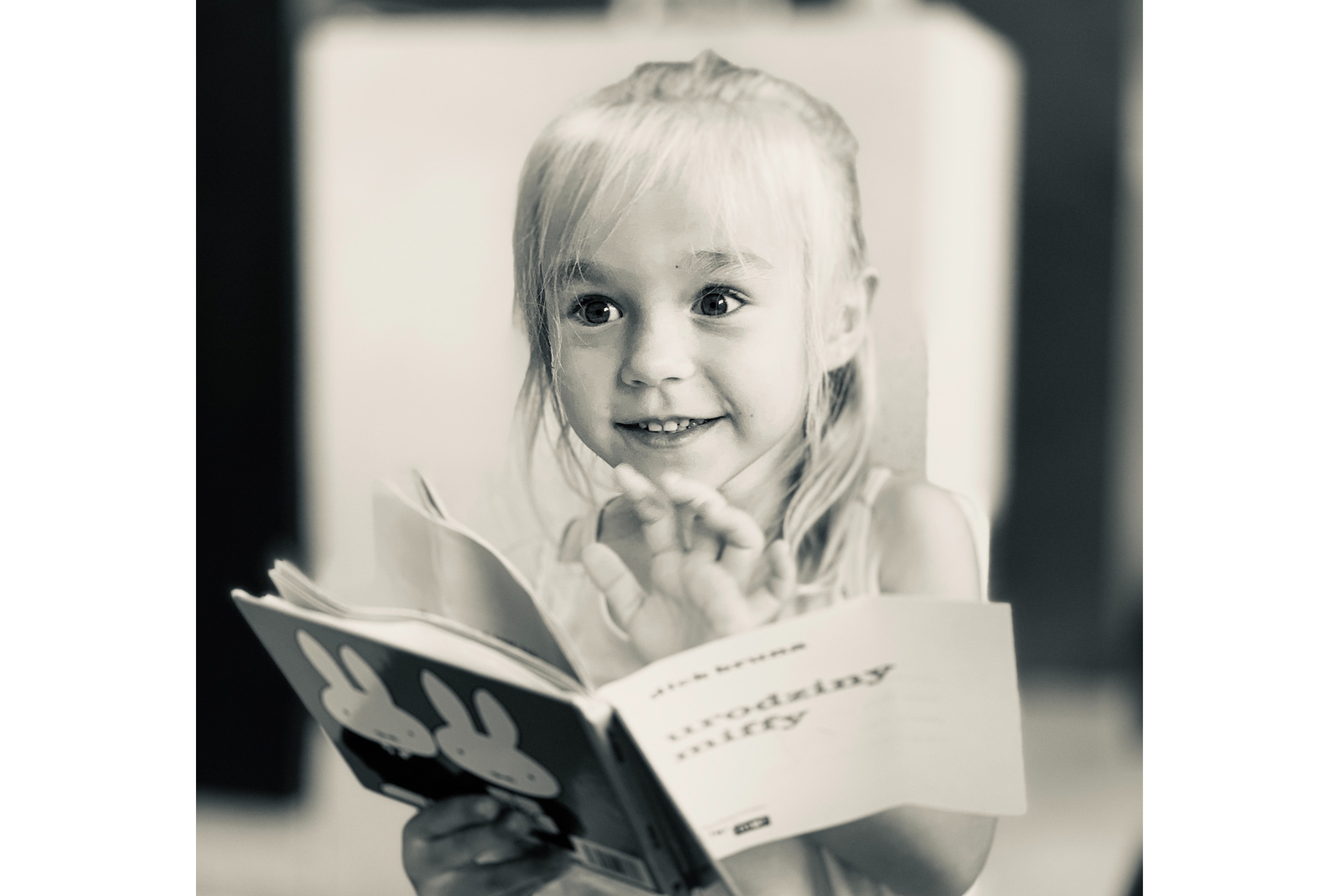 Posted at 12:28h in Celebrate by admin

An exhibition, Miffy & Friends, is soon to open at the QUT Art Museum Gallery (Brisbane). As its director Vanessa Van Ooyen has noted, Bruna’s illustrations have a deceptive simplicity, which belies the artistry behind them, writes Margot Hillel.

She couldn’t get much simpler in visual terms. A white bunny cutout, dots for eyes and a little crisscross mouth. But Miffy is an enduringly endearing rabbit.

Miffy books are available in 50 languages and have sold millions of copies around the world. A stop-motion animated television series brought more world fame and a Miffy museum in Bruna’s native Utrecht was established in 2016.

Bruna, who died in 2017, was reportedly stopped daily near his home for selfies with teenage fans and Miffy merchandise features heavily at popular Japanese tulip festivals.

It is that very simplicity which, in part, gives Miffy her long-lasting charm. The illustrations are instantly appealing, even for very small children.

Researchers have found that reliably positive responses to simple curvilinear shapes seem to be present early during development, before language is acquired. Researchers also hold that children associate more positive emotions, like happiness or excitement, with bright colours. Bruna seemed to understand this instinctively from the beginning.

The blocks of colour — Bruna cited countryman Piet Mondrian and Henri Matisse as inspirations — have a universality to them. The settings are not country-specific and, when landscape is depicted, it too can be read as applicable to anywhere and everywhere. Bruna wrote for a 2005 illustration exhibition:

I hope that the child’s imagination is stimulated to see things in their simplest form … so that life, with all its complications, becomes a little clearer.

Miffy is anthropomorphic, a little white rabbit doing many of the everyday things that lots of children do. She was “born” when the author was on holiday with his family and started telling his son stories about a little rabbit in the garden.

In story books, Miffy plays with friends, goes on outings with her parents, helps to paint her room, goes to the zoo and the beach and helps in the garden. There is a wholesomeness and innocent joy in the easily relatable tales.

Some of the books help make potentially difficult situations or experiences familiar and less frightening, such as when Miffy goes to hospital. Miffy is apprehensive but she is met by a friendly nurse who helps her undress and put on hospital clothes and gives Miffy a pre-operation injection, (which didn’t hurt as much as she had feared). When she wakes from the anaesthetic, Miffy is comforted by the presence of the nurse and then a visit from her parents.

Miffy’s school activities will be familiar to those children who have already started formal education and enticing and intriguing for those getting ready to start.

Friendship features strongly in the books. Miffy’s walk to school with friends is warm and exuberant and they are welcomed by the teacher when they arrive. Soon Miffy is enjoying learning to write, how to add up and — her very favourite — listening to the teacher reading a story.

The size of the majority of the Miffy books (16 centimetres square) makes them easy for small readers and pre-readers to hold.

The language is accessible but does not patronise young readers or “talk down” to them. The rhyme and structure of many of the stories gives them four lines on each page with the second and fourth lines rhyming.

This formula gives a welcome familiarity to the books.

Bruna wrote and illustrated more than 100 books, many of them about Miffy. There are Miffy activity books, sticker books, board books, and special titles like Miffy x Rembrandt which introduces children to the works of two Dutch masters: Rembrandt and Bruna. Miffy’s 123 and Miffy’s ABC books use the character as a stimulus for teaching foundational literacy and numeracy.

In addition to screen adaptations and the continuing popularity of the books themselves, there are many items of merchandise to keep Miffy’s appeal alive. The merchandise encourages book sales and reading and the reverse is true too. Miffy appears on everything from clocks, cushions, keyrings, clothing and lunchboxes to lamps.

In her native Netherlands, Miffy likenesses are printed on babies’ bibs; there are plush toys in traditional Dutch dress and there is a Miffy room at Keukenhof, the large flower gardens at Lisse.

miffy & friends is a free exhibition at QUT Art Museum from November 21 until until 14 March 2021. It will tour to Bunjil Place Gallery in Melbourne from 3 April–13 June 2021.

This article is republished from The Conversation under a Creative Commons license. Read original article.