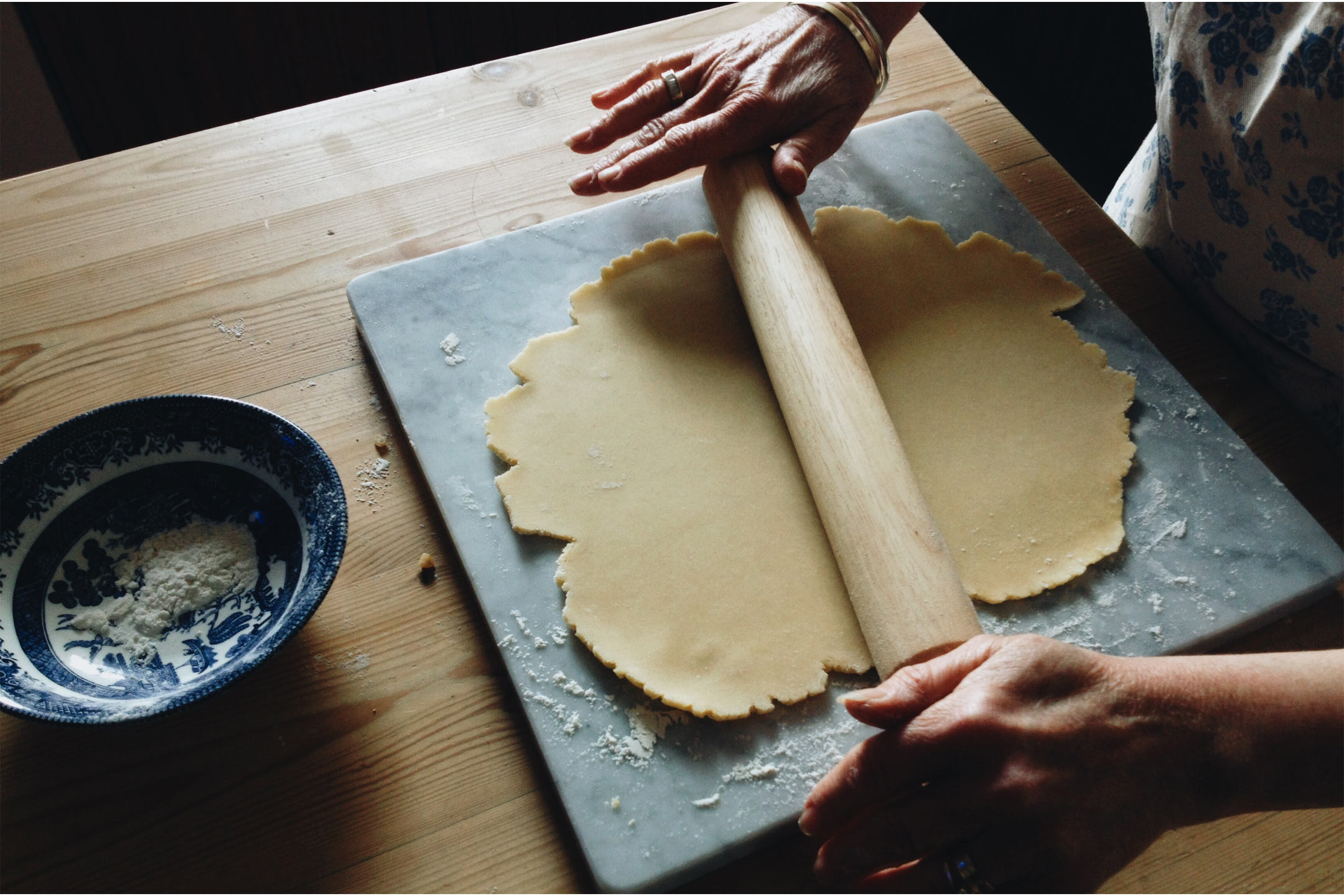 President Richard Nixon declared a war on drugs. Now President Donald Trump has gone to war with a virus.

It’s time to look back says Lauren Samuelsson and learn to get by with less.

Over the past few weeks, Australians have become used to seeing empty shelves in their local supermarkets. Coronavirus-induced panic buying has quickly depleted stocks of products like pasta, rice and flour. Major supermarket chains Coles and Woolworths have introduced restrictions on the purchase of these staple ingredients. Coles has also introduced “rationing” of minced meats.

While this is not a genuine food crisis, these limitations will lead Australians to ponder the culinary possibilities of their pantries. Looking at Australia’s most widely read women’s magazine, the Australian Women’s Weekly, shows us how Australians have dealt with food shortages in the past: with creativity, ingenuity and good humour.

The foremost disruption to Australian food supplies in the past century occurred during the second world war.

Starting in 1943, the federal government mandated rationing of foodstuffs such as meat, butter, sugar and tea. Australia’s role as the “food arsenal of the allied world” also led to local shortages of potatoes, eggs, bacon, tinned goods and fresh milk. Australian women (then largely the cooks at home) mobilised in the face of these shortages. Rather than go without, they found ways to substitute for inaccessible ingredients.

They shared their culinary creativity through the food pages of the Weekly, winning prizes for their efforts.

One of the ways in which they dealt with scarcity was through creating mock foods with the appearance or taste of “the real thing”.

In January 1944, the Weekly published six recipes sent in by readers. Four were for mock foods: mock pineapple, mock apple, mock ham and meatless sausage. In her recipe for Mock Apples, Mrs L. Archer from Bundaberg in Queensland advised her fellow home cooks that “custard squashes make a good substitute for apples”. They could be prepared by slicing and simmering in water with lemon juice and sugar. Mrs Archer guaranteed that her mock apples made “good pies”.

Finding meat substitutes was also important during wartime. From January 1944, meat was rationed to an average of approximately 1 kilogram per adult per week. The ration was reduced further later that year. This was a challenge for Australians who relied on a meat-heavy diet.

Alternative meats such as rabbit, sausages and offal were unrationed and reasonably affordable. So, housewives made do. Recipes such as Mock Chicken Mould, sent in by reader Mrs L. Armstrong from Bankstown in New South Wales suggested using rabbit in place of exorbitantly priced chicken. Her rabbit jelly could be served with salads.

Vegetarian options like Crumbed Cheese Loaf (a mixture of breadcrumbs soaked in milk, cheese and herbs) and Mock Sausages (made with rolled oats) also became a part of the everyday menu. This was a vast change from the meat-and-three-veg that usually graced the dinner table.

Cakes and other baked goods were extremely important to the Australian diet, but standard recipes were drastically impacted by butter and sugar rationing as well as the scarcity of eggs and milk. This led housewives to create recipes such as Austerity Fruit Cake which was made without butter. Honey Cookies were eggless and butterless.

Australians responded to rationing with remarkable creativity and a positive attitude. As the Weekly’s food editor commented, “Rationing doesn’t daunt them!”

Around the world, from China to Italy, people have turned to cooking to help them deal with isolation and quarantine during the coronavirus outbreak.

In China, food became a major topic on social media. In Italy, as well as singing from their balconies, people have been spending time in the kitchen. With restaurants closed and with time on their hands, many people have started learning to cook as a result of both necessity and boredom.

Due to the nature of lockdown and issues with supply chains, sought-after ingredients have been unavailable to many.

People have had to be creative with the limited ingredients and have become more aware of food waste. In a wartime echo, they are approaching their pantry stores in innovative ways.

Australian food websites are already sharing recipes for dishes such as Quarantine Sauce, anticipating that those in lockdown with ample time on their hands will turn to the stove for entertainment as well as nourishment. London chefs have recommended their favourite recipes that use long-lasting ingredients to “keep your spirits up”. Martha Stewart is sharing bread recipes on Instagram and similarly beloved US recipe maven Ina Garten says we can have waffles for dinner.

With some ingredients in short supply due to panic buying, it is worthwhile for budding and experienced home cooks alike to look to our culinary heritage. The pages of the Australian Women’s Weekly can impart some tips and tricks for how to be creative with less.