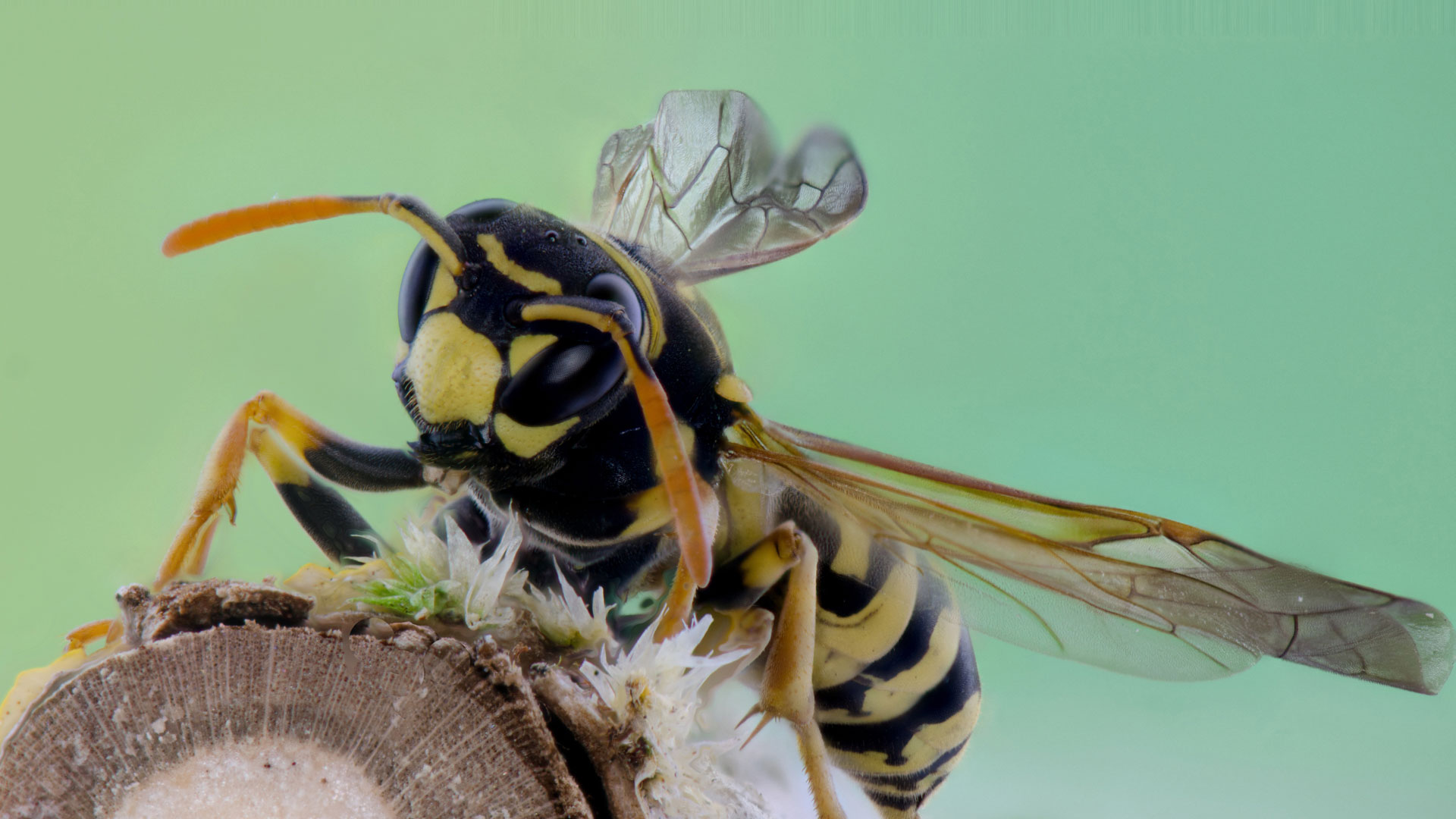 06 Dec Wasps Are About: Here’s What To Do About Them

Have you noticed a steady stream of yellow and black wasps around your home?

They could be European wasps (eWasps), an introduced pest which poses a danger to people. They’re found in the ACT, Victoria, South Australia, New South Wales and Western Australia.

“By November, eWasp queens have come out of hibernation and are establishing nests,” says Christina Bariesheff, Reporting & Communications Officer with CoreEnviro Solutions, which runs the European Wasp Hotline for the ACT Government in Canberra. “An eWasp nest can produce up to 1000 new queens with a survival rate of 30 percent over winter.”

How to spot an eWasp

During the warmer months, there are several types of wasps building nests. While eWasps are a real concern, they are often confused for their very similar-looking cousin, the yellow paper wasp.

The eWasp is generally stouter than a paper wasp, and can be identified by solid black antennae. Paper wasps, meanwhile, are longer and more slender shaped with yellow and black antennae.

The eWasp’s nests can be hard to spot and are typically found in a hole in the ground, roof voids, wall cavities (with the entrance point often around door and window frames), and in conifer trees. You might also find them in the garage or shed, or on fallen logs. Kids playing outside often do not see the holes in the ground that signify a nest, until it’s too late.

If the nest is disturbed, the wasps will emit an alarm pheromone summoning the colony to attack. They will aggressively swarm in large numbers, and sting repeatedly. Unlike the honey bee, eWasps do not die after stinging and do not lose their stinger.

“You will have to get as far away from the nest as possible, around 300m,” advises Christina. The sting causes a burning pain and swelling. Around one in 10 people who are stung twice or more become allergic, which means they will experience severe reactions to any subsequent stings, she explains. Wasp, bee and ant stings can cause anaphylaxis, but this is uncommon. “Effective treatment is available, which involves bee/ant/wasp sting allergy sufferers carrying a special kit when outdoors. Immunotherapy or desensitisation can reduce the severity of the allergy. Seven deaths over a 20-year period attributed to wasp stings have been recorded in Australia, mainly amongst known allergy sufferers who were not carrying their medicine.”

To reduce the risk around your home: