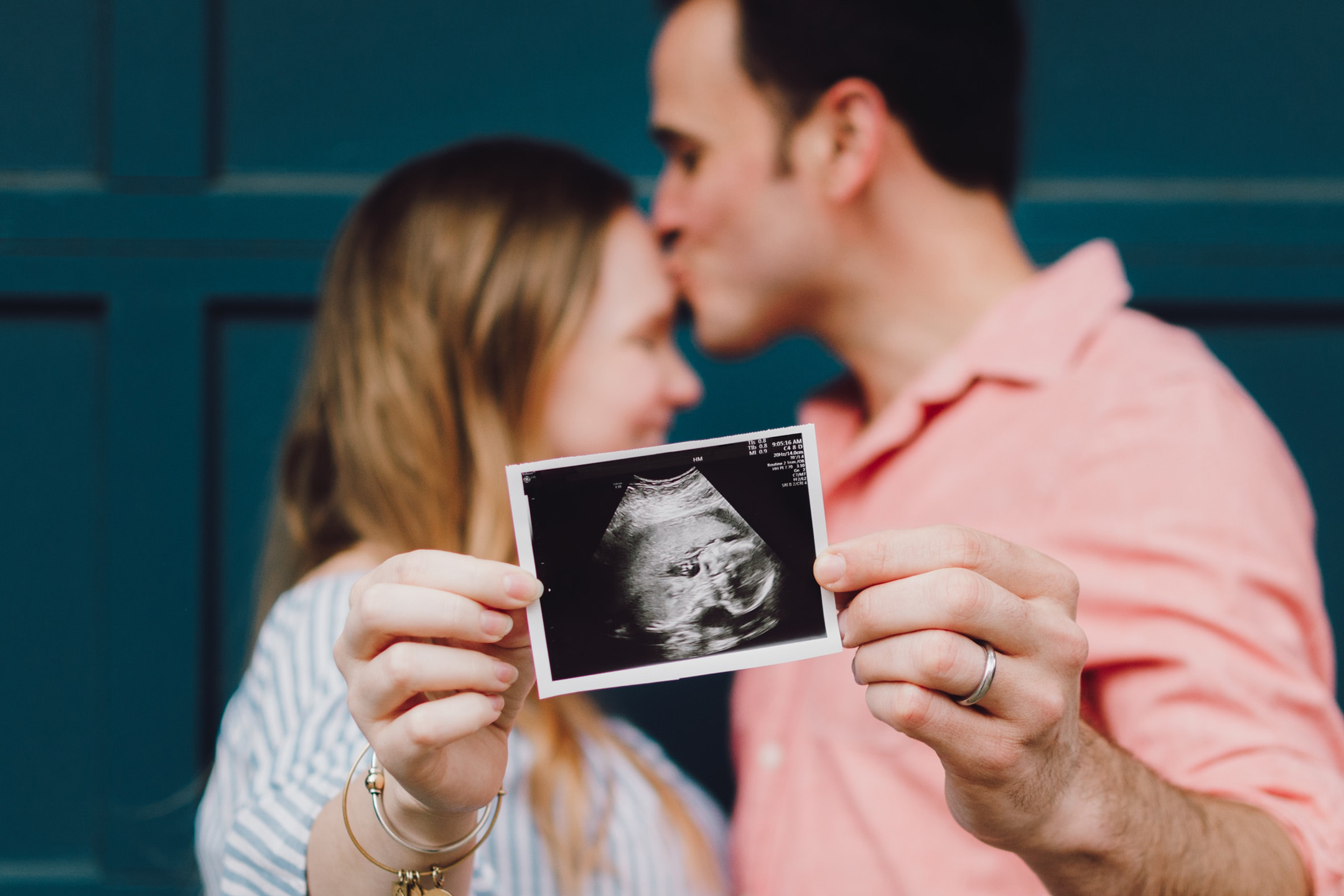 15 Jul What Happens At Ultrasound Appointments

Posted at 00:06h in Inform by Guest Contributer

Are you pregnant for the first time and dreading your first ultrasound appointment? Here is exactly what you can expect.

In my experience, ultrasounds are one of the best things about pregnancy. You might only have one, or may require several during your pregnancy.

“Generally a pregnant woman will be advised about the different ultrasound scans during pregnancy, and it becomes her choice as to which scans she has,” says Associate Professor Janet Vaughan, sub-specialist in obstetric and gynaecological ultrasound and spokesperson from RANZCOG.

Here are the three ultrasounds most women have during their pregnancy:

A dating ultrasound measures your baby to determine the gestational age, and can also detect an ectopic pregnancy (one that develops outside the uterus).

Your baby’s heartbeat can be seen after six weeks, and your baby will seem like a tiny bean in the large space of your uterus. The dating ultrasound is important for people who aren’t sure when they fell pregnant (which I wasn’t) and will give you your official due date. I was given different due dates at each ultrasound, so try to remember it’s only an estimation.

Depending on how many weeks you are, you may have an external (transabdominal) ultrasound, where a device (called a transducer) is rolled over your pelvis, or an internal (transvaginal) ultrasound. Most pregnancies can’t be seen by external ultrasound before seven to eight weeks.

You’ll be advised to drink lots of water so the bladder pushes the uterus outwards, making it easier to get a good image. If not, the sonographer will switch to a vaginal ultrasound and have you empty your bladder. As it’s more invasive, you’ll be asked to sign a consent form before it begins.

Both external and internal ultrasounds are quite uncomfortable due to the pressure on your bladder. Dating ultrasounds are usually quite quick and not always necessary, but Janet says most women have an early scan. “The advantage of a dating scan is that the first 12 weeks of pregnancy is the most accurate time to date the pregnancy,” she says.

You’ll receive films to pass on to your midwife, obstetrician or GP, but not necessarily a photo. Some centres may charge extra for a photo CD.

Nuchal Translucency Ultrasound (must be done between 11 and 13 weeks, six days)

If you choose to have this scan it needs to be done between 11 and 13 weeks to screen most accurately for any chromosome abnormalities, in conjunction with a blood test. There are some out-of-pocket costs associated with this scan, although a portion of it is covered by Medicare.

“In Australia, it’s recommended that all women be offered a nuchal translucency scan,” says Janet. “The advantage is that it gives the woman either reassurance that the pregnancy is low risk or choices if the pregnancy is high risk.”

The good news is, by this time external ultrasound is usually sufficient to see the baby, but the sonographer will still have to press down quite hard with the transducer to get a good picture. It’s tempting to not drink as much water as you’re advised, but if the bladder isn’t full the sonographer won’t be able to see as well.

It’s tempting to not drink as much water as you’re advised, but if the bladder isn’t full the sonographer won’t be able to see as well. This scan is definitely worthwhile, as by 12 to 13 weeks your baby looks much more like a baby. I could see my baby rolling and waving her arms. and was amazed by how much she was moving, because at that stage I couldn’t feel anything.

I could see my baby rolling and waving her arms.

I was amazed by how much she was moving, because at that stage I couldn’t feel anything.

Depending on your centre, there may or may not be a monitor visible to you. Even if you can see, it can be hard to know exactly what you’re looking at without the sonographer pointing things out.

Once the scan and blood test are done, you’ll be given your results as a probability. One in 1,000 or higher is considered low risk.

I saw this scan as the day I would find out my baby’s sex, but my sonographer had plenty of measurements to take before she could tell me. When she did, instead of the “It’s a…” announcement I had been expecting, it was a bit of an anticlimax when she said, “It looks like a girl, but I can’t be certain.”

“It’s possible to have a later scan to find out the sex if the mother wants, but she would still need to have a referral to an ultrasound provider and undergo a formal scan, so as not to miss any abnormalities or growth problems.”

This scan can take a long time. The sonographer will check the cervix, umbilical cord, amniotic fluid, and the position of the baby and its organs, spine, head size and the placenta’s location.

They might ask you to drink more water or move around to get the baby in a certain position so they can get all their measurements. It’s also not unusual to be asked to come back another day so they can see things better.

This scan can be the last one you have during your pregnancy. Some obstetricians may offer ultrasounds during check-ups at their practices, but from 20 weeks onwards, ultrasounds are only required to check on the health of the baby if complications arise, or if it’s a high-risk pregnancy.

It’s more common for Doppler ultrasound (sound with no picture) to be used during antenatal check-ups with the doctor, midwife or GP, to detect the baby’s heartbeat, which can be equally reassuring.