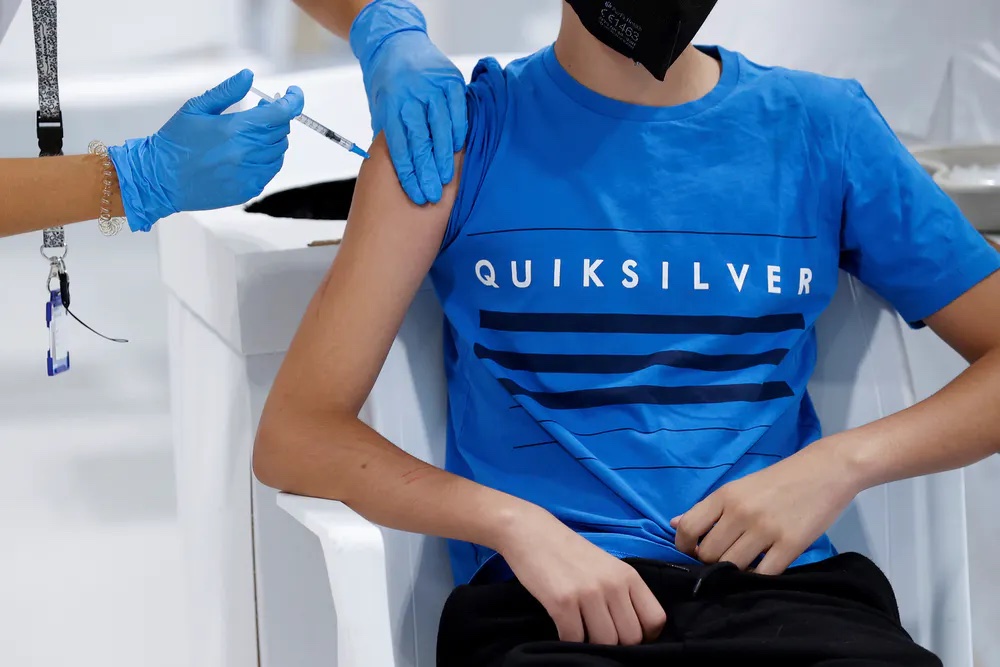 17 Nov What is multisystem inflammatory syndrome after COVID in children?

Posted at 14:26h in Editors Picks, Inform by Editor

Multisystem inflammatory syndrome after COVID in children is rare but makes the body fight itself, writes Di Yu

After COVID emerged, it didn’t take long for clinicians and scientists to notice the SARS-CoV-2 virus affects children and adults very differently.

One of the earliest studies, from March 2020, reported 40–50% of infected children suffered cough and fever, but they had much milder symptoms than adults.

However, clinicians found a very small number of children, despite having mild or even no symptoms initially, developed an inflammatory reaction about four weeks after infection.

In May last year, doctors reported the very first cases of 18 children with hyperinflammatory shock, resulting in one death. Most of the patients tested negative for SARS-CoV-2 but positive for antibodies, suggesting they had been infected previously.

This prompted the World Health Organization, and health bodies in the United Kingdom and United States, to define the condition as multisystem inflammatory syndrome in children (MIS-C) or paediatric inflammatory multisystem syndrome temporally associated with SARS-CoV-2 (PIMS-TS).

What are the symptoms?

Since there is no diagnostic test, the conditions are defined by fever and elevated inflammatory markers in children with current or recent SARS-CoV-2 infection or COVID exposure within four weeks before the onset of symptoms. 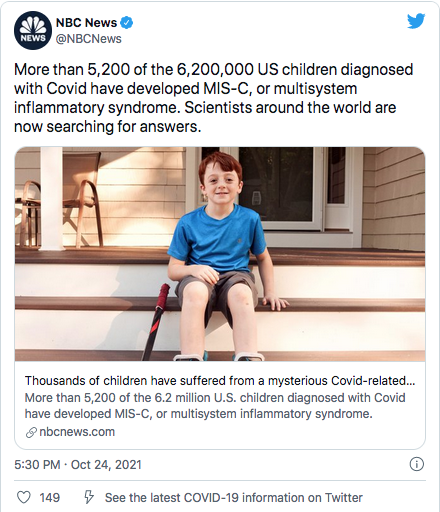 How common is it?

MIS-C is rare. According to data from European primary care records, South Korean claims and US claims and hospital databases, MIS-C was seen in fewer than 0.1-0.3% of people in the 30-day period following the diagnosis of COVID-19.

The studies were conducted before the Delta variant became dominant, so further research is required to update the incidence of MIS-C after infection with Delta.

The cause of inflammation underlying MIS-C is not well understood.

Patients with MIS-C were initially reported to show features similar to Kawasaki disease, which causes swelling (inflammation) in the walls of medium-sized arteries, particularly the coronary arteries in children.

However, children with MIS-C are generally older (mostly school-aged) than patients with Kawasaki disease (mostly younger than five years of age) and presented with intestinal involvement and heart attack.

Researchers compared immune cells and immunoregulatory molecules in healthy children, children with Kawasaki disease enrolled in the study before COVID, children infected with SARS-CoV-2, and children presenting with MIS-C. The analysis revealed the inflammatory response in MIS-C differs from those of severe acute COVID and Kawasaki disease.

Importantly, the investigation discovered the abnormal production of antibodies in patients with MIS-C that recognise endothelial cells (which line blood vessels) and immune cells. In cases of MIS-C, the antibodies react to the body itself – this means they interfere with normal physiological functions and promote inflammation.

Once they are generated, autoantibodies grow step-by-step via interactions between immune cells lasting for weeks. This aligns with the fact MIS-C starts about four weeks from the initial SARS-CoV-2 infection.

Scientists still need to formally establish whether autoantibodies contribute to how MIS-C begins, or the patient’s deterioration when they have the syndrome.

How is it treated?

Scientists are still working on understanding MIS-C, so there is no specific therapy for it.

Patients are treated with corticosteroids and intravenous immunoglobulins, which have anti-inflammatory effects.

Therapies are also being tested that block molecules involved in inflammation – such as cytokines, proteins that help cells communicate.

Most children recover fully from this illness.

The Delta variant is more contagious than previous strains. Transmission at schools and early childhood education and care services in New South Wales occurred at a rate five times higher than the ancestral COVID strains of 2020.

US figures report 148,222 child COVID cases in the first week of October. Children represented 24.8% of the total weekly cases (children, under age 18, make up 22.2% of the US population). So the increase in infections in children pose a significant risk of more MIS-C.

Vaccines will reduce the risk

To prevent infection and reduce the risk of severe illness caused by infection, the Australian Therapeutic Goods Administration (TGA) granted provisional approval for COVID vaccination in children aged 12 years and over.

The TGA has also said Pfizer can apply for provisional approval of its COVID vaccine for children 5-11 years of age.

In later September, Pfizer and its German partner BioNTech announced the results of 2,268 children aged 5-11 who received one-third the amount of vaccine given to adults and adolescents. The results demonstrate the vaccine is safe and produces a significant immune response in young children. The US Food and Drug Administration has authorised the Pfizer-BioNTech COVID vaccine for emergency use in children 5-11 years of age.

MIS-C is rare in children and vaccination will further reduce its incidence. Nevertheless, it is still a major risk for children infected with SARS-CoV-2 and should not be overlooked.

If a child experiences a SARS-CoV-2 infection, even with mild or no symptoms, but after a few weeks, begins a fever with one of the following symptoms – stomach pain, vomiting, diarrhoea, bloodshot eyes, skin rash, dizziness or lightheadedness – they should be given immediate medical attention.

Di Yu, Professor of Immunology, The University of Queensland