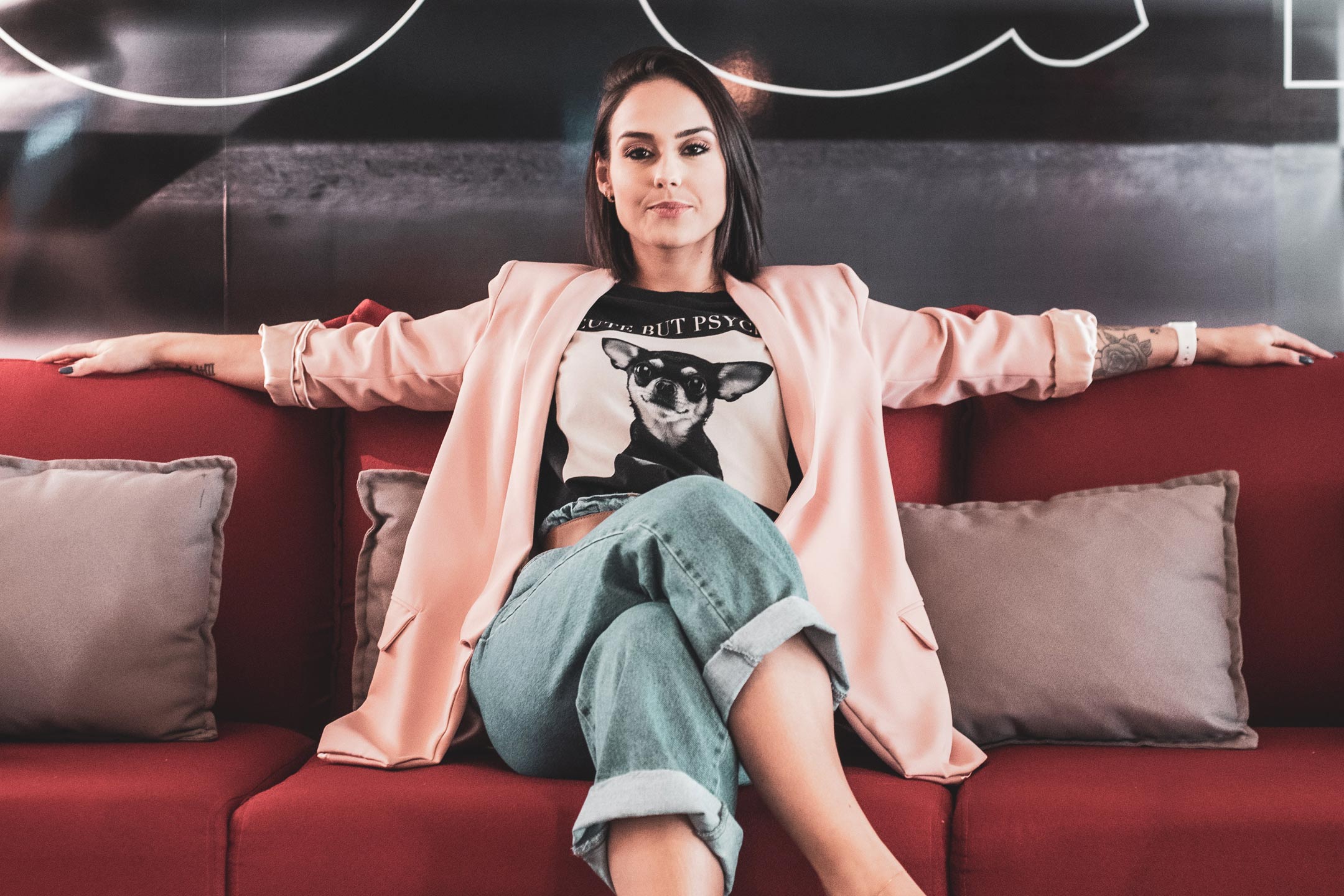 Posted at 09:37h in Validate by Editor

The Miley (“coronavirus”) did a Melba (“made yet another a comeback”), and Joe and Jane Bloggs are being drongos.

In the process, “Karen” has become the Bradman of ways for calling out selfish entitlement, racism and inequality.

Names are much more than just a tag or a label — they have a special force. This is why they often enter general vocabulary, not only in direct reference to the original celebrated name-bearer, as in the case of doing a Bradman or a Melba, or as common nouns like pavlova, lamington, granny smith, but also as shorthand for a certain “type”. Ask any Tom, Dick or Karen.

English speakers use proper names to mean all sorts of things – and we’re not always nice about it.

Throughout history, many women’s names have been swept into English in unkind ways. Witness the deterioration of pet names such as “Dolly”, “Kitty”, “Biddy”, “Jill”, “Polly”, “Meg”, “Judy” or “Jude” — all have been contemptuous labels at one time or other, either for “drab and unattractive” women or the “promiscuous and attractive” ones.

But today’s “Karen” isn’t Dolly, Biddy or Meg. Attempts to frame Karen’s overall use as “sexist” miss the point. The term Karen has recently been used to call out white women whose behaviour is considered entitled, unreasonable and obnoxious. It has rightfully spawned a series of male equivalents, including “male-Karen”, “Kyle”, “Ken”, “Kevin” or “Steve”. 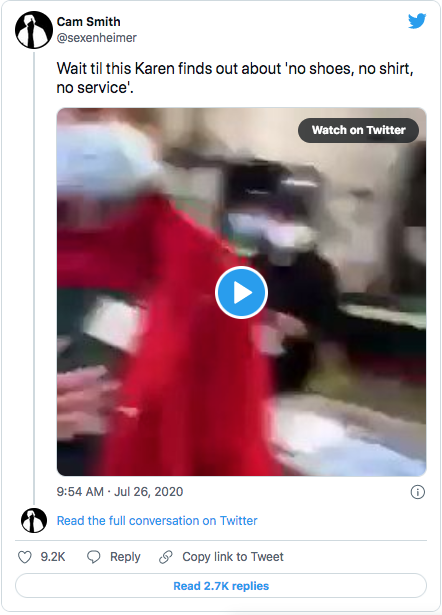 Importantly, the sort of entitled (and often racist) behaviour “Karen” is being used to call out existed long before the term. Many Black Americans have framed this behaviour in terms of a “Miss Ann” social type, historically linked to the white women of slave plantations. Some Black writers noted a surge in Miss Ann-like behaviour around the time of Donald Trump’s election.

Of course, these issues have long existed in Australia, too. Famously, last year an actual person named “Karen” did a Karen by trying to take down a neighbour’s Indigenous flag. A viral video led to the spread of the catch-phrase: “It’s too strong for you, Karen.”

Karen then joins a series of labels like “Miss Ann”, “Mr Charlie” and “Becky” to call out obnoxious behaviour and privilege. And, to loosely paraphrase the Claytons faux whisky ad, Karen debates are the debates you’re having when you should be debating privilege.

Awash with joshing Johnnies and Joes

That said, it’s worth sympathising with people named Karen, who have entered a sometimes less-than-illustrious club of people hard done by in the English language, unkindly “joed” and “joshed”, often for centuries.

Whether, when and how people (or animals!) enter this club depends on a range of factors. Media, politics and celebrity are obviously important (“Melba”, “Bradman” and poor old “drongo”). And often there’s verbal play involved, as in the end-clipped rhyming slang “Miley (Cyrus)” for “coronavirus” or “jeffed” and “jeffing” (famously from “Jeff Kennett”, but echoing many an effective cussword).

And then there’s frequency. Karen joins those whose names have been swept into society due to sheer number. Karen appeared on the most common names lists in the late 1960s but is no competition for “John”, which has been among the English-speaking world’s most common names since the 13th century.

And “John” and “Johnny” have been pressed into service for a range of meanings in English, including “the client of a prostitute”, “someone easily duped”, “a sailor”, “an immigrant”, “a vacuous aristocrat”, “penis”, “hospital gown” and “an onion seller from Brittany”.

Indeed, the sheer number of Johns in English history means this name’s most prominent purpose is to “erase” or “anonymise” — in other words, to reduce its referent to an “everyman”, as in “John Q. Public” (for everyday citizen), “Johnnie Raw” (for a new military recruit), or “John-of-all-trades”, among many, many others.

But we’re likely more familiar with a “Jack-of-all-trades”, which points to another common phenomenon: a proliferation of naming alliteration around “j” names. “Jack” is a familiar alternative for John, so it’s probably not surprising to see it being used (since the late middle ages) in a similar everyman (“manual labourer”, “lumberjack”) or derogative sense (“jackanapes” for a “person displaying ape-like qualities”).

In fact, extended uses of Jack have produced well over a hundred different words and phrases, ranging from the slightly disparaging to the wildly offensive (we’re hard-pressed to think of a tabooed bodily function and secretion that doesn’t have an expression featuring “jack)”). So offensive was “Jack”, in fact, that those in polite 18th-century society euphemised “jackass” to “Johnny-Bum”.

And, just as “John Doe” has his “Jane”, so too does “Jack” have his “Jill”, as in “Jack and Jill” — a couple whose common names made them useful to a famous story about a drink-run gone bad. But the “jackanape” also has his “Jane-of-apes” equivalent (which for the record, preceded “Tarzan” by a few hundred years).

The tomfoolery of names: Karen in the dunce’s corner

Karen joins the likes of Scottish theologian and philosopher John Duns Scotus, who was an influential thinker in the 13th century. It was the perceived stubbornness of his 16th-century followers, known as dunsmen or dunses, that led to our current sense of “dunce”.

The club of dim-witted dunces has acquired many members over the years. The original Tom Fool has been around since at least the early 1300s; he joins other ninnies like Tom Doodle (the blockhead) Tom Farthing (the simpleton), Tom Towly (another simpleton), Tom Tug (rhyming slang for “mug”), not to mention “Errant Tony” and “Simple Simon”. These are the predecessors of the modern-day “charlie” or “wally” (from Walter but with happy reinforcement that comes from cucumbers pickled in brine — the “dill”).

Notably, Karen also joins the many people whose names through historical happenstance come to index “ignorance”, “backwardness” or “lack of sophistication”. “Hick” — an earlier, shortened form of Richard — has certainly developed this meaning. In the 16th century, Hick, Hob (shortened Robert or Robin) and Hans (a general term for a German or Dutchman) seem to be the Tom, Dick and Harry of no manners or consequence.

And we Aussies have our own bevvy of underdogs and uncultured types. “Ocker” was originally a pet form of “Oscar”. Its links to “boorishness” and “exaggerated nationalism” can be traced to Ron Frazer’s “Oscar” character on The Mavis Bramston Show. In the 1970s, he teamed up with “Norm” — the supreme couch potato.

As Oscar Wilde once put it, “Names are everything.” They’re the verbal expression for our personality, for those qualities and attributes that define us as individuals. More than that, names are a proper part of us.

It’s no surprise then people named Karen are upset. However, like inequality, this isn’t something you can just Houdini away.