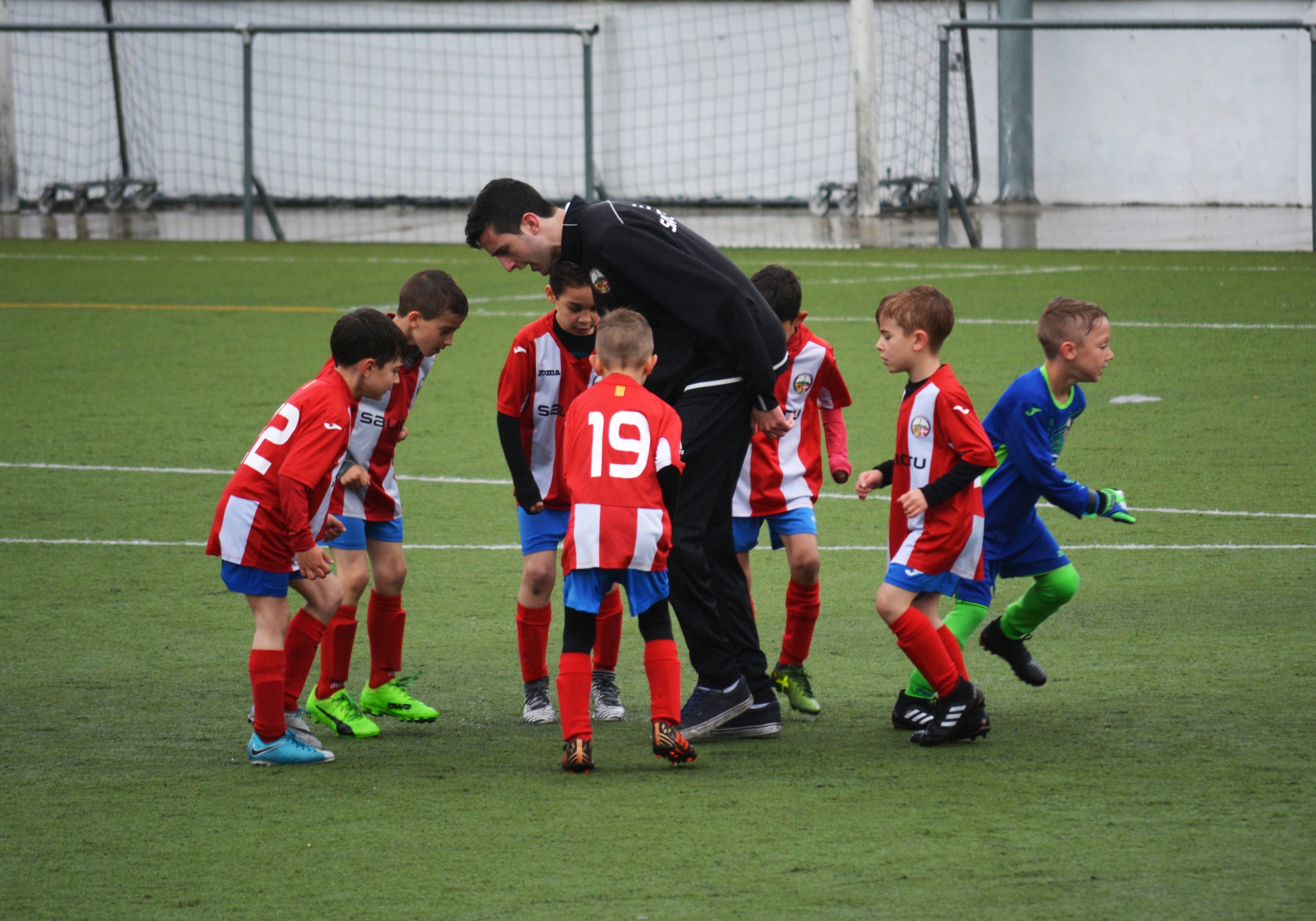 Posted at 13:41h in Celebrate, Editors Picks by admin

Is there a special time when our children’s brains are more open to learning new skills like reading, writing and playing a musical instrument?  And is ‘earlier’ always ‘better’?

We all want to give our children the best start in life, yet knowing when to introduce them to learning French or kicking a football is tricky.

As your child grows, there is a window of opportunity when their experiences shape their developing brain at a particular age. Picture their brain like a house, suggests Harvard University’s The Timing and Quality of Early Experiences Combine to Shape Brain Architecture, your genetics is the blueprint, a healthy environment supplies the building materials, and their experiences build the house.

Scientists have a term for this window of opportunity – a ‘sensitive period’. During this time, your child’s neural circuits are especially open to learning through new experiences. After the window closes – though it never slams totally shut – the brain can still learn that skill, but it’s harder, and the results are rarely as good. Trying to teach children a skill before the sensitive period for that skill has ‘opened up’ is a waste of effort according to Harvard University.

So do all skills rely on sensitive periods to develop, and when are they?

When it comes to learning to read, the earlier the better, right? No, says Dr. Sebastian Suggate, Professor of Developmental Psychology and Early Childhood Education in Germany.

It’s learning to talk that makes a good reader, he says. His studies found that kids got a head start in reading through face-to-face language interactions and listening. Hearing and speaking the vocabulary, sounds and grammar of a language quickly turn into the good reading ability for most children with the right teaching. Not until about the fourth year of school does good reading ability kick in as a catalyst for further vocabulary development.

Unlike learning a first language, there is no sensitive period for learning to read – an adult can learn to do it. Getting children reading earlier (at five years of age) does not lead to long-term reading advantages or a greater love of books, or to better general knowledge as late-starters (around seven years of age). Simply catch up just before 11 years, says Sebastian. In fact, in a study of New Zealand children, he found the lowest-performing third of readers had caught up to the highest-performing third by the age of eight or nine years.

Count less and explore more, is the advice of Dr. Ann Gervasoni, senior lecturer in Mathematics Education at Australian Catholic University in Ballarat.

“There is no sensitive period for learning to count,” says Ann. “Learning to recite number names in order is at first akin to learning a poem. Children learn the words, but don’t realise the words represent quantities. For maths, the critical thing for families to do is to notice, explore and discuss mathematical ideas like ‘more’ and ‘less’ as part of everyday life.”

Research has pointed to sensitive periods related to mathematics in two areas – relative quantity (predicting and recognising ‘more’ and ‘less’), and symbolic use, where clothes peg people in a child’s mind can become real ‘friends’, for example, leading to the idea that a squiggly line like ‘2‘ can also represent a quantity.

“Research suggests children having experiences that involve comparing quantities is very important for biological development, especially between the ages of three or four, up to seven,” says Ann. “You can learn quantities by physical comparisons or measuring, without any counting at all. An example is when you work out if everyone in a group has an apple. Are there more people or more apples?”

A second language is one case where earlier really is better. Learning from birth is a great way to become fully bilingual. Babies at 25 to 30 weeks’ gestation can hear their mother’s speech, and even know if she speaks in a different language. Shortly after six months, babies’ brains discourage their ears from distinguishing sounds outside their first language, and by 12 months, the brain tunes off totally from sounds in a second language unless babies hear them regularly.

However, don’t despair if your six year old only speaks English. Monolingual kids can be just as fluent if they start to learn their second language before the age of about seven, says Barbara Zurer Pearson, a linguistics researcher and author of Raising a Bilingual Child. Brain imaging shows children under seven are using a more diffuse area of the brain to assign meaning to words, so they can override the meaning tied to a sound in their first language more easily. In fact, kids who start to learn before seven but after their toddler years can be at an advantage over kids who start as babies. They have a more dexterous tongue, can repeat longer stretches, have better memory, and have more reference points for interpreting words and sentences. Even kids who start learning pre-teens almost never have an accent. Start learning in the teenage years, however, and it’s much harder (though not impossible) to get to a near-native level, and you will always have at least a slight accent.

To speak like a native, it’s not just when you start that counts, but how much exposure you get. Barbara says studies show a rough guide is a minimum 20 per cent of your waking hours spent in the second language every day, week or month, while 30 per cent seems to be ideal.

No simple answer exists to the question, ‘When is the best time to start learning an instrument?’. Studies show that kids need to hear both rhythm and pitch sounds in early childhood to wire brain circuits. Babies as young as two months can pick out ‘sensory consonance’ (when two notes sound pleasing or jarring together), toddlers can acquire scale knowledge, and harmony does not seem to be learnable until a child is six to 12. While the jury is still out on when and if sensitive periods apply to music, the consensus is that intensive exposure to music before about the age of 10 is critical to wire a ‘musical’ brain.

A study of four and five year olds about to begin piano and violin classes found that after one year, they had a bigger auditory cortex than non-musical kids the same age. They also had a bigger auditory cortex before classes began, which could be genetic, but researchers believe it is likely experience – those musical children also had parents who played a musical instrument at home regularly, some had taken infant music classes, and their parents had familiarised them with the instrument.

Putting in the practice separates a ‘good’ (5,000 hours) from an ‘excellent’ musician  (10,000 hours), but loading a toddler up with violin practice may not be a good idea. Two studies have shown that it pays to practice less at an early age to get to a higher standard in adulthood, probably because it gives the child a happier relationship with music.

If you foresee a sporting future for your child, the key is to acquire a wide repertoire of fundamental movement skills like locomotion and whole-body coordination from the toddler years. That is the advice of Juanita Weissensteiner, senior consultant in Athlete Pathways and Development at the Australian Institute of Sport https://ais.gov.au/ftem (AIS). At around six to 10 years, kids should start age-modified versions of their chosen sports, like soccer’s MiniRoos. Not until as late as 13 or 14 years is it time to specialise in one sport (except gymnastics, which needs an early focus).

Juanita thinks that multi-sports activity may be a deciding factor in later success.  An AIS study of 673 elite athletes showed that most sampled a number of sports early on, even taking their secondary sport to state or national level, and only specialised in a single sport later.

Her advice for parents: “Get young kids moving in a physically creative environment where they can explore their own solutions to movement challenges. Make sure they have the equipment and playing-fields the right size for their age.”

Artistic director of the Royal Academy of Dance in London, Lynn Wallis, says children can start to learn ballet “at any point”. It seems it’s not the starting age, but an inspirational teacher that’s core to ballet success. “It is so important to find a teacher who guides each child according to their individual needs,” she says. Lynn advises parents to expose young children to plenty of movement opportunities. The RAD’s two-year ‘Dance To Your Own Tune’ curriculum for two-and-a-half to five-year-olds has been “hugely successful”, she said.