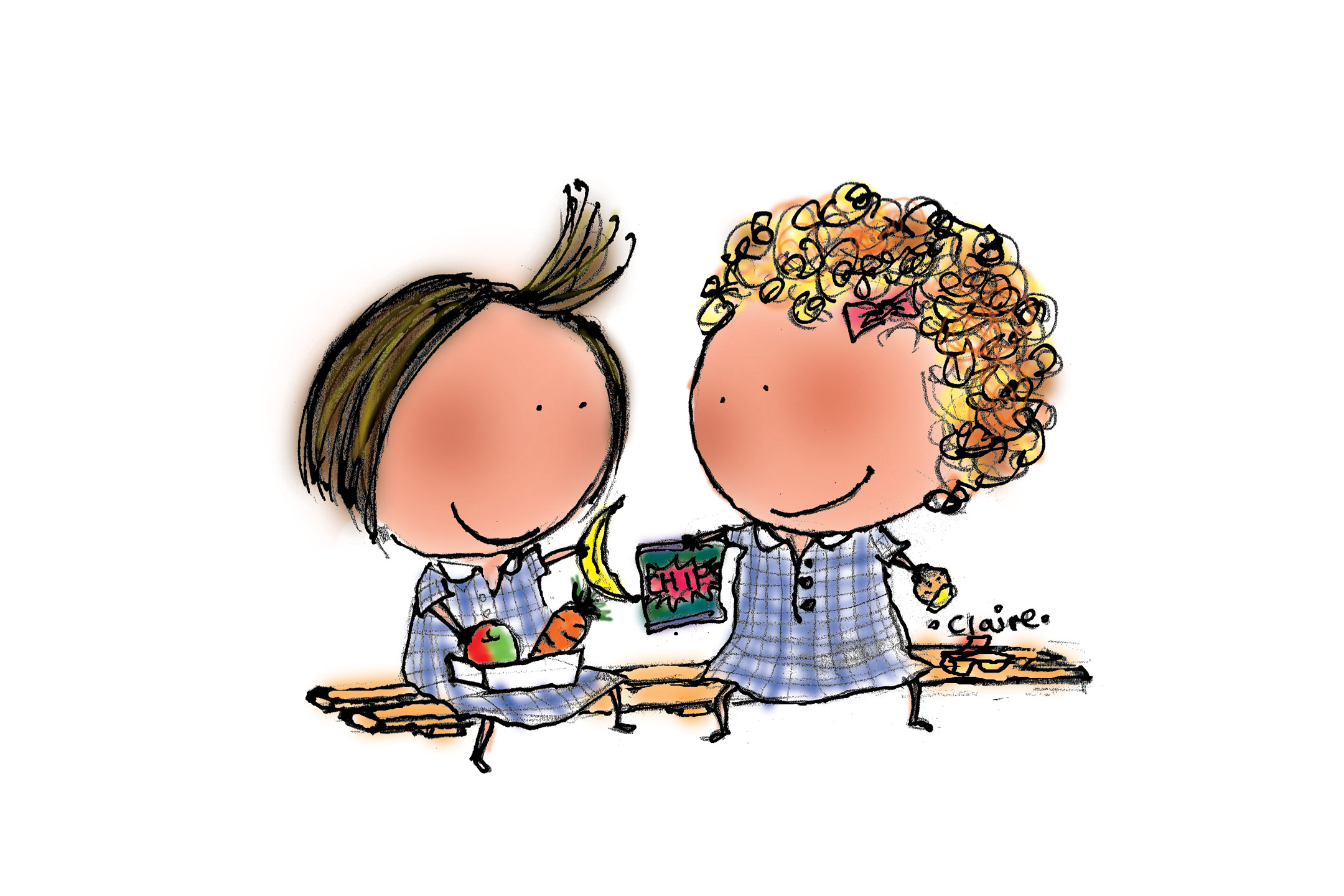 29 Jan When Meat Gets The Chop

Posted at 20:28h in Celebrate, Editors Picks by admin

Rosemary Neilson recalls the initially difficult process of adapting to her daughter’s insistence on a vegetarian diet.

Only a lucky few mums and dads are spared the daily trauma of having to coax their small children to eat up and eat well at mealtimes. Toddlers can develop strong food preferences from an early age – preferences that rarely agree with what their parents regard as a balanced diet.

Family meals can become battlegrounds from which no-one emerges triumphant, and almost every parent has war stories to tell. My own call to arms came when, aged just three, my daughter became a vegetarian.

For Georgia, it was quite simple: she refused to eat anything that someone had killed. For me, it was not simple at all: how to adequately nourish a toddler who already ate barely anything, without the convenience of meat? It’s a challenge faced by many parents of health-conscious teenagers; my time had come far too soon.

I initially used subterfuge to ensure that my daughter got the protein her body needed. Minced chicken fillets stirred into vegetable risotto did not change the colour and so went undetected. But I came unstuck with the ‘potato’ cakes drenched in tomato sauce that she had happily been eating for a period of weeks. “Darling,” I called one fateful dinnertime, “your fish cakes are ready!” With that ugly secret spilled, Georgia’s sense of betrayal was absolute. Suspicion of what I might have concealed on her plate became ever-present.

Eventually I capitulated, read up on vegetarian nutrition, bought a few cookbooks and set out to provide the ultimate wholesome, wholegrain, meatless diet.

There were only a handful of meals that Georgia would willingly eat, and these I endlessly reproduced. The all-time favourite was a ‘special’ – a selection of items arrayed in a circle on a large plate: a small mound of walnuts, another of cheese, lengths of celery stuffed with peanut butter, chunks of boiled potato, slices of raw carrot, perhaps a tub of yoghurt, some raw peas… It took only minutes to prepare, but was invariably a hit. Another standby was ‘baked beans from Mars’, a deliciously spicy adaptation of the canned version that I made from scratch. Pesto was worth its weight in gold.

I cooked as much of Georgia’s food as I could, even down to homemade bread and biscuits. (Years later, she admitted that she had swapped these home-baked goodies for chips and other junk food at school – her playmates pitied her ‘impoverished’ diet but loved my Anzac biscuits.)

Going out to dinner at friends’ homes or at restaurants was an unsatisfying gustatory undertaking. She invariably chose boiled rice or a Vegemite sandwich – plus dessert, of course (no fussiness in that department). But I was confident that she ate healthily at other times, starting her day with up to four Weet-bix or a giant bowl of porridge, so the occasional lapse wasn’t going to hurt.

Buying lunch from the school canteen was a highlight of the week – a Vegemite sandwich on white rather than wholegrain bread! And as far as food went, Christmas was a day like any other, apart from the desserts and the ice-cream that Santa left for her in the freezer.

In time, I became adept at accommodating the equally idiosyncratic preferences of her carnivorous friends, and at teaming tasty vegetarian dishes with flesh on the side for guests who couldn’t face a meat-free meal. I became adventurous and inventive. I found ways with eggs that were deemed acceptable. I discovered the joy of soup. I accepted that Georgia’s refusal to eat anything with cheese melted on top was not the end of the world. I identified delicious ways with beans and lentils, and learned that giving wacky names to otherwise unexciting dishes was a great appetite stimulant. I located restaurants that catered to her rarefied tastes, and ever so slowly expanded her culinary repertoire.

We’ve come a long way since those first challenging days. Lentils, chickpeas and all manner of legumes and grains are now served as regularly in our household as the roasts and grills my 180cm-plus husband relishes. There have been positives for him, too, in learning that a meal without meat can still hit the spot. Middle Eastern, Italian and Indian vegetarian dishes are as commonplace at our table as green salads and bread. To date, tofu has been the only outright reject, apparently due to its ‘slimy’ texture.

Now 16, Georgia is strong, fit and slender, with a healthy iron count and a hearty appetite for life. Already, she understands how the way she fuels her body affects her overall wellbeing. She eats with gusto, willingly trying new tastes and, best of all, she is learning to cook.