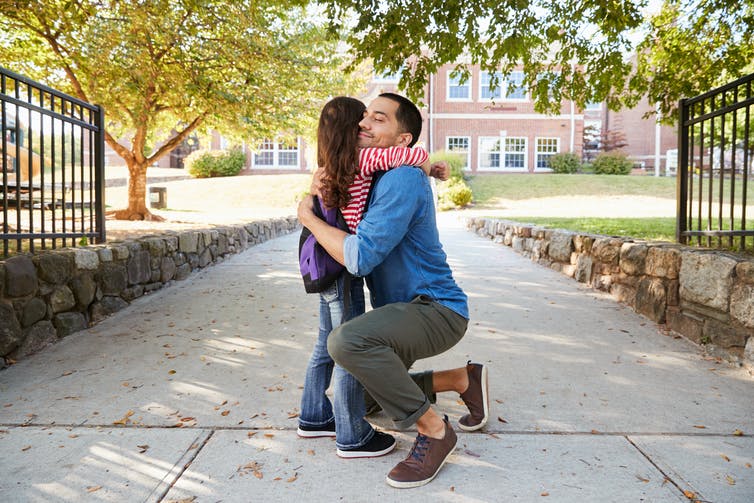 19 Aug Which families delay sending their child to school, and why?

Posted at 11:48h in Editors Picks, Education, Inform by admin

These are some of the findings of our study on who chooses to delay sending their children to school and how a child’s age when they start school is related to their “school readiness”.

Every year, thousands of Australian families with four-year-old children face a difficult decision: to enrol their child in school or delay for another year. Delayed entry typically incurs a cost, such as childcare fees or lost wages. For this reason, not all families may be in the same position to make the decision to delay, even if they wanted to.

Research shows New South Wales tops the charts when it comes to delaying school entry. Our paper, published in Early Childhood Research Quarterly (2019), found one-quarter of children in NSW delayed school entry in 2009 and 2012, with geographic and social variation in the tendency to delay.

We also confirmed what many parents and teachers believe: older children are more likely to have the developmental skills in place to hit the ground running in the first year of school.

Rules about when children can start school vary internationally and across Australia. In NSW, the enrolment cut-off is July 31 and children must start school before they turn six.

This means parents of children born January to July must decide whether to send their child to school at the age of between four-and-a-half and five, or wait 12 months until they are five-and-a-half to six years old. Children with August-to-December birthdays have no choice about when to start school, except in special circumstances.

Our study used data on more than 100,000 NSW public school children in their first year of school. The data sets were collected as part of the Australian Early Development Census in 2009 and 2012. The census takes place every three years and is based on teachers’ knowledge and observations of the children in their class.

Teachers fill out a questionnaire for each child. It asks more than 100 questions covering five key domains of development: physical, social, emotional, language and cognitive, and communication.

We combined the developmental data with information from other routinely collected population data sets, such as birth registrations, midwives and hospital data, to better understand children’s health and family circumstances.

Family background played a role. Children born to mothers from Australia or northern Europe were more likely to delay. Children born to mothers from Asia, North Africa or the Middle East were less likely to delay. This may reflect a range of cultural, social and economic circumstances, as well as attitudes and beliefs. However, we did not have information about why families made their choices in this study.

Delayed school entry varied depending on where children lived, ranging from 8% to 54% of children in an area. In general, it was more common for children in regional areas to delay, compared with children from cities.

There was substantial variation within Sydney. Delayed school entry was least common among children living in the southwestern suburbs, which have great cultural diversity and more low-income households, compared with other areas in Sydney.

We found children were more likely to be ready for school with each additional month of age at the start of the school year. The differences in children’s development were quite small month to month – there wasn’t a big gap between August-born and September-born children, for example.

But the differences did add up: there was a substantial development gap between the youngest and oldest children in the first year of school. For example, around 60% of children who started school aged five-and-a-half to six years old had scores above the 25% cut-off point in all five development domains. Only 36% of those who started aged four-and-a-half met this threshold.

What does this mean for families and policymakers?

Every parent knows their child best. Families should consider the available evidence together with their own personal circumstances, advice from their local school or preschool, and any other factors that are important to their family when making the decision about when to send the child to school.

Our findings are also relevant to the ongoing debate about school enrolment policies in Australia and the potential impact of these on the make-up of classrooms and children’s school readiness.

One option for policymakers is to change the school enrolment cut-off date. For example, raising the minimum school starting age would remove the youngest group of children from the classroom, who are less likely to have the developmental skills to thrive in school. This would narrow the age range and development gap between the youngest and oldest kids in the classroom.

A key question for future research is whether these initial age-related development gaps remain over time. The available evidence from other countries is mixed. Some studies have found younger children quickly catch up with older classmates. Other research shows older children have an advantage over their younger peers throughout childhood in multiple areas, including sports, mental health and test results.