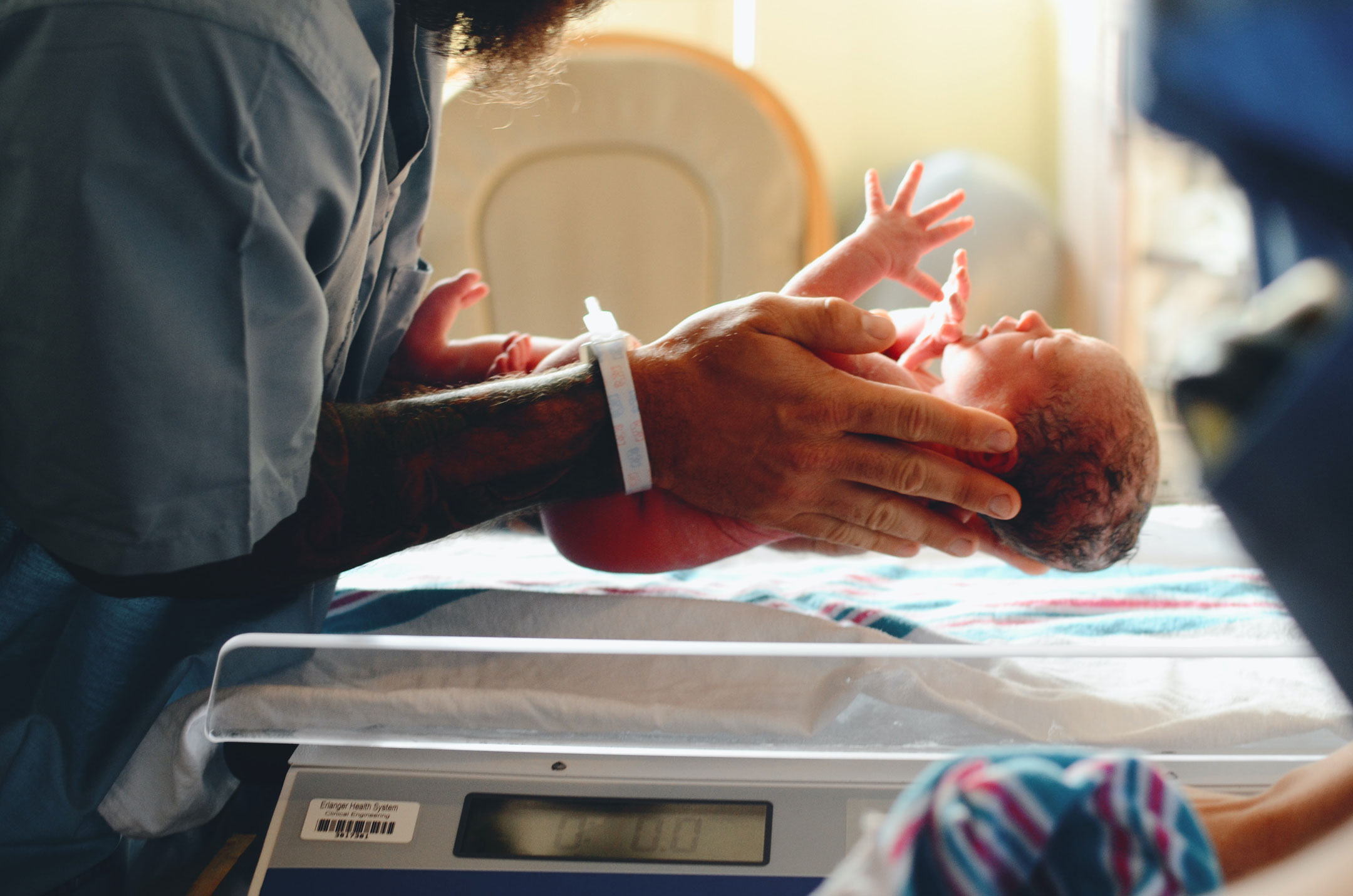 21 Jul Why are healthy women having their labour induced for no identified medical reason?

Posted at 12:31h in Editors Picks, Inform, Motherhood by Editor

Pregnant women in Australia are increasingly having their labours induced rather than giving birth spontaneously – and some without good reason.  Report Hannah Dahlen, Ank de Jonge, Lilian Peters and Soo Downe

Our study, published today in BMJ Open, found the induction rates tripled for women who were 37 and 39 weeks pregnant in New South Wales in the 16 years to 2016. And 15% of new mothers were induced without a medical reason listed. 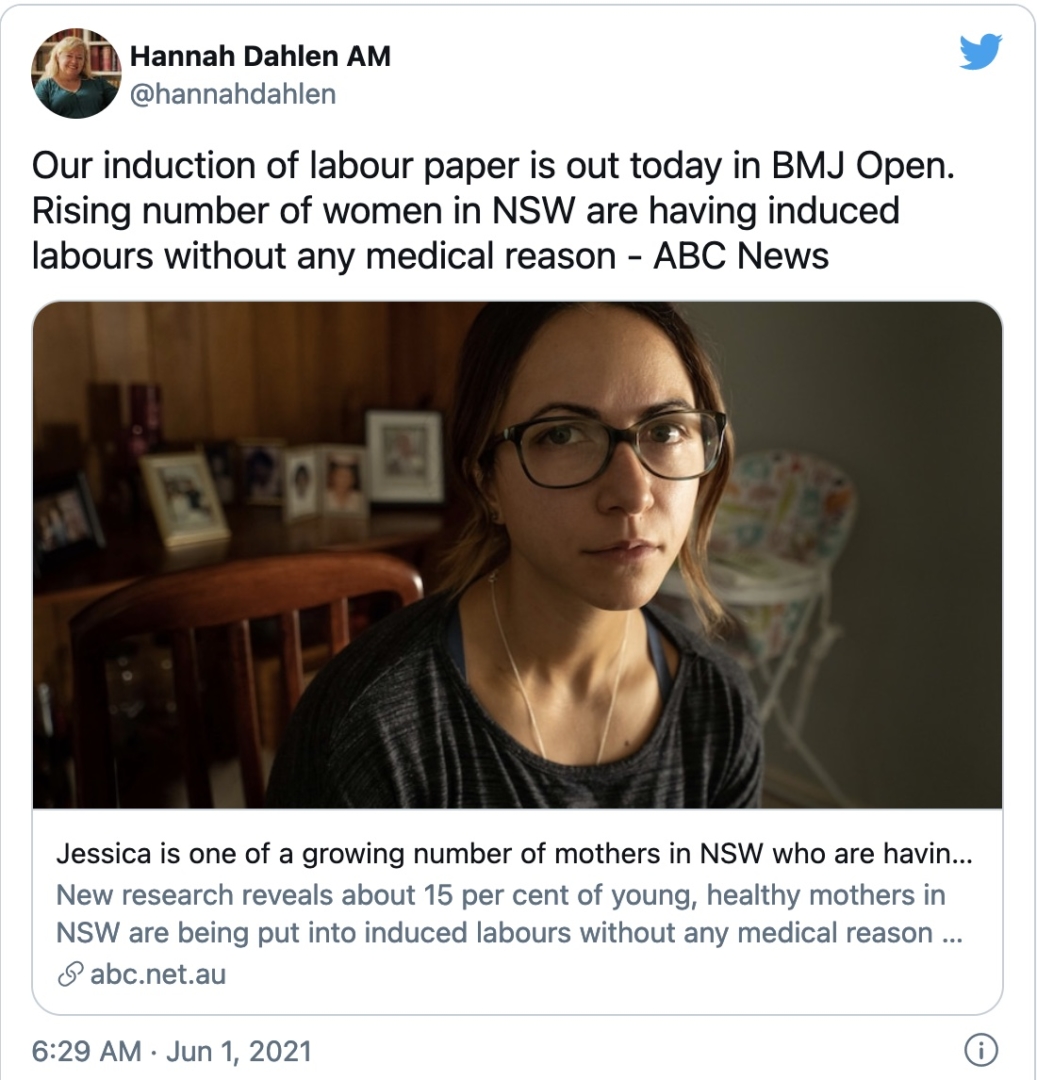 Induction of labour can be life-saving in some situations. But when it’s not medically indicated, it could put women and babies at unnecessary increased risk of complications.

Remind me, what is induction?

Induction of labour is where labour is started medically. This can be with hormones, by using a balloon-shaped catheter placed in the woman’s cervix to open it up, or by breaking the bag of water around the baby.

Induction is often recommended when:

Our research found sometimes inductions are done where there is no identified medical reason. As previous research has shown, this is especially the case in private hospitals.

Sometimes women are told their baby is bigger or smaller than normal. Bigger babies may lead to more complications with the birth, and smaller babies may not be growing well. However, ultrasound can be very inaccurate, and babies thought to be small or large are often a very average size at birth.

Sometimes women are sick of being pregnant and are (understandably) uncomfortable and request an induction or are offered it by doctors.

Of these, 69,397 (15%) had an induction of labour with no medical reason given. These women were aged 20 to 35 years, had a healthy pregnancy, and didn’t smoke or have high blood pressure or diabetes.

Compared to first-time mothers who went into labour themselves, those who were induced were more likely to have:

In one area there were benefits for mothers who were induced: severe perineal tears were slightly lower for first-time mothers (4.2% vs 4.9%) and those who had given birth previously (0.7% vs 1.2%).

Mothers having subsequent babies did not have the same high intervention rates that first-time mothers did.

We found a big rise in NSW babies being induced at what we call “early term” (37 and 38 weeks) over the 16 year period.

The number of babies born at 37 weeks’ gestation tripled, while the number born at 38 weeks doubled.

Yet those last couple of weeks of being in their mother’s uterus are important for the development of the child’s brain and other body systems such as the lungs, and the ability to control blood sugar and body temperature.

Previous research has suggested inducing healthy pregnant mothers after 41 weeks of pregnancy reduces stillbirth and this is what the World Health Organization recommends (we previously recommended induction after 42 weeks).

While our research did not look at stillbirth, as all our mothers and babies were healthy when labour started, we found no difference in the rates of neonatal, infant and child death between the two groups.

Our study is one of the first to look at long-term outcomes associated with induction of labour.

Following induction of labour, babies had more trauma during birth and were more likely to need resuscitation. This is probably partly due to being born early and/or having more surgical intervention.

Babies born after induction were more likely to be admitted to hospital with breathing difficulties and infections (ear, nose, throat, respiratory, sepsis) at a range of ages, up to 16 years.

We could only look at hospital admissions which occur when there are more serious health issues, so this does not represent visits to a GP or other community services.

Women who are induced can’t move around as easily due to the baby needing to be continuously monitored to pick up any signs of distress. The drugs used for induction can make the contractions very strong, reducing oxygen to the baby. Most women have intravenous fluids running, further restricting movement.

This lack of control can lead to women feeling disappointed with their birth and some may even be traumatised. 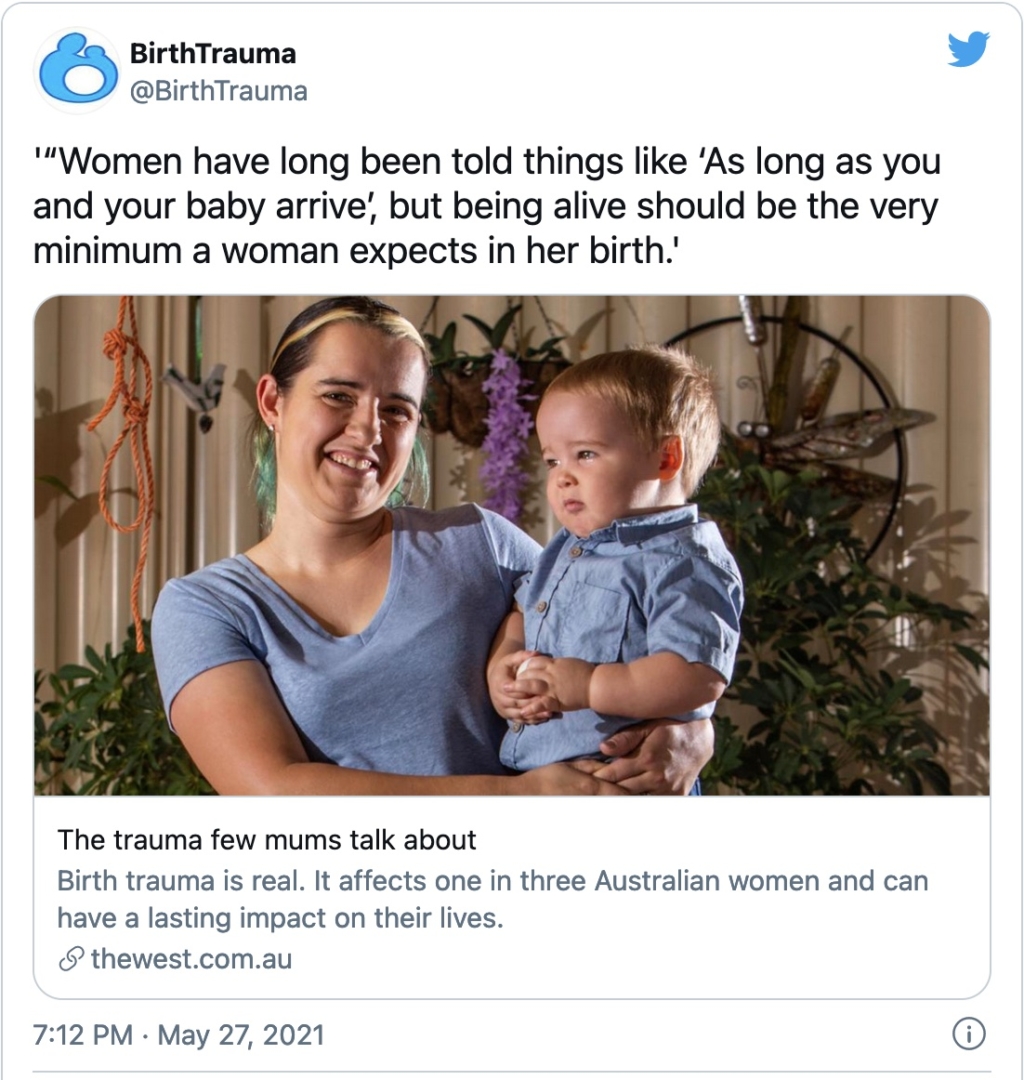 A recent review of the evidence found decisions about induction were largely made by clinicians rather than women, whose expectations and preferences were often unmet.

There is widespread variation in clinical practice guidelines about when women should be induced.

The World Health Organization has advised against induction of labour without medical indication before 41 weeks gestation.

And this month the National Institute for Health and Care Excellence in the United Kingdom released its draft guidance for consultation, also recommending women be offered induction at 41 weeks but opening the discussion on induction up for debate.

There is no doubt induction of labour can save lives if used judiciously. But it’s a major medical intervention and so should not be offered routinely before 41 weeks without discussing the risks and the potential increase in other interventions women may not anticipate.

This discussion should also include not yet knowing all the potential longer-term effects of inductions.

Most important of all, women need to be aware they can decline or accept any intervention or treatment offered or recommended by health providers and the information provided to them must be balanced, evidence-based and without coercion.