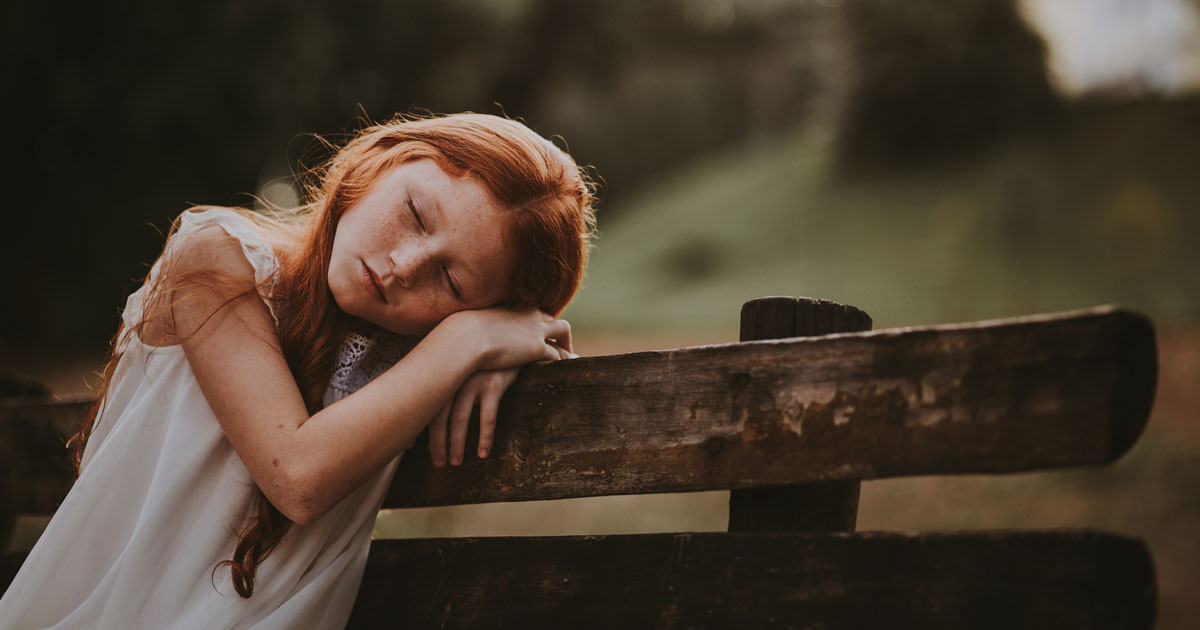 07 Jul Why do kids hate going to sleep?

Why do kids hate going to sleep, while adults usually love it? Asks Gemma Paech.

The school holidays are here, and parents struggling to get their children to bed will no doubt be thinking: what is wrong with you? I would do anything to get more sleep!

Children seem to do everything possible to avoid sleep, yet many adults can’t seem to get enough of it. It may seem kids’ resistance to sleep, and adults’ longing for it, are underpinned by different factors. But it’s likely similar issues are at play for both.

Factors such as as insufficient sleep, behavioural sleep issues and sleep disorders may explain our strong feelings towards sleep, and why they differ at different stages of our lives.

How much sleep is enough?

Reports from the Sleep Health Foundation indicate four in ten Australian adults don’t get enough sleep. We don’t know exactly what this number is for children, but one Swedish study showed it could be about the same for them.

Research has shown sleep is essential for a child’s development, but the amount needed varies with age. Children aged 3-5 years should get 10 to 13 hours of sleep daily, including naps — while those aged 6-12 years should get 9 to 11 hours. Adults 18 years and older should aim to sleep between 7 and 9 hours.

Insufficient sleep in kids isn’t always easy to identify. They may not be able to communicate when they are sleepy, or may not even recognise sleep deprivation in themselves. Children are unlikely to know how much sleep they should be getting, so they look to their parents as a guide.

There are telltale signs when children are suffering from insufficient or poor sleep, including poorer behaviour, overactivity, poorer performance at school and poorer physical growth.

An accumulation of sleep loss over many years can even lead to “sleep debt” in adults. This increases sleepiness and can worsen the impact of further sleep loss. These changes can happen so gradually we don’t always notice them, but they’re probably why many adults are desperate to get more sleep.

Fear of missing out

Difficult behaviour around bedtime is the most common sleep issue among children. Refusing to get into (or stay) in bed, not settling into sleep, waking up during the night, getting up very early — all of these are examples of sleep behaviour problems in children.

Such behaviours may start at a young age without a trigger, or may follow significant life events such as moving houses, family upsets or starting school. Children can also develop behavioural sleep problems due to FOMO (fear of missing out), or not understanding why the grownups are allowed to stay awake.

In adults, behavioural sleep problems are often described as poor sleep hygiene or poor sleep habits. It’s when you promise yourself you’ll only watch one more episode of a show, or only scroll through your feed for ten more minutes — and then fail to cut yourself off.

Having an irregular sleep schedule and not prioritising sleep are symptoms of behavioural sleep issues in adults. While children usually have someone to tell them when they need to go to bed, adults must set their own (often poor) sleep routines.

Bedtime doesn’t have to be all-out war

On the bright side, setting rules around sleep can help both children and adults overcome their sleep issues.

Children and adults should both go to bed and wake up around the same time daily. They should also develop a consistent bedtime routine of around 30 to 60 minutes to prepare for sleep each night. This is especially important for children. It could include taking a warm bath or reading a book.

It also helps to have a sleep-friendly bedroom: a dark, quiet and welcoming environment free from distractions such as computers, phones or TV. Night lights are useful for children who don’t like the dark.

And finally, during the day both children and adults should limit their caffeine consumption, including from energy drinks, soda, tea and coffee. Outdoor exercise is a great option if possible. Napping is normal in pre-school children, but should be limited in older kids and adults.

Some sleep issues may not always be related to behaviour. It’s possible a sleep disorder may be causing issues around sleep for an adult or child.

Examples of “parasomnias”, or abnormal sleep behaviours, include sleepwalking, sleep talking, nightmares and sleep terrors. These behaviours are generally more common in children than adults, although we don’t know why. Most children outgrow them as they age.

Parasomnias can be caused by stress, traumatic life events and sleep loss or can also be hereditary. In adults they’re more often a result of stress, trauma, mental health illness or neurodegenerative disorders such as Parkinson’s disease.

Fortunately, treatment for these behaviours generally isn’t needed unless they’re frequent, distressing or risk injury. Sleep apnoea is also common. While it presents slightly differently in children and adults, signs include snoring, increased efforts to breath during sleep, pauses in breathing and gasping.

Sleep apnoea can result in sleep loss which can lead to either a resistance to, or strong desire for, sleep. If you suspect you or your child may have a sleep disorder, consult your GP.