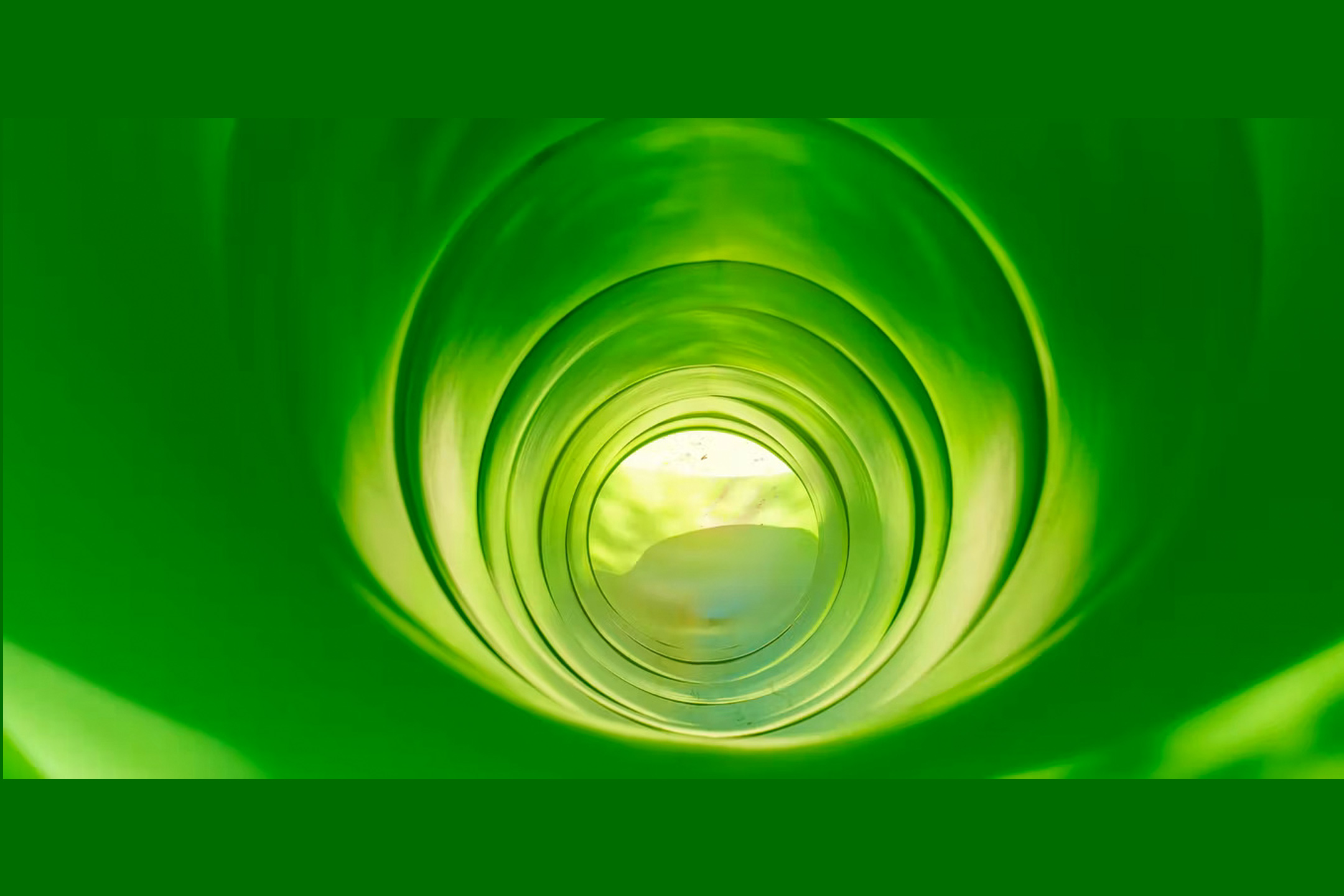 12 May Why the latest playground craze is a serious hazard

Posted at 06:30h in Inform, Validate by Staff

Child’s play involves risk and challenge, a vital part of development. Failing, falling and picking yourself up again are crucial life lessons. But children also need to be protected from severe and lifelong injury.

As the latest evolution in exciting play, numerous giant tube slides have been introduced around Australia. However, several of them have caused serious injuries within weeks of their installation.

The most recent giant tube slide causing serious injuries was opened by Shoalhaven Council in New South Wales in January. A four-year-old girl broke both her legs after riding tandem down the slide with her dad. 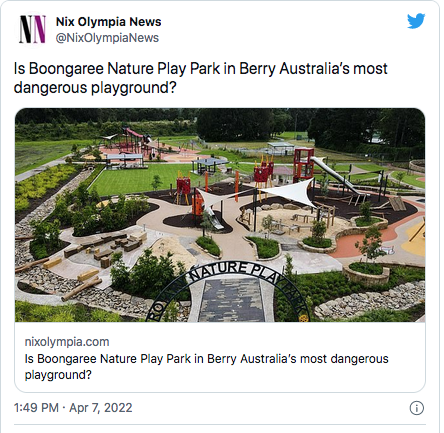 Her mum took to Facebook seeking the local community experience. Within 24 hours there were 750 comments, more than 150 shares and more than 30 serious injuries reported, including fractures and facial injuries.

Such preventable injures can cause lifelong difficulties for some, and cost Australians millions of dollars, not only in wasted playground development but also the cost of injuries and any associated litigation. The fate of the giant slide at Boongaree Nature Play Park is yet to be determined.

More than ‘rough and tumble’ injuries

In 2016, an Adelaide giant tube slide complex was closed only months after opening, after a spate of serious injuries such as compound knee fractures and dislocations were reported. 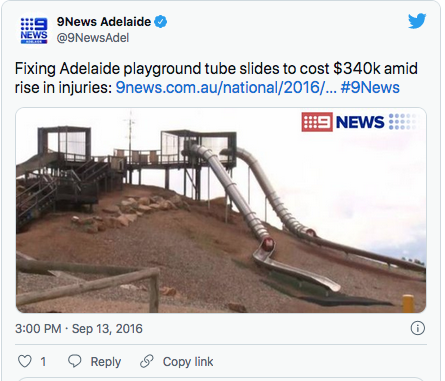 The two giant tube slides reportedly cost A$600,000 to build, in a playground upgrade costing $3.55 million. It then cost a further $340,000 for the hazardous slides to be dismantled.

In 2018, a Sydney playground was closed after “horrific” injuries including broken legs were reported from parents and children using the new “giant tube slide”. The Stockland playground reportedly cost $2.3 million to build. This giant slide was also closed, dismantled and removed.

The frequency and severity of these incidents is more than we should expect from “normal rough and tumble” play in a visit to the local playground.

What’s the problem with these slides?

Longer tube slides allow users to travel faster through the inner tube. A person’s speed depends on their size, weight and the slipperiness of their clothing (with something like nylon leggings being more slippery than denim jeans, for example). The slipperiness of the slide can change with use over time as well.

Injuries have occurred within these giant slides, as users enter the twists and turns of the slide at great speed and sometimes try to “brake” with their feet to slow down. For each child, it’s hard to determine how fast each descent will be, but once it’s started, it can be very hard to control.

Attempting to brake during a descent can load ankles and knees with significant energy that causes bones to break. Trying to put the brakes on with a bare foot versus a sneaker can also affect the likelihood of a fracture. If the user is not able to slow down, they may shoot out of the end at high velocity.

Injury surveillance data from the United States shows tandem riding (sitting on a person’s lap on the slide) is associated with up to 50 times the odds of a lower-limb injury for the child, compared with riding alone.

Paradoxically, many parents probably believe riding together is safer. The new giant tube slide in Boongaree Park did not have any signage to warn parents of this risk.

How do we know playground equipment is safe?

The current Australian playground standards are informed by 50 years of experience in design and use of play equipment, and are constantly updated. The standards look at factors such as playground design, installation, maintenance and operation. They aim to optimise the safety of playgrounds and minimise the risks associated with them. They are also intended to remove known hazards such as things that could cause strangulation.

While public playgrounds in Australia are usually certified to meet the Australian standards, it’s not mandated by law. So not all will be certified to the most recently published standard, tested with a risk assessment before installation, or regularly checked for wear and tear that could cause injury.

To comply with the playground standard, certified playgrounds must have a marking plate secured to them indicating the name and address of the manufacturer or authorised representative, information to identify the equipment, the year the playground was manufactured, and to what standard. However, information regarding any updates or repairs, or schedules of inspections are not made publicly available by any council.

While the standards require testing for things like head and neck entrapment and structural integrity, they don’t require the slides to be tested for normal use to see how children might fare on the equipment.

Similar to vehicle safety testing, prototypes of products like slides should be tested across a range of user sizes and clothing types, and if any risks of severe injury are identified, the design can be modified before it’s installed.

There have been calls to leave giant slides unchanged in children’s playgrounds (regardless of the injuries) to develop children’s skills in risk management.

However there’s a difference between “risk” – where children can recognise and evaluate a challenge and decide on a course of action – and “hazard”, which is a source of harm that cannot be assessed by children (or in this case, even adults) and has no learning benefit.

We agree children need to learn about risk, challenge, success and failure, and sometimes injuries can occur. However serious injuries are preventable when every part of the system is carefully reviewed and modified accordingly.

Giant tube slides are making children (and their parents or carers) pay too high a price through no fault of their own. These hazardous items of playground equipment should either be removed or modified to ensure a simple trip down the slide doesn’t result in broken legs.