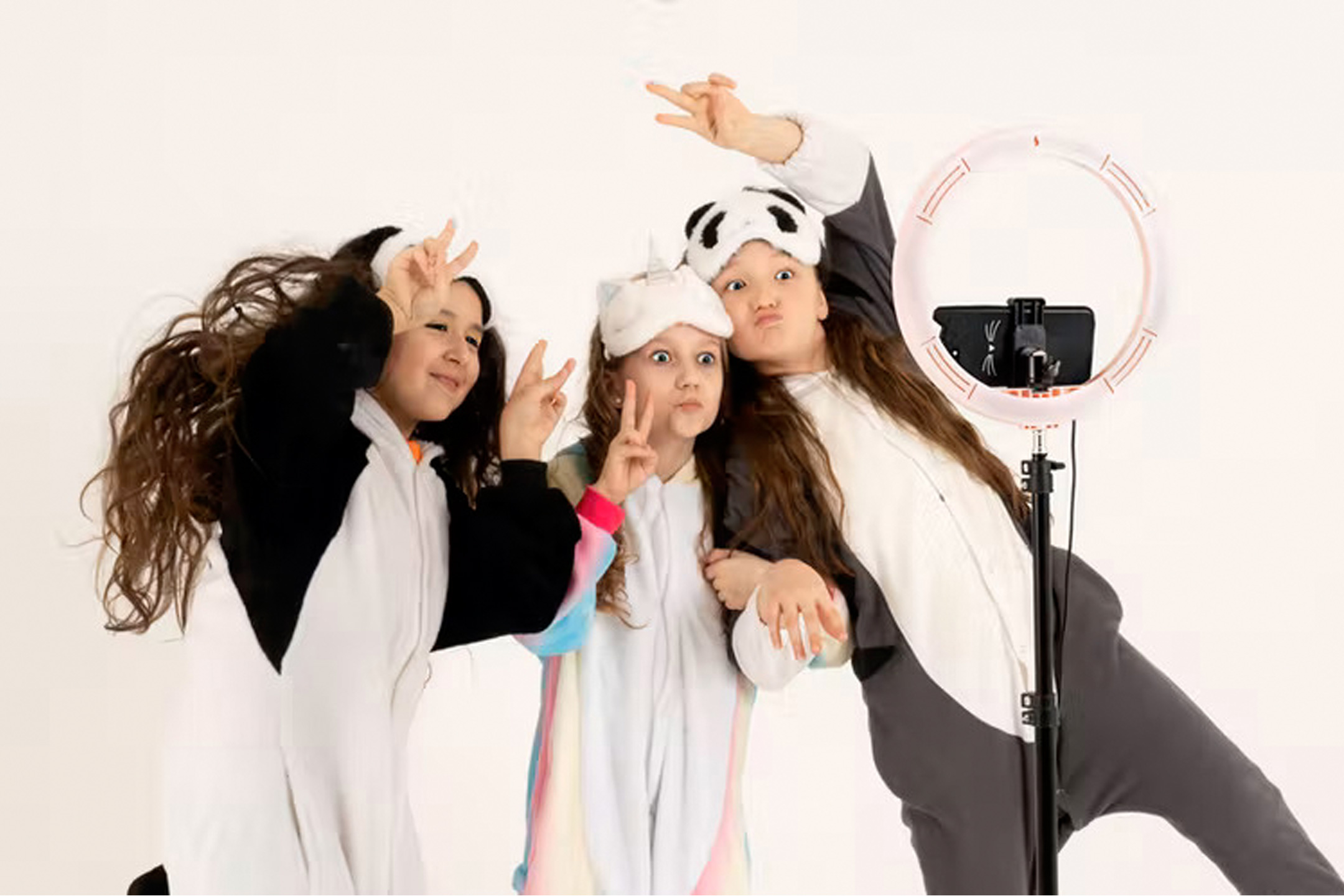 Posted at 06:05h in Validate by Staff

Recent outrage surrounding a young children’s toy “vlogger” set echoes moral panics of the past, particularly when words such as children, play and digital come together.

Aldi recently released a new range of wooden toys, including the Vlogger set for children aged 3 and older. This set has sparked discussion on Twitter, including criticism. 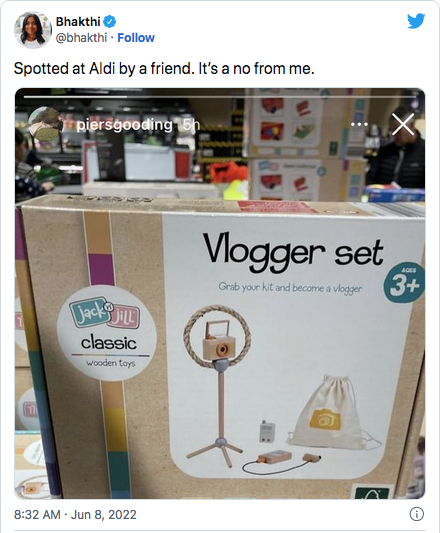 As researchers who explore the ways young children are growing up in the digital age, we want to move this conversation past any initial shock.

Instead of feeding into any moral panic, we would suggest taking the time to consider what children can get out of playing with such toys. They might benefit from activities like practising the making of digital media and mimicking the real-world practices of the adults in their lives.

Children live in a digital age

Digital technology is increasingly part of children’s everyday lives. They are being introduced to media-making practices at younger ages than in the past.

Children don’t just watch their favourite content online. They produce their own media when they film what’s happening around them.

And most future jobs are going to require digital skills.

Not only is social media entertainment a legitimate and growing industry, learning how to communicate through media-making practices is important for children now and to build upon in the future. Young children might use filters on video calls with family but as they move through their tween and teen years they may have to make video presentations at school or choose to connect with friends through video-orientated platforms such as TikTok, SnapChat and Instagram.

Whether we like it or not, this is the reality for many young people.

People do have concerns about children online

Of course, there is ongoing concern about children online.

Controversy about child influencers or “kidfluencers” continues to fuel debate about the presence and exploitation of children in online media entertainment. A notorious example was DaddyOFive, where children’s reactions to “pranks” by their parents were shown on YouTube. Other examples include popular YouTube content of children unboxing toys and the rise of “micro-microcelebrities” – young celebrities who derive their exposure and fame through their parents’ sharing or “sharenting”, online.

These examples understandably call for greater consideration of how children are represented online. It’s essential to critically examine exploitative commercialisation practices and champion children’s right to privacy. At the same time, it’s important to remember that not all media produced by and for children are inherently bad or harmful.

Children are at some stage likely to produce media and share things online. Organisations such as Common Sense and Australia’s eSafety Commissioner provide useful resources for families to help children navigate the production and consumption of online media in guided and considered ways.

Through this lens, toys like this Vlogger set could also be considered a resource for parents and educators to start conversations with young children about what it means to make content online.

Wooden toy versions of digital devices, such as cameras, laptops, phones and tablets, are common.

We understand it can be unsettling to think about children playing with toys that reflect our own media practices. However, if we consider the shifting practices of media production and distribution, it is possible to understand that children can learn important ideas from these toys. They can begin to develop early understandings of media literacy and how to use technology.

Take the vlogger set, for example. In media production, lighting is an essential part of ensuring we can communicate our intended meaning to our audience. We can create mood, convey emotion and set audience expectations. Through exploring the ringlight feature of the vlogger toy children are learning how to apply media languages.

Through playful exploration and imagined production, children can start to think not only about what they share but how they share and who they share with.

Children’s imaginative role-playing toys have many benefits. These include being able to act out real and imagined situations, especially when parents are involved with play. There are countless versions of these toys, including chef sets, doctors kits, cleaning sets and tool belts.

While adults might buy these sets in the hope that their child will be inspired to start a career journey, we don’t expect every child who plays with a chef set to become a chef. We would hope one day they’ll learn to cook since that’s an important everyday life skill.

The vlogger toy is no different. Some might argue it encourages children to be YouTube stars or influencers. And if some children want to be part of that profession (and it is a legitimate profession for some), then they can look back at the cute photos their parents took of them and maybe posted online, using the vlogger set, and remember where it all started.