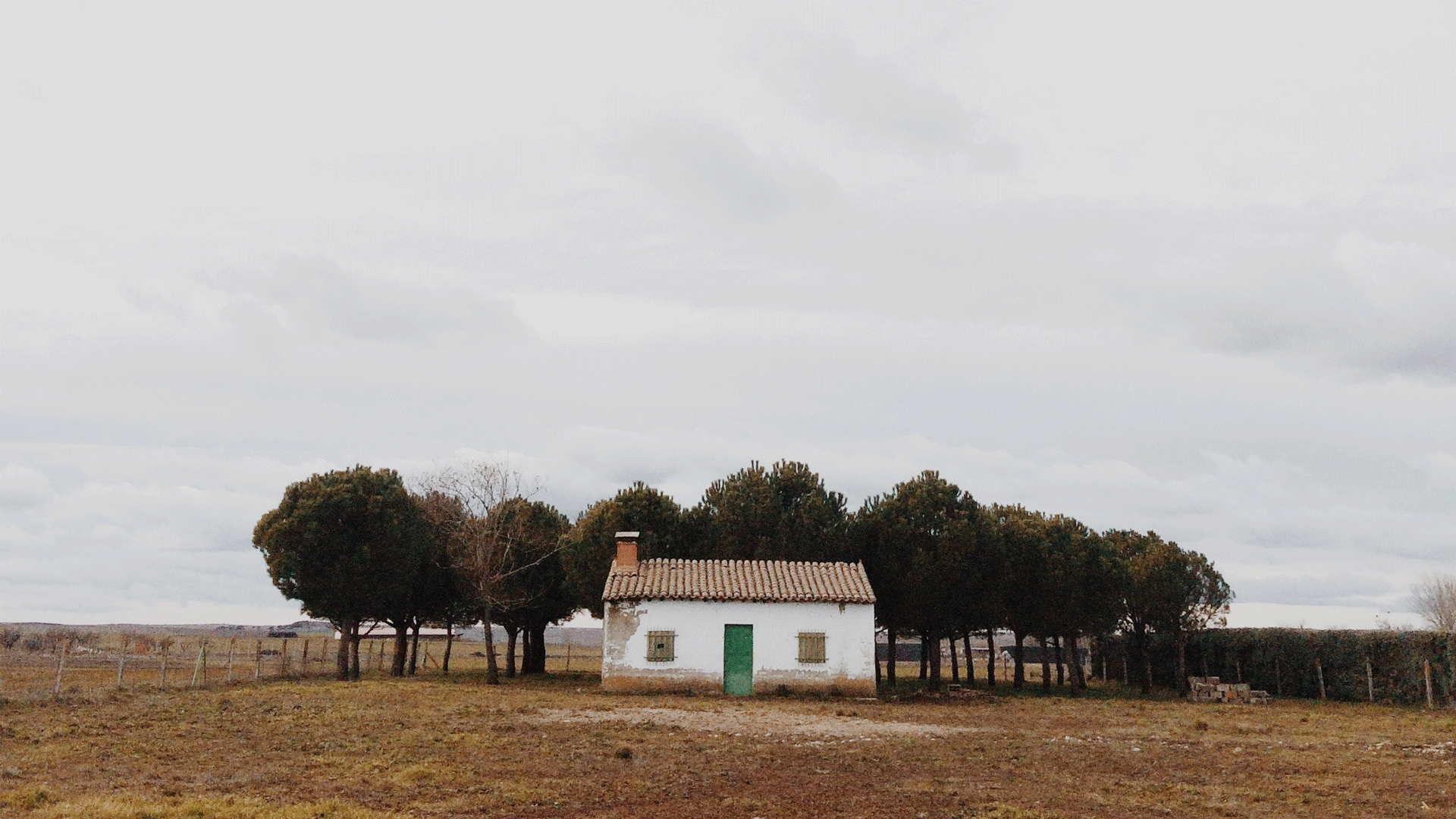 19 Jan Would You Leave Your Child Home Alone?

Posted at 14:13h in Editors Picks, Inform, Validate by admin

Leaving children unattended for “an unreasonable amount of time” is against the law but many of us do leave our children at home. Natalie Ritchie looks at why.

When Petra Chapman’s* two sons, aged nine and 11, spent three nights a week at their father’s place, she assumed he was hiring a babysitter for them after school.

That was until her sons mentioned they spent every afternoon home alone.

Their father didn’t get home until 6:30pm. When she dropped by one evening midweek to deliver school uniforms, she found her 11 year old microwaving frozen chicken pies for their dinner. Their father happened to telephone while she was there and told the boys he would be home at 7:30pm.

“I couldn’t believe it,” says Petra. “The boys had leaned a pair of sneakers against the heater to dry them. What if my 11 year old had accidentally pressed ‘20 minutes’ on the microwave instead of ‘20 seconds’ and started a fire? What if one of them choked on a piece of apple?”

In 2011, more than a quarter (26.7 per cent) of children aged between 10 and 12 were left home alone during school-term time, and almost one in five (19.3 per cent) were home by themselves in the holidays, according to the Household, Income and Labour Dynamics in Australia Survey (HILDA).

Among school-aged children under 10, almost one in 10 (8.7 per cent) took care of themselves at home in term time, and more than one in 20 (5.6 per cent) did so in school holidays.

Financial circumstances, work demands, lack of family support and difficulty getting a babysitter at short notice, can all weigh on a parent’s decision to leave kids home by themselves.

“It’s a necessity. When you’re a working parent, there are times when you just can’t be there,” says Helena Brown*, mother to Alex*, 13, and Luke*, 10. She has left Luke home alone since he was eight. “I get nervous about it; I run that gauntlet. But it’s a trade-off. If I stay home with them, I worry that work will think my children get in the way. I ask myself, ‘Am I failing at work?’ It’s a horrible, horrible feeling.”

Demands on today’s women to work, often with inflexible hours, can make life harder than in our mothers’ time.

Grandmother of four Pam Walters* says the few mothers who worked in her day arranged their hours around school. ‘Latchkey kids’ became a more modern concept as feminism encouraged women to get full-time jobs, she notes. “I arranged before-school time with a neighbour or a family that lived opposite the school, and I got home at the same time as my children,” says Pam. “High school was no problem as the children left before me and got home later. I don’t remember ever needing a babysitter.”

In Petra’s ex-husband’s case, finances were not the issue. He could afford a nanny, says Petra, but didn’t bother.

She now leaves the kids home alone to do the grocery shopping, run last-minute errands, and even when they’re mildly ill.

“Do I think it’s OK? Definitely not,” she says. “But as a single mother, it’s too expensive for me to hire a nanny. It’s also too stressful and time-consuming to arrange a replacement for myself every time I need to walk out the door, especially if it’s late notice. I recently went back to working in an office after working from home, and this year, I will even let them stay home alone for the whole school holidays for the first time, as I can’t afford vacation care. They will be 10 and nearly 12.”

Paulina Estrada*, mother of two-year-old Jennifer* and 10-year-old Ryan*, is from South America and has no family here. “It is very, very hard,” she says. “In South America I could afford to hire five servants – a cook, cleaner, nanny, gardener and bodyguard. I leave Ryan for half an hour to go the shops. I don’t like it, but it’s circumstances. I don’t tell anyone because everyone here looks at you as if to say, ‘How irresponsible’. But in this culture, you don’t have any help.”

Leila Giacomo* did test drills before she first left the eldest of her two daughters, 11-year-old Madison*, to pick things up for dinner, or when Madison was sick and she needed to work. Although Leila feels her daughter is safe home alone, she isn’t able to control other aspects of her daughter’s life. “I have no control over her diet or whether she does her homework,” says Leila.

Some parents have a different cultural take on staying home alone. Tatiana Simons* grew up in Siberia and moved to Western Europe by herself at 17. “I was left home alone at the age of 10 in charge of my sisters aged eight and four, while my parents went on business trips,” she says. “In the Soviet Union, the women all worked. I did everything in the house, fed the animals, got the water and still did my homework.”

Tatiana says being left alone as a child was a positive. While she doesn’t leave her daughters, aged seven and nine, home alone, she says it’s important to encourage independence in children. “We’ve gone too far in protecting our children. I’m doing more than I should for my kids. My daughter asks me what socks to wear.”

Helena agrees being home alone is a good thing for kids.

“If I have raised them well, they should have the commonsense to be on their own.”

Ten-year-old Luke now catches trains all over Sydney by himself. Helena is impressed that on one of his first train trips, he spied out a boy in the same school uniform and walked along behind him for safety. “How clever of him to construct his own blanket of security like that,” she says.

A child’s individual personality plays a big part in when kids are judged ready by their parents to stay home alone. While Helena has left Luke by himself since he was eight due to his competent nature, she would never have left his older brother home at that age. Petra leaves her sensible 11 year old alone, but will not leave her less capable nine year old when he turns 11.

Mum Julia Carter* found a solution in university student Jane Matheson* who she organised to ‘hang out’ with her 13-year-old, Zoe, after school when work required a later day than usual. Julia took comfort that her daughter wasn’t sitting at home alone and Zoe welcomed the company.

While there’s no precise age at which children can be left alone, Professor of Psychology at The University of Sydney, Dianna Kenny, warns that leaving young children unsupervised can lead to anxiety.

“They may be glued to the spot, too frightened to move, and watch TV for three, four, or five hours until their parent comes home,” she says.

“If those young children were insecurely attached because their parent was unattuned to them, and are then left unsupervised, that’s a form of abandonment.” According to Dianna, responsible supervision is known to dampen the trajectory of young people heading towards the committing of offences, particularly boys.

But what do the children think? It seems some are so ‘at home’ with the idea of having the house to themselves they resist joining their parents on outings. “Madison has so much time alone at home she thinks the house is hers,” says Leila. “She uses it as an excuse to go nowhere with me.”

Ten-year-old Luke often says, “Can I stay home alone?” and Helena sometimes lets him. “Children need to own their house and enjoy it their way,” she says.

Not all kids agree. Ten-year-old Ryan says, “Come home quick, Mum,” every time Paulina makes a dash to the shops.

What The Law Says

Although there is no minimum legal age for leaving a child at home in Australia, the Commonwealth Family Law Act places a legal demand on parents to provide ‘safety’ and ‘supervision’. The Queensland Criminal Code states that a parent who leaves a child under 12 unattended for “an unreasonable time without making reasonable provision for the supervision and care of the child during that time commits a misdemeanour”. What constitutes an unreasonable time depends on the circumstances. The maximum penalty is three years in prison. Although it is likely that many parents leave younger children home in the care of older siblings, parents are still legally responsible if the carer is under 18 (under 16 in Tasmania). That means a parent is liable for criminal prosecution for neglect if something goes wrong.

If You Leave Your Kids Home Alone