This is the second in the series that follows in the ‘Harry Potter’ genre. A page turning meaty book for the more accomplished reader! 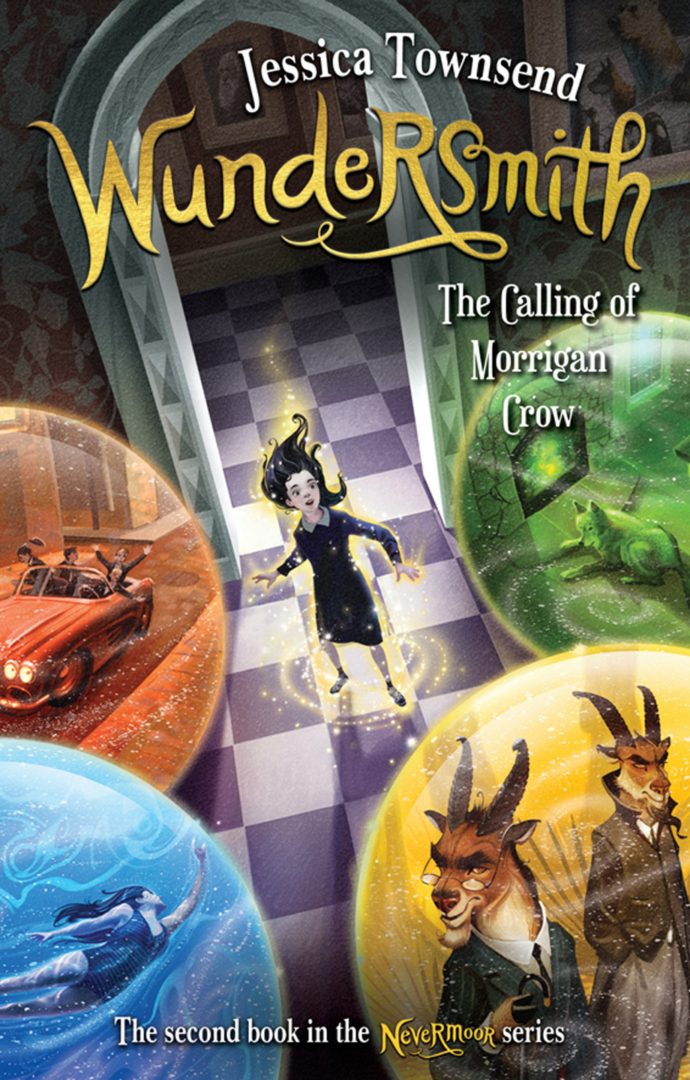 The second book in the Nevermoor series  by Jessica Townsend

Following on from her first book  Nevermoor: The Trial of Morgan Crow, the biggest selling Australian children’s book debut author, Jessica Townsend released her second in a series about twelve-year-old Morrigan Crow who, believing she was cursed, has travelled from her homeland to Nevermoor to discover that she isn’t cursed and, instead, has a magical ability. In book one she has competed successfully to enter the Wunder Society (Wunsoc), where she can be trained.

The secret must be kept

In Wunsoc she finds others who have a variety of magical abilities, or knacks. She finds that she is a Wundersmith, able to manipulate the magic of Wunder itself. Wundersmiths are extremely rare – there is only one other known – and feared. There is a history of Wundersmiths being evil and wreaking havoc. The only other Wundersmith, Ezra Squall, is regarded with fear and loathing by everyone around her. In book one, Ezra has confronted Morrigan and claimed that she was just like him. Only her small cohort of nine students admitted to Wunsoc, selected teachers and friends of her patron know she is a Wundersmith. The secret must be kept, or her whole class will be expelled from Wunsoc.

There is evil afoot, and Morrigan and her friends seem to keep being caught up in it. Ezra Squall seems to have a hand in it, too, even though he has been banished from Nevermoor. Morrigan helps save the day a few times, while discovering more about her abilities.

There are lessons learned along the way

The plot moves swiftly, keeping the reader interested, while allowing Morrigan’s hopes and fears, as well as her relationships with the others in her class, her teachers and patron to develope. She, and others in her group, feel alienated to different degrees by their various knacks. Morrigan especially, because of her upbringing, where she thought she was cursed, and the fear nearly everyone has of a Wundersmith.

There are lessons learned along the way – about human nature and how appearances can be deceptive, and learning to become a team player, as well as being open and truthful when seeking aid.

The book finishes with a question about a Wundersmith’s role and character – are Wundersmiths necessarily evil? It leaves you looking forward to the next book in the series.

Wundersmith is well written and keeps the reader’s attention. The plot moves along rapidly and raises several issues with which the target audience can identify. It then shows that these issues are not insurmountable. There are a couple of darker themes, so discretion is advised for very young readers.

The book is recommended for anyone who likes stories in the vein of the Harry Potter books.